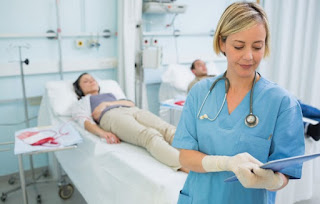 Tamara Hervey, Professor of Law and Head of Law School, University of Sheffield

In a week in which Europe’s media finally work up to a migration story where the scale of human tragedy is so painful as to be barely comprehensible, it seems almost crass to write about any other aspect of migration than those seeking refuge in Europe from devastating war and civil unrest.
But life goes on nonetheless, and this week also sees the European Commission’s publication of its Report on the so-called ‘Patients’ Rights Directive’.  The data in the Report – while incomplete (a fact noted repeatedly by the Report itself) – confirms that this is something of a misnomer.  The underlying aim of the Directive was always going to be obfuscated by political compromise.  Although it was styled the ‘Patients’ Rights Directive’ from its first proposal, to distinguish it from a politically unacceptable ‘Free movement of health services directive’, a more accurate title would probably be the ‘Securing National Health Systems in the Single Market Directive’.

Most Member States have now formally transposed the Directive.  Some 26 Member States failed to transpose the Directive on time, by 25 October 2013. By summer/autumn 2014, 15 Member States had yet to do so (see Commission press releases here and here). The Report notes that five still have not done so, though is coy as to which five.  Incidentally, the number of separate implementing instruments ranges from 116 (Germany) to 1 (Italy, Netherlands).  The pace of transposition and the number of instruments suggest that the ways in which this Directive interacts with laws concerned with national health systems are complex, and that there may well be political opposition remaining in many Member States.  Empirical implementation studies in several Member States confirm this suspicion (special issue of Contemporary European Studies, forthcoming, on file with the author).  Perhaps mindful of this, the Commission Report implies that while transposition may be complete, faithful implementation may not be.

The information in the Report on the use by the Member States of the exceptions to the prior authorisation ‘rule’ is one example of ‘Patients’ Rights’ being something of a misnomer for the Directive.  The Directive explicitly extended the evolving jurisprudence of the CJEU on what constitutes an ‘objective public interest’ justifying a Member State to require prior authorisation before it pays for cross-border health care, to several grounds that had yet to be covered by the CJEU.  These include, beyond hospital care, care involving expensive infrastructure or equipment, treatments that are deemed ‘risky’ for the patient or population, and the splendidly nebulous healthcare ‘ provided by a healthcare provider that, on a case-by-case basis, could give rise to serious and specific concerns relating to the quality or safety of the care, with the exception of healthcare which is subject to Union legislation ensuring a minimum level of safety and quality throughout the Union’ (Article 8 (2) (a)-(c).  The underlying effect of these provisions of the Directive is to provide protection for national health systems from unplanned patient mobility, which could disrupt national settlements in terms of financing and prioritizing health care.  Only seven Member States have not availed themselves of the prior authorisation opportunity.  The European Commission is critical of the basis on which 14 of the other Member States have done so, pointing out that ‘it is unclear for patients exactly which treatments are subject to prior authorisation’.  Perhaps the Commission is setting up the possibility of future infringement proceedings, or, more likely, is signalling that opportunities for further litigation brought by migrant patients could meet a sympathetic ear in at least one of the EU’s institutions.

A second example of the Directive being more about national governments’ entitlements, and the need to protect national health systems from patient migration, than about patients’ rights, is the reimbursement rules in the Directive.  Member States may impose the same formalities on patients seeking cross-border health care as the formalities imposed if a patient seeks health care within the Member State concerned (Article 7 (7)).  The Report confirms that 12 Member States rely on this provision to keep in place ‘gatekeeping’ functions of GP or family doctors.  The Commission flags an overtly discriminatory practice of five of these 12 Member States – insisting that the referral must be from a GP or family doctor in the home Member State.

A significant proportion of the Report considers the ‘National Contact Points’ (NCPs) – the mechanism by which the Directive envisages that patients will learn of their ‘rights’ under the Directive.  The Commission notes several pieces of research (for instance here) suggesting that NCPs are failing to meet this objective in practice.

Overall, the Report shows that few of Europe’s patients have an appetite for cross-border health care.  In the 17 Member States that reported data on requests for authorisations, only 560 such applications were made.  The 20 Member States that reported data on reimbursements under the Directive reported fewer than 40 000 reimbursements (31 000 were made by Denmark, with a population of 5.6 million). Even taking into account patient movement under the well-established social security regulations (Regulation 883/2004/EC), rates of patient mobility for planned care remain low.  Although the Report nods to the obvious reasons why that might be so (costs, inconvenience, desire to be treated in a familiar place, linguistic barriers), the tone of the Report suggests that the Commission’s view is that patient mobility still remains a lost opportunity in the EU.  Citing a ‘patient organisation’, the Report notes ‘patients have high expectation … the prevailing sentiment is that the National Contact Point must be a gateway to healthcare, not a gatekeeper blocking access’ (p 8).

One instance where patients may well seek health care in another Member State is where the patient will not be able to access the treatment sought in the home Member State.  Aspects of the current legal arrangements suggest that the general principle that the health professional (gatekeeper) is subject to the law applicable in the Member State in which she is established is not always respected.  For instance, the implementing legislation on the mutual recognition of prescriptions (Directive 2012/52/EU) does not make explicit that general principle in the context of differences in regulatory arrangements (which medicines are prescription-only, which are banned altogether) between the Member State of establishment of a health professional issuing a prescription following a remote consultation with a patient in another Member State.  One practical example of this failure to embody general principles of EU law into the legislation is the position of Women on the Web, who lawfully issue prescriptions for Misoprostol, which pharmacists in Northern Ireland or the Republic of Ireland do not fill, even though Misoprostol is authorised for marketing in those countries.

The Report ends with some observations on the ‘governance’ aspects of the Directive – provisions on transparency, on sharing good practice, and on better use of resources through voluntary cross-border collaboration.  The broader context here is of course the significant disruption to national health care systems imposed by the EU’s austerity measures.  In terms of ‘patients’ rights’ in the EU, those measures are considerably more significant than the ‘Patients’ Rights Directive’.