In light of the Dano judgment, when can unemployed EU citizens be expelled? 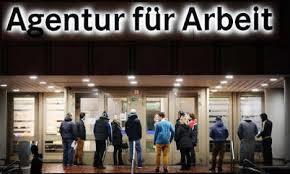 
Yesterday’s important CJEU judgment in Dano concerned an application for access to benefits, not expulsion. So it has no direct impact upon the latter issue. Nevertheless, it is possible that the judgment has an indirect impact on that issue, due to the Court’s interpretation of the EU citizens’ Directive.


Earlier this year, I wrote a detailed blog post on the issue of when unemployment could justify expulsions and entry bans of EU citizens. The following supplements that analysis in light of the Dano judgment.


The bulk of the rules on expulsion (and also denial of entry or exit) appear in Title VI of the EU citizens’ Directive, Articles 27-33. These rules concern expulsions or entry bans on grounds of ‘public policy, public security or public health’. However, they can’t be used to justify expulsions or entry bans of unemployed people, because Article 27(1) says that they ‘shall not be invoked to serve economic ends’.


Having said that, the Directive clearly does allow for the expulsion of unemployed EU citizens and their family members.  Article 15(1) states that some of the procedural rules applicable to expulsion on grounds of public policy, et al, ‘shall apply by analogy to all decisions restricting free movement of Union citizens and their family members on grounds other than public policy, public security and public health’ (my emphasis). On the other hand, the Directive clearly rules out entry bans for such persons: Article 15(3) states that ‘Member States may not impose a ban on entry in the context of an expulsion decision’ within the scope of Article 15(1).


So when exactly can EU citizens and their family members be expelled other than on grounds of public policy, et al? Article 14(4) says that ‘an expulsion measure may in no case be adopted’ against EU citizens or their family members who are workers or self-employed persons, or who entered the territory as job-seekers, provided that (in the latter case) the EU citizens ‘can provide evidence that they are continuing to seek employment and that they have a genuine chance of being engaged’. So Member States can expel job-seekers, provided that the job-seekers fail to meet that particular condition.


What about former workers or self-employed persons, ie those who have lost their job in the host State? Article 7(3) specifies that the status of worker or self-employed person (and therefore, presumably, the protection against expulsion) is retained in a number of cases, such as retraining, or if the worker has worked for at least a year. Earlier this year, the CJEU confirmed that the list of cases where this status is retained is non-exhaustive: it also applies, for instance, to those who quit work due to maternity, for a limited period (see my analysis of the Saint-Prix judgment). But Member States could clarify in their national law that the status of worker or self-employed person is lost in any case where the Directive or the case-law permits it to be lost.


It should also be mentioned that once EU citizens or their family members become permanent residents, due to five years’ legal residence, they have full equal treatment as regards social assistance and need no longer meet the conditions which apply to the initial right of residence. So it obviously follows that they cannot be expelled on grounds of unemployment.


Another important rule in the Directive is Article 14(3), which specifies that ‘an expulsion measure shall not be the automatic consequence of…recourse to the social assistance system of the host Member State’ by the EU citizen or family member.


The impact of Dano


A key element of the Dano ruling was the scope of the equal treatment rule in the Directive, which applies to social assistance. The Court ruled that the equal treatment rule only applied where a person had a ‘right to reside’ under the Directive, ie the right to stay for an initial three-month period without any conditions besides holding a passport, or for a longer period if they are a worker, self-employed person, student or have ‘sufficient resources…not to become a burden on the social assistance system’. In the latter two cases, they must also have medical insurance; students must submit a declaration as regards sufficient resources. It should be noted that according to the Court’s case law, ‘sufficient resources’ need not be generated by the EU citizen himself or herself, but could be provided by someone else, such as a family member.


Does the Court’s ruling mean that persons without a ‘right to reside’ under these provisions of the Directive have no protection against expulsion? The answer is absolutely not: the judgment does not in any way prevent such persons from relying on the protection set out in Articles 14 and 15.


Let’s look at the reasons why that’s the case. First of all, there’s the wording of the judgment itself: the Court states that its ruling applies ‘so far as concerns access to social benefits’, as regards the ‘equal treatment’ rules. The Court is careful to refer to equal treatment and social benefits throughout its ruling, rather than exclusion from the scope of the Directive entirely.


Secondly, there’s the wording of the Directive, which the Court relies on to justify its ruling. The right to equal treatment in Article 24(1) applies to ‘all Union citizens residing on the basis of the Directive’. But no such qualification applies to Articles 14(3), 15(1) or 15(3).


Thirdly, there’s the overall logic of the Directive. As regards Article 15(1) and (3) in particular, since those who qualify for a right to reside cannot be expelled on grounds other than public policy et al, those provisions would have no meaning unless they applied to people who don’t have a right to reside. Similarly, since an application for social assistance could mean that the EU citizen loses a right to reside, Article 14(3) would have little or no relevance unless it applied to those without such a right.


Finally, the Court of Justice already ruled that EU law rules on expulsion protected those who did not have a right to reside under the EU free movement rules that preceded the Directive, in the Commission v Netherlands case. In particular, the Court ruled that:
To exclude from the benefit of those substantive and procedural safeguards [on expulsion] citizens of the Union who are not lawfully resident on the territory of the host Member State would deprive those safeguards of their essential effectiveness.
Logically the same applies here. Indeed, the rules on expulsions on grounds of public policy et al are also not limited in scope to those who have a ‘right to reside’ under the Directive, other than Article 28(2), which applies only to those who have permanent residence. This wording suggests an a contrario reading of the rest of the rules on expulsion.


Types of residence in another Member State


One such case is where they are children of a former worker, or the parent carer of such children. In that case, they will sometimes have rights not under the Directive, but under the separate Regulation on the free movement of workers (see the Alarape judgment).


Thirdly, they might be residing irregularly on the territory of the host Member State.


Finally, they might have a child who has the nationality of the host State, due to a prior relationship with a national of that State. In that case, the interesting question arises whether there might be a parallel with the Ruiz Zambrano judgment, in which the Court ruled that the third-country national parent of an EU citizen child could not be expelled, since that would de facto result in the removal of an EU citizen from the territory of the EU. Could an analogous rule apply to the de facto removal of a national of the home Member State to the territory of another Member State? Or would that be unobjectionable, since the child in question would still, as an EU citizen, remain within the territory of the Union?


We can look forward to some interesting jurisprudence from the Court of Justice.