Capping bankers' bonuses: a step too far for the EU? 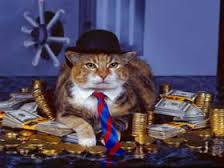 
Bankers are never going to win a popularity contest. The collapse of international financial markets which started in 2008 and has led to austerity across Europe has been widely blamed on lax regulation of banks and irresponsible behaviour by bankers. It has led to a huge overhaul of EU banking regulation, including the transfer of banking supervision to the European Central Bank, new rules on bank bail-outs, and provision for criminal law sanctions against bankers involved in market abuse (discussed here). EU law has gone further still, and adopted rules which cap the amount of bonuses paid to bankers.


The United Kingdom, home to the biggest financial services industry in the EU, has had reservations about some of these new laws. It has opted out of some of them (the market abuse rules, the banking supervision rules and aspects of the bank bail-out rules), and has challenged others in the CJEU. Earlier this year, its challenge to the ban on ‘short-selling’ failed in the Court (see discussion here), and today’s Advocate-General’s opinion suggests that its challenge to the restrictions on bankers’ bonuses should fail too.


These restrictions are found in the EU’s revised rules on capital requirements and the authorisation to take up banking services, which are set out in a parallel Regulation and Directive adopted in 2013. In effect, they require that bankers’ bonuses cannot usually be more than the amount of their ordinary annual salary. By way of exception, the bonuses can be double the amount of the banker’s ordinary annual salary, if bank shareholders agree pursuant to a special procedure.


The UK raised six main complaints against the bonuses rules: lack of competence by the EU to regulate pay; infringement of the principles of subsidiarity and proportionality; violation of the principle of legal certainty; illegal delegation of power to an EU agency (the European Banking Authority); breach of EU rules on data protection and privacy, due to the potential disclosure of the pay received by bankers; and a breach of the principles of customary international law, due to the extraterritorial effect of the rules. Advocate-General Jaaskinen argues that all five complaints be rejected.


First of all, the Advocate-General argues that Article 53 TFEU (the legal base for this measure) is correct, because that legal base can extend to banking regulation generally, not just the promotion of the freedom of establishment for banks. The pay cap does not constitute a ‘social policy’ measure, since it does not regulate the basic salary paid to bankers, which is the basis for calculating any additional bonus.


Secondly, data protection rules are not violated, because the disclosure of bankers’ pay is only discretionary, not mandatory. In the event that Member States make a request for such disclosure, they would then be bound by EU data protection law.


Thirdly, conferring powers upon the EU agency is not illegal, because the powers do not concern the essential elements of the legislation, and the EU Banking Authority does not adopt the measures itself, but merely recommends their adoption to the Commission.  Fourthly, the principle of legal certainty is not infringed by applying the new rules to pre-existing employment contracts. Fifthly, the principles of proportionality and subsidiarity are not violated, because the creation of a uniform system of risk management was better achieved at EU level, rather than national level, and the EU institutions have great discretion to assess how these principles apply. Finally, the UK has not made out its argument that customary international law rules out the extraterritorial application of such limits.


This case is not about whether limiting bankers’ bonuses is a good idea. Rather it concerns whether it is legal for the EU to limit them. If the EU lacks such power, there would in principle nothing to prevent Member States from limiting bankers’ bonuses individually, if they wished. The argument about whether to do so would then be held at a national level, rather than the EU level.


Some of the UK’s complaints are clearly unconvincing.  As the Advocate-General suggests, the argument about international law is not fully fleshed out or convincing. The legal certainty argument fails to consider that employment law regulation usually impacts upon existing contracts; this is justifiable in light of the public-interest principles underlying the very nature of employment law. Anyway, bonuses are inherently variable. As for the data protection argument, the Opinion largely follows what the CJEU established already in EP v Council (family reunion): if EU law provides for options for Member States, the compatibility of those options with human rights law should be judged when and if Member States exercise those options. In any event, prior case law on data protection and salary disclosure does not set out an absolute ban on release (see Satamedia, for instance).


The UK’s other arguments are rather stronger. While it is true to say that the EU’s banking agency does not actually take the final decision relating to implementation of the bonus cap, it does more than simply provide expert advice on this issue. The Commission must then either act on this advice or do nothing at all: so it does not have full discretion to adopt the delegated acts (see the complex decision-making system set up by the Regulation establishing the Banking Authority). This process is fundamentally questionable because it blurs the accountability for the decision being taken (and moreover, it is too convoluted to be transparent).


As for proportionality and subsidiarity, certainly the events of the last six years have demonstrably indicated that a more decentralised system of managing banking risks was ineffective. Hopefully the EU-wide measures will be more successful, but in any event the nature of the subject-matter calls for an EU-wide response, in light of the level of integration between European financial markets and the potential cross-border impact of bank failures. But that isn’t the point: the UK is not challenging the entirety of the capital requirements rules, but only some of the handful of provisions which regulate bankers’ bonuses. In fact, it is not challenging those provisions which prevent bankers from receiving bonuses as a consequence of risky behaviour, but only those provisions which regulate bonuses regardless of bankers’ actions. So the opinion should instead have asked whether these provisions meet the requirements of the subsidiarity principle. It is hard to see how they do.


This brings us to the biggest problem with the Opinion: the argument that the legal base on freedom of establishment can regulate bankers’ bonuses. The legal base point here can only be understood by viewing the Treaty as a whole. It has separate provisions on social policy, which include a ban on EU regulation of pay (Article 153 TFEU). The general internal market power (Article 114 TFEU) specifically states that it ‘shall not apply to’ measures ‘relating to the rights and interests of employed persons’. The Treaty drafters’ intention was clearly to provide for lex specialis rules relating to regulation of pay.


The ban on EU regulation of pay has been clarified in the case-law of the CJEU. In the Impact judgment, for instance, it ruled that the EU could not regulate the level or components of pay, but it could establish non-discrimination rules relating to pay as regards categories of workers. Similarly, the working time directive provides for holiday pay, but does not regulate the level or components of pay which a worker normally receives (which then constitute the basis on which the holiday pay is calculated).


Following the logic of these precedents, it is true to say that the capital requirements legislation does not set the level of bankers’ pay, on the basis of which the bonuses are capped. But it does regulate the components of pay, by determining how much of the total amount of pay can be variable. The Advocate-General’s reasoning would mean that the EU would be free to regulate at least some aspects of workers’ pay in any area of law subject to special rules in the Treaty, rather than the general internal market legal base. So the EU could regulate aspects of the pay of farmers, fishermen, transport workers and anyone in other service industries.


It could reasonably be argued that aspects of pay in these other fields can exceptionally be regulated by EU law where that is an essential component of the regulatory framework. This could be the case in banking, for instance if the overall amount of pay could damage the existence of the bank or bonuses were linked to risky behaviour. The legislation does have rules on these issues, but the UK has not challenged them. So it follows that the opinion is fundamentally unconvincing on the legal base point.


In light of the financial crisis, there are many good reasons to regulate banks more effectively, and it would not be shocking if Member States wanted to react to understandable public anger at the huge cost of bank bail-outs by limiting bankers’ income. But resentment at bankers’ pay, even it is entirely justified, cannot authorise the EU to exercise powers which any reasonable interpretation of the Treaties suggests that it just does not have.


Postscript (November 21st): Like any Advocate-General's opinion, this view is non-binding, although a number of British journalists and politicians forgot this when the opinion was released. In any event, the point is moot since, following publication of the opinion, the UK's Chancellor decided to drop the legal challenge. His official reason was to save taxpayers' money, but this is not convincing since a large majority of the legal fees will surely already have been incurred, and there is still a chance to get them reimbursed if the UK wins the case. A victory for the UK would have not have been improbable, given that the CJEU did not follow this Advocate-General's views in the last major banking law case (concerning the ban on short-selling), and that the analysis of the legal basis point is not very convincing.