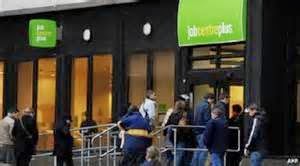 Géraldine Renaudière, Trainee at the CJEU, within the cabinet of the Court Vice-President, Koen Lenaerts. (This post reflects the author's view only).


In yesterday’s judgment in Elisabeta Dano and Florin Dano v Jobcenter Leipzig, the CJEU once again addresses the highly sensitive issue of the exclusion by national legislation of economically inactive Union citizens, from special non-contributory cash benefits, although these are provided to nationals of the respective Member States who are in the same situation. One year after its controversial Brey decision, the Court attempts to redefine the relationship between two primordial EU law instruments: Directive 2004/38 on the right of citizens of the Union to move and reside freely within the territory of the Member States (the citizens’ Directive) and Regulation 883/2004 on the coordination of social security systems. The broader political context of the judgment has been discussed in the separate post by Steve Peers, but it is also important to examine the judgment in the historical context of the development of the case-law on EU citizens' access to benefits.


In this regard, it might be noted that although the Maastricht Treaty marked an important milestone in the field of free movement of persons by expanding the right to move and reside freely within the EU (formerly the exclusive preserve of people exercising an economic activity) to all Union citizens, the traditional “economically-oriented” approach has never entirely disappeared from the EU legal landscape. So the right of free movement remains subject to limitations and conditions, as laid down in Articles 20, (2) and 21 TFEU. On several occasions, the CJEU was called upon to clarify those conditions (now specifically provided by Directive 2004/38) while at the same time it had to deal with the closely related issue of the (equal) access for EU citizens to social assistance and minimum subsistence benefits in the State of residence.


The least one can say is that, so far, the Court hardly achieved the right balance between the rights of economically inactive migrants and the legitimate interest of Member States to protect their welfare systems from so-called benefit tourism. Even more, it has caused further confusion regarding the very existence of a “right” to social benefits for European students, retired people or in a particular state of need. The question now is whether the Dano judgment departs from the previous logic and to what extent it ensures greater legal certainty and a fairer balance of the interests at stake.


In the case at hand, the Sozialgericht Leipzig of Germany requested a preliminary ruling in a case concerning the refusal from the German authorities to grant Mrs. Dano and her son, Romanian nationals and non-economically active, subsistence benefits, social allowance as well as contribution to accommodation and heating costs. In reply to questions raised by the national judge, the Court starts to recall that such “special non-contributory cash benefits” fall within the scope Article 4 of Regulation 883/2004. This provision, corresponding to the specific expression of the principle of non-discrimination embodied in Article 18 TFEU (applying to Union citizens who invoke in the host Member State such category of social benefits) must however in the present case be interpreted in the light of Article 24 of Directive 2004/38 which sets out an equal treatment rule for Union citizens exercising their right to move and reside freely within the EU territory.


Essentially following the Advocate General’s observations, the Court admits for the first time that when it is apparent that the applicant does not meet the conditions set out in Article 7(1) of Directive 2004/38 (i.e. does not have sufficient resources to meet his own basic needs and the needs of his family) he does not fall within the scope ratione personae of Article 24(1) and (2) of the Directive. Therefore, as far as social benefits are concerned, a Union citizen is not entitled to claim equal treatment with nationals of the host Member State once it is established that his right of residence in the territory of that State does not comply with the conditions of the Directive 2004/38.


In a series of judgments rendered prior to the entry into force of Directive 2004/38, the usual approach adopted by the CJEU was to consider the right to equal treatment and non-discrimination on grounds of nationality in the host State as the corollary of the status of citizen of the Union, both principles being consecrated by the TFEU (see the Martinez Sala judgment). In that sense, it enabled those who found themselves in the same situation to enjoy the same treatment in law, irrespective of their nationality, and therefore to be granted social assistance benefits (minimex or family benefits) independently of a right to reside and to move freely within the territory of the Member States in the meaning of EU Law (see the Grzelczyk and Trojani judgments). Regarded as a cornerstone of Union citizenship, only restrictive and proportionate differential treatments were deemed acceptable whilst forgetting that Article 18 TFEU additionally requires a situation to fall “within the scope of application of the Treaties”.


Having been criticised for this “too generous” approach, the Court progressively allowed more flexibility to Member States which, depending on the case, could render the access to social benefits for economically inactive EU migrants conditional upon the demonstration of a genuine link to the employment market (Collins and Vatsouras), a certain degree of integration into the host society by the person concerned (Bidar and Forster) or temporary financial difficulties unlikely to place an unreasonable burden on the State’s public finances (Grzelczyk again).


While this balanced and individual approach is to be welcomed, this case-law, still referring to vague and general concepts and leaving a wide margin of appreciation to national authorities, somewhat undermined the legal certainty and predictability of the Court’s decisions. Yet the Court adopted the same logic in Brey, albeit the issue at stake was a bit more complex. In that case, a compensatory supplement was refused to a retired German national on the ground that he didn’t have sufficient resources to establish his lawful residence in Austria in the meaning of Article 7 (1) (b) of Directive 2004/38 while the benefit requested was listed among the “special non-contributory benefits” provided by Regulation 883/2004.


According to the Court in its Brey judgment, Member States remain free to determine the conditions to be met in order for inactive EU migrants to receive such benefits, notably having a legal right to reside for more than three months within the meaning of EU law. But paradoxically, when assessing whether such conditions have been fulfilled, national authorities must take into account additional elements, especially the social benefit requested (in this case, intended to ensure minimum means of subsistence of the person concerned: see Skalka) and assess whether being eligible for such benefit could jeopardize the right of residence of the migrant and place an unreasonable burden on the national social assistance system as a whole.
In such circumstances, it appeared almost impossible to clearly define the beneficiaries of those special non-contributory benefits. On the contrary, the judgment in Dano (also dealing with the relationship between the Directive and the Regulation, especially in terms of equality of treatment) is much less confusing on that point: Member States can decide to exclude inactive European Union citizens from accessing non-contributory benefits when they do not have a proper right of residence pursuant to Article 7(1) of Directive 2004/38. More importantly, the condition of having sufficient resources not to become an “unreasonable” burden on the social assistance system of the host Member State, is to be appreciated in the light of individual circumstances but without taking into account of the social benefits claimed.


By proceeding in this way, the Court clearly distinguishes people who have acquired a legal right of residence of more than three months, but who, owing to circumstances, are temporarily unable to fulfill the necessary conditions, from people who have arrived in a Member State without fulfilling such conditions and are therefore not entitled to rely on equality of treatment to get (unconditional) access to such benefits. Any other interpretation would, in the Court’s view, defeat the object and purpose of the Directive 2004/38 seeking to prevent economically inactive citizens from using the host Member State’s welfare system to fund their means of subsistence.
It remains now to be seen whether this last case, beyond the legal clarification, will put an end to the practical difficulties which might result from the interpretation of concepts such as “sufficient resources” or “unreasonable burden” (when the very right of residence within EU law is contested or when financial issues of the inactive migrant are no longer “temporary”…) and whether, in practical terms, a fair and reasonable balance between EU inactive migrants’ rights and Member States’ legitimate interests has finally been achieved…