They paved paradise, they put up a parking lot; but they couldn't invoke the EU Charter of Rights 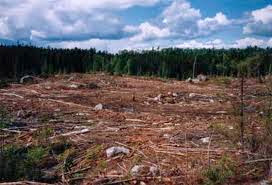 
The immortal words of Bob Dylan (and revoiced by Tracy Chapman) lament the irreparability of environmental damage. At least in some cases, however, it is possible to attempt to restore the damage caused. Does national law that seeks to require the restoration of such damage within the scope of EU law - and therefore the scope of the EU Charter of Fundamental Rights?

In today's judgment in Siragusa, the Court of Justice of the European Union (CJEU) was asked to rule on whether the Charter could be invoked by Mr. Siragusa, who had developed buildings on a protected landscape site. Perhaps inspired by the Dylan/Chapman song, the regional government in Sicily knew what it had got once it was gone. While the national law provides that developers can only be punished by a fine if their prohibited development does not expand the floor space of the building, Mr. Siragusa's development was bigger than that.  So he was ordered to tear it down.

In his view, this violated his property rights, and he convinced a national court to ask the CJEU whether the national decision breached Article 17 of the Charter, which recognises the right to property. Of course, there is a need to show a link to EU law before the Charter can be invoked, according to Article 51 of the Charter (see the comprehensive analysis of this Article by Angela Ward in the forthcoming commentary on the Charter).

According to the Court of Justice, there was not a sufficient link to EU law, so the Charter could not be invoked at all. Mr. Siragusa had referred to a number of different EU legal instruments, but the Court ruled that it was not enough that EU law had an 'indirect impact' or was 'closely related' to a dispute. Rather, the question was whether the national law was 'intended to implement' EU law, including the nature of that legislation and its objectives. In this case, none of the EU measures referred to impose specific obligations to protect the landscape, even though landscape protection is referred to in Directive 2011/92 on environmental impact assessment, Directive 2003/4 on environmental information, the Aarhus Convention (which the EU has concluded) and Regulation 1367/2006 on environmental information held by the EU institutions.

The Court also made a general statement about the purpose of protecting human rights within the EU legal order. The objective is 'to ensure that those rights are not infringed in areas of EU activity, whether through action at EU level or through the implementation of EU law by the Member States'. And the reason for this objective is the need to avoid the protection of fundamental rights varying in Member States in such a way as to damage the primacy or effectiveness of EU law.

The leading case on the interpretation of Article 51 of the Charter is last year's judgment in Fransson. That case concerned the collection of VAT, which is regulated in detail by EU law. Even though the EU legislation does not regulate the process of collection of VAT, the CJEU said there was a sufficient link to EU law for the Charter to apply.

With respect, it is hard to see much distinction in principle between Fransson and Siragusa. EU environmental legislation certainly aims to protect the landscape (as evidenced by the references to landscape protection in the EU environmental legislation discussed by the CJEU), much as it aims to set up a standard system of VAT. It does not impose specific obligations regarding enforcement of landscape protection obligations, but neither does the VAT legislation regulate the details of enforcement of tax collection.

Arguably the cases can be distinguished because the substantive EU law concerning landscape protection imposes less precise obligations than the EU law defining the scope of VAT. However, this is a rather vague distinction, and the Court should indicate clearly whether it wishes to establish such a dividing line, and if so, where exactly to draw it. Today's judgment makes no mention of Fransson in this context, which is hardly helpful.

Finally, it is disturbing that the Court's rationale for protecting human rights within the EU legal order is subordinated to the primacy of EU law. The Treaty drafters made clear that human rights protection is one of the values on which the EU legal order is built. Surely the purpose of the primacy of EU law is to ensure the effective protection of those values - and not the other way around.