Would an independent Scotland have to reapply to join the EU? 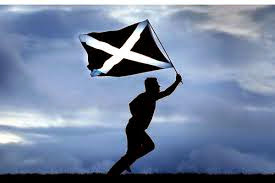 I have looked at these issues before, as part of a longer analysis of the legal issues arising from the EU Treaty amendment process, published in the Yearbook of European Law. However, now that the issue has arisen in practice, it's a good time to revisit the topic.

First of all, as a matter of (non-legal) principle, it's clear what the answer ought to be. If Scottish independence is supported by a majority of Scottish votes, then, given that the legitimacy of the vote is accepted by the rest of the UK, Scotland ought to remain an EU Member State with the same opt-outs that the UK now has. Our views on the desirability of independence (for the record, I would be sad to see Scotland leave the UK) should not influence our interpretation of the legal position, or our recognition of the democratic legitimacy of the process. But nor can we assume that the legal position is aligned with what it ought to be.

Secondly, one aspect of the debate is worth noting: it seems to be taken for granted that Scotland ought to remain an EU Member State after independence. From the perspective of the Eurosceptic Deep South of the UK, this is surprising. There are, of course, some Eurosceptics in Scotland: the Shetland Islands and Western Isles voted against the Common Market in 1975. But polls show 2-1 support for remaining in the EU, so it doesn't seem to be an issue. Perhaps Scots just want to make sure that after separation from England, they would still have something to whinge about.

This raises a further interesting scenario: what if Scotland votes against independence this year, but the UK as a whole votes to leave the EU in a few years' time? Could support for independence then increase, given the link with the more popular (in Scotland) case for EU membership?

Finally, it's worth noting that Scottish independence would redress one 'reverse discrimination' issue in EU law, and exacerbate another one - assuming that both Scotland and the remaining UK were both EU Member States. It would end the anomaly by which students from other Member States have the same generous treatment as regards tuition fees in Scotland as Scottish students, while students from the rest of the UK do not. This might well raise questions about the affordability of this policy.

And it would create a new route for British citizens with third-country national family members to avoid the increasingly obnoxious constraints placed by British immigration law upon family reunion with their loved ones. Scottish politicians have talked about increasing immigration to Scotland; the combination of harsh immigration laws in the remaining UK and the application of EU free movement law would mean that they would get their wish.

Would it be possible for an independent Scotland simply to become an EU Member State without further ado, simply by virtue of its independence? The analogy here would be with Algeria, which technically remained a part of France (as a matter of EU law) until the Treaties were amended to catch up with reality in 1993. However, there is a world of difference between a third country which is no longer part of a a Member State and no longer wishes to remain part of the EU, and a State which, having been part of a Member State, wishes to succeed to that Member State's membership of the EU.

The starting point is that the EU Treaties (unlike the founding treaties of some other international organisations) list the Member States of the EU: see particularly Article 52 TEU, and the other provisions referred to in my Yearbook article. It must follow that to alter the list of Member States a Treaty amendment is needed, even where part of an existing Member State has seceded. It is not sufficient for the Member States to agree informally among themselves to this end, for the Court of Justice of the European Union (CJEU) has ruled that the Treaty can only be amended by using the formal procedures provided for to this end (Case 43/75 Defrenne II).

So which Treaty Article would apply to those amendments? Article 48 TEU provides for the Treaties to be amended by unanimous consent of the Member States, while Article 49 TEU provides for a new Member State to join by means of an accession treaty negotiated between the existing Member States and the new Member State, and then ratified by all of them. The key difference between the two procedures from an independent Scotland's point of view (there are other differences, but let's leave them aside for now) is that it would be in a stronger position as a would-be Member State (Article 48) than as a non-Member State (Article 49). So this is, not surprisingly, the view of the Scottish government.

However, the use of Article 48 has to be rejected. The basic legal problem is that only Member States can be party to a Treaty amendment pursuant to Article 48, whereas Scotland would not be a Member State, since it would not be listed in Article 52. If Scotland were a Member State already, recourse to Article 48 to amend the Treaties merely to confirm that fact would not be necessary. It cannot simply be asserted that the listing of the United Kingdom as a Member State in Article 52 implicitly covers Scotland also, after independence, since the whole purpose of holding an independence referendum is precisely to become a separate State. As others have pointed out: after a divorce, you're single.

Sir David Edward has argued that the drafters of the Treaties did not intend that a portion of a Member State which voted to secede from an existing Member State would have to apply as a new Member State. There is no evidence of what the Treaty drafters thought of this issue (if they thought about it at all), but given that some Member States face secessionist movements or even (in the case of Cyprus) breakaway self-declared States, it's hard to believe that all Treaty drafters took such a view.

Also, it has been argued that depriving Scots of EU citizenship would be a breach of the citizenship provisions of the Treaties, since they would lose that status without their consent. But this begs the question: for the reasons I set out here, a vote for an independent Scotland would be a vote to leave the EU. By the same token, the foundation of the EU on the principles of democracy (Article 2 TEU) is not as such relevant, since the second sentence of Article 2 states that these principles are common to the Member States. The same goes for the principle of sincere cooperation set out in Article 4(3) TEU. This argument essentially boils down to: an independent Scotland would remain a Member State, because it is a Member State. It's entirely circular.

The Scottish government seeks to circumvent this chicken-and-egg problem by stating that the current Member States (ie the 28 Member States not including Scotland) could amend the Treaties by means of Article 48 in the 18-month period before Scottish independence took effect, in order to provide for immediate Scottish EU membership upon independence day. It's not quite clear why, as a matter of politics, the other Member States would wish to do Scotland this enormous favour. Anyway, as a matter of law, they couldn't do it: as Professor Kenneth Armstrong has pointed out, Article 49 is obviously the lex specialis provision regarding the addition of new countries to the list of Member States set out in Article 52. However, it would be possible to use Article 48 to amend Article 49 on this point, at the same time as providing for new rules on Scottish membership. This seems an unlikely scenario, however, since it would encourage secessionist movements in other Member States, even if the amendment to Article 49 were limited to the case of Scotland.

In fact, in my view, Article 49 arguably has to be used in conjunction with Article 48, since any Treaty amendment which gives a permanent opt-out for a new Member State from significant EU policies goes beyond what can be addressed in an accession treaty (see my Yearbook article for elaboration), and presumably Scotland would want to keep the UK's current opt-outs. On the other hand, it might reasonably be argued that an exception to the latter rule might be made here, since the legal position as regards the territorial scope of those opt-outs would not really be changing.

Having said that, I am not convinced that the use of Article 49 necessarily would be that difficult in practice. In principle, it should be possible to draw up a very short accession treaty quite quickly, given that Scotland is already applying EU law by virtue of its integration into the United Kingdom. There would be a technical problem negotiating with a State which does not yet exist, but there could be informal talks during the period leading up to independence, with the accession treaty signed on the day of independence. It would arguably be possible (as Professor Armstrong has pointed out) to apply the accession treaty provisionally, pending full ratification, or retroactively if necessary.

An alternative route is to agree a very far-reaching association agreement between the EU and Scotland to ensure that EU law still applies to Scotland in the interim period before the accession treaty can be ratified or (if need be) negotiated. This treaty could in turn be applied provisionally from the date of independence (there are many precedents for the provisional application of treaties between the EU and third States, and Article 218 TFEU expressly provides for this possibility).

This potentially simple legal process could, however, be complicated by purely political problems, if one or more Member States (and it would only take one) wished to slow down the process for whatever reason. It cannot simply be assumed at this stage that this would (or would not) necessarily happen. While Sir David Edward has argued that there would be an obligation to negotiate in good faith in the event of a Scottish 'yes' vote, it is hard to find a provision in the Treaties which supports that proposition.

So, the bottom line is that when Commission President Barroso and Vice-President Reding argue that Scottish membership of the EU would entail (a) an accession treaty and (b) be lengthy and difficult, they are clearly right on the first point, but wildly speculating on the second.