Protecting the rule of law in the EU: should it be the Commission's task? 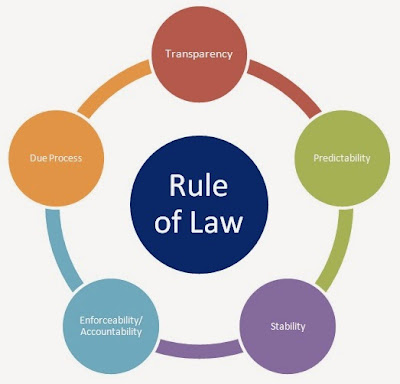 
For some time now, in particular in light of disputes about the behaviour of governments in Romania and Hungary, there has been concern about the protection of the rule of law within the European Union. While the EU can sanction infringements of EU law as such (via means of the Commission or Member States bringing infringement proceedings pursuant to Articles 258 and 259 TFEU), and can punish a Member State for serious and continuing breaches of EU values, including the rule of law (Articles 2 and 7 TEU), there is no means to address possible violations of EU values which are not directly connected to EU law and which fall short of such a serious and persistent breach. Moreover, the threshold to punish a Member State pursuant to Article 7 TEU is very high - the unanimity of all other Member States is required. While it is possible for the Council to address a warning to a Member State that it there is a 'clear risk' of it breaching EU values (Article 7(1) TEU, this also requires a high threshold (four-fifths of the Member States in favour, not counting the State concerned), and has never been used either.

The Commission has now issued a communication which aims to fill that gap. It sets out a detailed strategy which it will follow in future to address concerns about the rule of law which fall neither within the scope of the infringement procedure nor which call for the use of Article 7 TEU. Unlike the Commission's parallel discussion papers on the future of Justice and Home affairs policies, this new communication does not depend on endorsement by the European Council.

The Commission identifies key features of the rule of law: legality, legal certainty, non-arbitrary exercise of power; independent and impartial courts; effective judicial review; and equality before the law. These concepts are further explained in an annex to the new communication.

As for the process, it is based on a list of principles: a dialogue with the Member State concerned to find a solution; an objective and thorough assessment; respect for the principle of equal treatment; and the indication of concrete actions to solve the problem. It consists of three stages.

In the first stage, the Commission will collect information, including from the Council of Europe and the EU Fundamental Rights Agency. There is no reference to what might trigger such an initial investigation. If the Commission believes that there is a systemic threat to the rule of law, it will send a 'rule of law' opinion to the Member State concerned, setting out its concerns and asking the Member State to respond. But there will be meetings with the Member State concerned before issuing this opinion. The Commission believes that the Member State will be under an obligation to cooperate, pursuant to Article 4(3) TEU (the loyal cooperation rule). The start of the Commission's assessment and the sending of the opinion will be public, but the content of the discussions will not. It is not clear whether the content of the opinion will be public.

If there is no satisfactory settlement, the Commission will move to the second phase: a 'rule of law recommendation', where is there objective evidence of a systemic threat which that Member State is not addressing. This will indicate the reasons for the concerns and the steps to be taken, which may include specific actions which that Member State should adopt. Sending the recommendation and its main content will be public.

In the third phase, there will be a follow-up to the recommendation, examining whether problems continue to recur. If the follow-up is not satisfactory, the Commission might trigger Article 7 TEU.

First of all, in order to address public concern about the possible infringement of the rule of law, it is important that the process be transparent. While it understandable that discussions with the Member State concerned remain confidential, the Commission should have committed itself to publishing the content of its opinion and the full context of the recommendation, any evidence received during the process, and the documents relating to follow-up.

Secondly, it might be questioned whether the Commission is the best-placed institution for this task. Its proposal broadly resembles the infringement procedure (a letter to a Member State, followed by a reasoned opinion, then seizing the Court of Justice), but that procedure ultimately results in a judgment by the CJEU, if it reaches that stage. The procedure also resembles the EU's economic governance process, but that process culminates in a decision by the Council. Given that the Article 7 process entails decisions by the European Council and the Council, perhaps those bodies (alongside the European Parliament) could be best placed to become involved in the rule of law determination.

Of course, that would entail a risk of politicisation of the process (as is clear from the application of the effective deficit procedure in practice). But the Commission is not immune to politicisation either, in particular if its President is in effect elected pursuant to the results of the European Parliament elections, as many EP parties presently suggest.

This could be avoided by handing the process over to the CJEU, but such new jurisdiction cannot be conferred without Treaty amendment. During the arguments concerning Hungary, the Commission considered the prospect of suing Hungary pursuant to the infringement procedure on the basis that 'packed' courts could not guarantee the effective and impartial application of EU law. Of course, there is a catch-22 here: a Member State flouting the rule of law may not care what the CJEU says.

It would therefore be best if the Commission relies, as heavily as possible, upon the reports of impartial outside observers such as the Venice Commission. In the long run, the best solution might be for some form of new quasi-judicial mediation body to be set up, avoiding both the charges of politicisation and the risk of non-enforcement of judgments.