REPowerEU: a European fiscal space beyond the pandemic 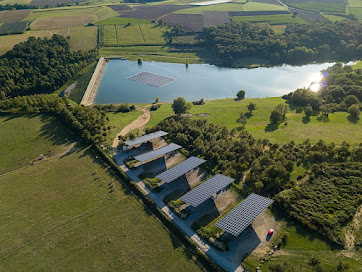 The European Union is in the process of adopting a new initiative named REPowerEU to manage the current energy crisis which followed the Russian invasion of Ukraine. On May 2022, the Commission presented a comprehensive REPowerEU strategy which includes a proposal to amend Directives on the promotion of the use of energy from renewable sources, on energy performance of buildings and energy efficiency, as well as an ambitious industrial policy program which aims to break free from all energy dependency. Only the latter will be the object of the current analysis and I will refer to it as the REPowerEU plan. This programme is designed to boost reforms and investments dedicated to diversifying energy supplies and will be embedded in the legal architecture of Next Generation EU (NGEU), which is the European plan for the economic recovery after the Covid-19 pandemic. This blogpost, after depicting the geopolitical context of the adoption of REpowerEU, will explain its objectives, its legal structure and its functioning. It will then conclude that NGEU represents a blueprint for further European initiatives which involve common spending in times of emergency.

As it is well known, in order to tackle the economic consequences of the pandemic, the EU adopted the NGEU plan which consists of taking up common debt of up to 750 billion euro to distribute funds amongst the requesting Member States. The distribution is in the form of loans and grants based on a formula that favors countries most affected by Covid-19 (see Art 12 of Reg 2021/241 establishing the Recovery and Resilience Facility). This unprecedented and ambitious plan has allowed the EU to avoid a serious economic recession caused by the consequences of the lockdowns. Since then, another unexpected geopolitical event occurred being the Russian invasion of Ukraine.

Before the outbreak of the conflict in Ukraine, EU Member States relied extensively on Russian energy imports which provided gas and oil, both for industrial and household use. Accordingly, the Russian energy supply played a crucial role within the European economy. It became self-evident that the EU’s dependence on Russian oil and gas markets represents a threat for the continuation of the EU’s economic recovery following the pandemic and makes an enfranchisement strategy indispensable. Therefore, with the Versailles Declaration of 10 and 11 March 2022, the Heads of States and Governments of the EU agreed on the need for a plan to phase out the dependency on Russian fossil fuel imports.

This ambitious objective requires massive investment in strategic energy infrastructure having an estimated cost of up to 210 billion euro. As such, the EU is confronted with the need to provide additional large amounts of funding to cover the cost of these new investments. The Recovery and Resilience Facility (RRF), the temporary fiscal capacity dedicated to the pandemic introduced with NGEU, is regarded as a “well-suited” instrument to contribute to the Union’s response to these new challenges. To foster the independence and security of the Union’s energy supply, REpowerEU will channel additional funds to the RRF and allocate these amounts to the Member States to modernize the EU energy infrastructure.

Moving to the legal structure of REpowerEU, the plan will have the form of a Regulation of the Council and the European Parliament which amends Regulation (EU) 2021/241 establishing the Recovery and Resilience Facility (RRF). REPowerEU introduces within the framework of NGEU, an additional chapter of reforms and investments, dedicated to diversifying energy supplies and increasing energy efficiency of the Member States. REPowerEU also amends Regulation (EU) 2021/1060 which lays down Common provisions on European funds, Regulation (EU) 2021/2115 that regulates the European Agricultural Guarantee Fund (EAGF) and the European Agricultural Fund for Rural Development (EAFRD), Directive 2003/87/EC establishing a scheme for greenhouse gas emission allowance trading within the Community, and Decision (EU) 2015/1814 on the Market Stability Reserve for the Union greenhouse gas. Amending certain provisions concerning European funds is crucial to channel additional resources to a new “basket” of the RRF, which will be specifically dedicated to finance energy related targets also called “REPowerEU objectives”.

The legal basis for the RRF is Article 175 (3) TFEU, a provision falling within the scope of the cohesion policy that allows the establishment of specific actions outside pre-existing funds when they are proved to be necessary. This provision is drafted in very broad terms and actions to be adopted only need to comply with a necessity test. The general objective of the RRF stated in Article 4 of Regulation (EU) 2021/241 is to promote the Union’s economic, social and territorial cohesion by mitigating the social and economic consequences of the Covid-19 crisis. REPowerEU amendments aim at increasing the resilience of the Union energy system in two ways, on the one hand through a decrease of dependence on fossil fuels and, on the other hand, through a diversification of energy supplies at Union level.

At the heart of the REpowerEU implementation is the pooling of pre-existing European resources for new energy related targets and milestones, such as improving energy facilities to meet immediate security of supply needs, boosting energy efficiency in buildings and critical energy infrastructure, increasing the production of renewable energy, addressing internal and cross-border energy transmission bottlenecks and supporting zero-emission transport. To accompany those changes, the workforce must also be requalified towards green skills. The provisional agreement on the Commission proposal reached between the European Parliament and the Council in December 2022 set up that at least 30% of resources distributed under REPowerEU must be allocated to measures having a cross-border or multi-country dimension or effect. Moreover, the co-legislators agreed on establishing measures to tackle energy poverty and to support vulnerable households, SMEs and micro-enterprises particularly affected by energy price increases.

The REPowerEU objectives will be financed in three different ways. Firstly, by revenues coming from the Emission Trading System; secondly by redirecting unspent NGEU’s loans; and thirdly by channeling pre-allocated resources from shared management programmes. As to the new revenue, additional grants of up to 20 billion Euro will be made available. This amount comes from the auctioning of the Emission Trading System allowances. The amendments to Directive 2003/87/EC authorize the auctioning of the allowances for the period until 31 December 2026 and until the total amount of revenue has reached 20 billion Euro. This revenue will be available to the Recovery and Resilience Facility. Resources from the ETS, disbursed in the form of non-repayable support, represent an example of solidarity and economic redistribution within the EU that favors Member States most negatively affected by the energy crisis. To this purpose, the distribution criteria will consider their energy dependency rate and the share of fossil fuels in gross inland energy consumption.

As to the REPowerEU loans’ component, REPowerEU will allow the allocation of unspent NGEU’s loans to the new REPowerEU objectives. As known to date, not all 27 Member States requested NGEU’s loans within their National Recovery and Resilience Plans. For example, Germany’s recovery plan foresees only the request for grants. Notwithstanding, according to Article 14 of the Regulation establishing the RRF, those Member States may ask for support in the form of loans until August 2023. Indeed, those States have access to finance in the financial markets at very low interest rates because of their high credit ratings. As it is self-evident, they have no appetite for this type of financial support, which is provided by the EU only upon the achievement of ambitious targets and milestones set in the National Recovery and Resilience Plan. This explains why there are currently unspent loans within NGEU. Therefore, REPowerEU aims to mobilize these resources to those Member States that have the need due to their lower financial ratings. To this aim, Member States will have a limited period of time after the entering into force of REPowerEU to communicate to the Commission whether they intend to request additional loan support. Afterwards, the Commission must present an overview of the willingness expressed by the Member States and propose a plan for the distribution of the available resources.

The REPowerEU objectives will also be financed by a percentage of resources coming from other funds established by the Union standard budget, i.e. non NGEU-related. In other words, the REPowerEU will allow the redirection of pre-allocated funds to support new energy targets. This third way of financing the REPowerEU objectives is very innovative as it allows Member States to request to transfer resources under shared management programmes to the RRF. Those transfers consist in up to 12.5% of the national allocation under the Common Provisions Regulation (EU) 2021/1060, up to 12.5% of the national allocation under the European Agricultural Fund for Social Development. The Council has proposed the transfer to the RRF of all or part of a provisional allocation from the Brexit Adjustment Reserve. In this way, requesting Member States can pool European resources already allocated to them under different European spending programmes towards energy related targets. This exercise requires strategically orienting public expenditure in times of emergency.

Although NGEU was built as a one-off operation, the current energy crisis is showing that it is flexible enough to accommodate new emerging needs. In particular, the RRF being based on an ordinary cohesion legal basis seems capable to survive well beyond the pandemic. As long as economic resources are channeled to the RRF, this new facility can accelerate investments and address common strategic objectives. The adoption of a plan such as REPowerEU proves that NGEU is a blueprint for further action as the functioning of the RRF is capable to be used again and again. It also shows the necessity for the EU to equip itself with tools to quickly react to unexpected shocks. It remains to be seen if NGEU will account to a mere temporary fiscal space, confined to Covid-19 and the current energy crisis, or rather a much needed permanent one to boost common strategic investments beyond the pandemic.