Does the Court of Justice of the European Union Respect the Limits of EU Competence? 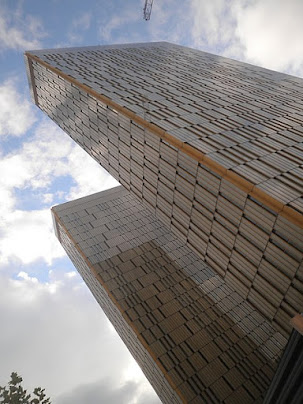 My new book, ‘Judicial Authority in EU Internal Market Law: Implications for the Balance of Competences and Powers’ (Hart Publishing 2022), examines how the Court of Justice of the European Union expands EU competences through the interpretation of EU internal market law.

Much has been written about the EU’s so-called ‘competence creep’, describing the extension of EU competence (or power) to regulate the internal market into the areas in which the EU has not been granted explicit competence to act, such as public health, social security, and others. That discussion criticizes the EU legislature – Commission, Council and Parliament acting together – for failure to respect the limits of EU competence and the Court for failure to police those limits. Yet it largely overlooks a related, and equally important, question: does the Court itself observe the limits of EU competence in the interpretation of the rules of the internal market laid down in the Treaties? This question lies at the heart of my new book. The inquiry conducted in the book exposes the scale of the problem of the EU’s competence creep and demonstrates that the exercise by the Court of its interpretative authority is its major, and often dominant, cause.

The limits of EU competence are governed by the principles of conferral, subsidiarity and proportionality. Whilst the principle of conferral defines the scope of EU competence, the principles of subsidiarity and proportionality limit its exercise. The book examines to what extent the Court observes these principles in the interpretation of EU free movement rules. It argues that the Court’s observance of the three principles has been inconsistent, thereby creating constitutional tensions in the EU’s relationship with the Member States and upsetting the institutional balance of powers between the EU legislature and judiciary.

According to the principle of conferral (Art 5(2) TEU), the EU can act only within the scope of the competences that Member States have conferred upon it in the Treaties. The Treaties contain a list of EU competences, dividing them into exclusive, shared and supplementary (see here). Notably, the EU does not have any real powers in the areas belonging to its supplementary competences, such as, for example, healthcare, education and, for the most part, social policy. Its action in these areas is limited to the adoption of measures of a recommendatory character.

The phrasing of the principle of conferral in the Treaties suggests that there is a clear line as to what the EU can and cannot do. But in reality this is far from true. In the way conferral is interpreted by the Court, it allows the EU to interfere into the areas that in principle fall outside the scope of its competences to the extent that such interference stems from the exercise of a competence that has been conferred upon the EU. For instance, the EU has not been granted competence to legislate in the area of public health. Yet it can enact such legislation as long as it contributes to the functioning of the internal market (see Tobacco Advertising II judgment, concerning the validity of EU directive on the advertising and sponsorship of tobacco products).

EU legislation aside, Member States must comply with the rules of the internal market laid down in the Treaties in all areas, regardless of whether these belong to EU or Member State scope of competence. So, for example, Member States retain the competence to regulate the exercise of collective labour rights, namely the right to collective bargaining and right to strike. However, they must regulate these rights in a way that does not violate the EU’s economic freedoms – freedom of establishment and of provision of services in particular (see Viking and Laval judgments).

The book argues that if conferral is to have a meaningful normative function in EU law, there needs to be a limit to how far EU internal market law can encroach into the areas of competence that should in principle be exempted from any binding interference on behalf of the EU. In the context of the judicial interpretation of free movement law, that limit lies in the conditions that trigger the application of free movement law. These are the conditions that have to be satisfied for the matter to fall within the scope of free movement. For instance, in order to benefit from the EU’s economic freedoms, the activities in question have to be of an economic, as opposed to social, nature and the challenged national law or practice has to constitute a restriction on those activities.

When interpreting the meaning of these conditions in a given case, the Court should adopt a systemic approach, contextualising them in the requirements of the principle of conferral. This presupposes a judicial interpretation of the concepts of ‘economic activity’ and ‘restriction’ that balances the objectives of the internal market inherent in these concepts with the concerns relating to the protection of national competence and regulatory autonomy. Such balancing exercise should be performed whenever free movement law collides with policy areas that are constitutionally sensitive from the EU law point of view. As a consequence, activities which have some economic features but are otherwise heavily regulated at the national level in the interests of social policy and solidarity, would fall outside the scope of the economic freedoms. A prominent example of such activities is the provision of public healthcare and education services.

Having conducted an inquiry into free movement case law involving three sensitive areas of national policy – healthcare, education and collective labour law, the book finds that the Court has systematically failed to engage in any meaningful reflection of competence concerns in the interpretation of the scope of free movement rules. This practice places the Court in tension with the principle of conferral.

The case law has also diminished the effectiveness of the legislative dimension of the principle of conferral. Specifically, it has opened up the possibility for matters that had been reserved to the regulatory prerogative of the Member States to be addressed at the EU’s legislative level through the functionally broad provisions of the Treaties (legal bases) dedicated to the regulation of the internal market. For instance, by holding that the provision of public healthcare is an economic activity, the Court sent a signal to the EU legislature that healthcare, as a service, could be legitimately legislated on under Art 59 or Art 114 TFEU. This enabled the adoption of EU Directive on Patients’ Rights, which governs access to cross-border healthcare, notwithstanding that EU-wide harmonisation in the area of public health is excluded by Art 168 TFEU.

Observance of Subsidiarity and Proportionality in Free Movement Case Law

The principles of subsidiarity (Art 5(3) TEU) and proportionality (Art 5(4) TEU) govern the exercise of EU competences. Subsidiarity applies to the areas of competence that are shared between the EU and Member States. It sets out the conditions under which the competence concerned should be exercised by the EU rather than Member States. Essentially, it stipulates that policy decisions should be taken at the level of the Member States unless action at the EU level could be more effective. Proportionality, on the other hand, controls the intensity of EU action. It limits intervention by the EU to what is necessary in light of the objectives pursued.

How do the principles of subsidiarity and proportionality manifest themselves in the judicial interpretation of the Treaties? They do at the stage of the judicial inquiry into the justification of national measures restrictive of free movement. The degree to which restrictive measures can be justified depends on the standard of judicial review employed by the Court. Accordingly, the standard of judicial review determines the space left for domestic regulatory action in the situation concerned. It thus affects both the scope of national regulatory autonomy (subsidiarity) and the interests protected within its exercise (proportionality). So, for example, when free movement law is construed to require that trade unions employ the ‘least restrictive’ means in negotiations with foreign businesses, this inhibits their autonomy to regulate the terms and conditions of employment as well as their ability to protect workers’ interests. This implicates both subsidiarity and proportionality.

The Court has been inconsistent in its observance of the principles of subsidiarity and proportionality across the policy areas studied in the book.

In three of the four areas – healthcare, education and collective labour law, the Court has employed a high standard of review of national measures, focused on the test of necessity. This approach is well illustrated by the Bressol judgment. The case concerned Belgian measures restricting foreign students’ access to some of the oversubscribed medical programmes. For context, in some of these programmes foreign students (mainly French) would make up more than 80% of the class. This situation raised concerns about the potential shortage of health specialists in Belgium and, more broadly, about the financial sustainability of the country’s higher education system, which was based on free and open access. The Court held that in order to be justified, government measures had to be appropriate and proportionate. Notably, the assessment of proportionality had to take into account the possibility that the government might have been able to achieve its regulatory goals with less restrictive means. Finally, the government was required to provide ‘an objective, detailed analysis, supported by figures, … capable of demonstrating, with solid and consistent data, that there [were] genuine risks to public health’ (para 71).

Essentially, the Court’s reasoning made clear that the Belgian higher education policy could only be pursued by employing measures that did not restrict the free movement of students in the EU.

This approach can be contrasted with the one employed by the Court in the gambling case law. Governments often limit access to their gambling markets for foreign operators, often by monopolising the operation of gambling. (This keeps the revenues derived from gambling within national borders.) The Court’s review of these types of measures is highly deferential. It is grounded in respect for national regulatory autonomy in the gambling sector. In that connection, the Court holds that Member States are entitled to a margin of appreciation, or discretion, when regulating gambling activities. Accordingly, ‘it is for those authorities to consider whether, in the context of the aim pursued, it is necessary to prohibit activities of that kind, totally or partially, or only to restrict them and to lay down more or less rigorous procedures for controlling them’ (see Zenatti judgment, para 33).

As a result, governments are allowed to bar foreign operators from entering their gambling markets as long as such restrictions are consistent with the regulatory objectives pursued.

The book ultimately argues that discrepancies in the standard of judicial review employed in relation to the areas under study – healthcare, education and collective labour law, on the one hand, and gambling, on the other – cannot be justified considering their comparable political and social sensitivity. Rather, these discrepancies indicate that the Court has been unfairly selective in its observance of the principles of subsidiarity and proportionality in the free movement case law.

In light of its findings, the book advances a proposition aimed at restoring the balance of competences within the EU and thus easing the tensions created by the case law. Specifically, it proposes that the principles of subsidiarity and proportionality should be reinforced into EU-level judicial practice concerning the areas of national policy which are in principle reserved to Member State competence. In practice, this would require the Court to employ, in relation to those areas, a set of techniques of judicial interpretation – already to be found in the Court’s wider case law – that are aimed at lowering the standard of judicial review. These techniques are the margin of appreciation, the ‘fair balance’ approach and exemption from the scope of EU law.

The proposed reform would ensure that the exercise by the Court of EU judicial authority through the interpretation of internal market law respects the limits of EU competences.