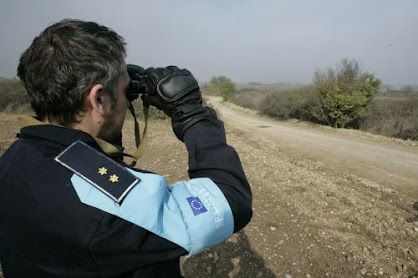 Since its creation in 2004, Frontex’ role and responsibilities have been some of the most debated issues among EU and human rights observers. Reasons for such attention are many: misuse of power, lack of transparency and non-cooperative behavior are just some of the allegations addressed to the Agency by professionals as policy experts and lawyers, academia, activists and NGOs.

Such criticisms are not only exogenous to the EU: the Frontex Consultative Forum (established in 2012, it assists the Executive Director and the Management Board in fundamental rights matters) expressed serious concerns in its annual reports for many consecutive years. It disclosed that the Management Board undermined the Fundamental Right Officer’s independence by appointing a former Adviser of the Executive Director as Fundamental Rights Officer ad interim; more seriously, it denounced the Agency’s reluctance to provide the needed human resources to the Fundamental Rights Office and to limit the Forum’s access of information. Also, it brought the ineffectiveness of the Individual Complaint Mechanism to the public’s attention: in 2018 only 3 incidents for alleged violations and 10 complaints were reported: an incredibly low number considering the 1500 officers deployed along the EU’s external borders.

Despite the almost total absence of incident reporting, the media revealed many instances in which the Agency’s officials were implicated in acts of physical violence towards refugees through the use of pepper spray, batons, and of dogs to hunt migrants. These deficiencies on human rights are due to its regulatory framework: while Frontex has been progressively granted a higher degree of power in the management operational tasks, its accountability did not grow accordingly. In fact, its competences and powers were strengthened by the 2016 Regulation and then again in 2019 (as discussed here and here).

This latter revision created the first EU uniformed service: the European Border and Coast Guard standing corps. The shift from mere assistance to Member States to operative powers was not accompanied by the setting up of a redress mechanism for violations of human rights. This brought the EU Ombudsman to recommend back in 2013 the establishment of an instrument enabling those whose fundamental rights were breached by Frontex to complain. While no action was immediately taken within the Agency, such recommendation was embedded in the 2016 Regulation and then enhanced in 2019. The current mechanism now provides the possibility of lodging a complaint for violations resulting from actions and omissions (Article 111, para. 2) but, as observed  by the Consultative Forum, it substitutes a proper independent judicial review and therefore does not satisfy the right to an effective remedy as enshrined in Article 47 of the EU Charter of Fundamental Rights. To assess this and other issues (i.e., the independence of the Fundamental Rights Officer) the EU Ombudsman has undertaken a strategic inquiry, still pending.

More recently, Frontex has come back under the spotlight of political tensions after the publication of an investigation revealing the Agency’s involvement in push-backs at the Greek-Turkish border. Whereas the notion of “push-backs” is not defined under EU law, it is commonly used to describe the set of actions aimed at pushing back migrants and asylum seekers at borders or immediately beyond them - with the purpose of preventing them to reach the protected frontier - without a proper assessment of their status and rights. Such actions often put migrants' lives at serious risk and raise issues with regard to the principle of non-refoulement, protected at EU level by the Art. 19 of the EU Charter.

Such serious events triggered a response from the European Commission which, for the first time, took action to investigate the allegations by calling for an urgent meeting. At the moment though, no concrete action has been undertaken yet and when reporting to European Parliament last December 1st, Frontex’ Executive Director was urged to resign.

As said, allegations of push-backs were the main subject of the LIBE Committee’s hearing held on  December 1st. In that occasion, for all the six incidents reported by the media, the Agency denied its involvement using several arguments.

The first one lies on the legal interpretation of the prevention of departure. As stated by the Agency, those events reported as illegal pushbacks by the media, could instead be interpreted as interceptions under Regulation 656/2014 (Sea Borders Regulation). According to it, if there is evidence to believe that a vessel is involved in smuggling of migrants, States may, inter alia, warn and order the vessel not to enter and alter its course towards a destination other than the territorial sea. As explained, the Regulation frames two kinds of actions that can be undertaken at borders lawfully: interceptions at sea and search and rescue activities. The issue is quite significant, since these operations take place in a grey and evolving area of the law while having the potential to highly impact migrants' human rights. Despite the fact that lawful and unlawful conducts are separated by a fine line, the European Commission's Schengen Borders Code (SBC) handbook restates which legal safeguards border coast guards should always respect, e.g. allowing anyone in need of international protection to access it. In any case, the European Commission, responding to a specific request from the Fundamental Rights and Legal Operational Aspects of Operations in the Aegean Sea, clarified that the criteria of the well-known N.D. N.T. case do not apply to the present case. Predictably, it specified that being that judgment related specifically to a land border, it cannot be indiscriminately applied.

The second argument concerns competence. As the Director declared, full technical command lies within the host Member State: vessels, airplanes and all the deployed means were subject to the sole command of Greek authorities. On the other hand, the Agency enjoys wide supervisory powers, while Member States retain responsibility for the management of the section of their external borders (Art. 7, Reg. 2019/1896). The Management Board establishes - following a proposal from the Executive Director - technical and operational strategies. Moreover, Frontex liaison officers - who act as representatives of the Agency at borders and monitor and assist Member States in their operation - respond to it, as enshrined in Article 31. Also, Frontex exercises such power by means of the vulnerability assessment (Article 32), aimed at establishing Member States' ability to respond to challenges at external borders. Again, the assessment methodology is decided by the Management Board on a proposal of the Executive Director. Such a complicated picture is made even more difficult since the responsibility is shared between a multitude of public actors, usually involved in border control operations: the Host State (where operations take place); the Participating State(s) (other Member State(s) participating in the operation); Frontex’ standing corps. This directly leads to the unaccountability of the Agency: as illustrated by Prof. Fink, “national courts lack the competence to rule on the legality of Frontex’s conduct”, while the ECHtR has no jurisdiction on the EU and before the ECJ the “judiciary is split between a national level that adjudicates on the legality of national conduct and an EU level that adjudicates on the legality of EU conduct.”

The third argumentation revolves around the geopolitical context. There is no doubt that the situation at the Greek-Turkish border is a tense one, primarily due to the known border dispute. It was reported that EU Member States are often threatened by F16 planes of the Turkish military forces - thus raising the need to protect Member States’ security - falling in the framework of hybrid threats. In this case, provision of Article 41 on “critical impact level” applies. In fact, the Executive Director shall recommend any possible action needed to address the criticality. In case of situations requiring urgent actions, the European Parliament shall be informed without delay (Art. 43), while Art. 46 bounds the Executive Director to terminate activities if conditions to conduct them are no longer fulfilled. On the contrary, MEPs were informed only on December 1st. In any case, the issue raised deserves attention: working at EU external borders entails carrying out operations in highly sensitive geopolitical contexts. Nevertheless, according to its Regulation, the Agency is only accountable to the European Parliament and to the Council, surely not fully prepared to deal with external affairs, security and defense - being these the core competences of the EU External Action Service.

European Union borders management suffers from a specific vulnerability when it comes to the rule of law. Those whose rights are violated are mostly left with unclear, burdensome and inadequate mechanisms. A necessary starting point would be amending the Regulation to define a clear chain of command to identify anyone involved in the concerned action or omission, from the person who physically carried out the action - or did nothing to avoid it and should have - to the Executive Director. As argued by Prof Fink, only an effective ex post remedy accessible to individuals would close the accountability gap, allowing for damage compensation and a clearer identification of the public liability.