Does the Prime Minister’s Unexpected Discussion of Competition Policy Signal a Softening of Brexit? 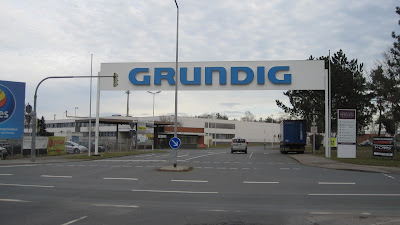 
On Friday 2 March 2018, in a much-anticipated speech meant to give clarity to the UK Government’s Brexit objectives, the Prime Minister suggested that: (a) UK State Aid and Competition rules could remain aligned with those of the EU, and (b) UK courts could continue to have regard to judgments of the European Court of Justice (ECJ). Nevertheless, her speech also made it abundantly clear that the ECJ could not continue to have jurisdiction over the UK. While, on the face of it, this speech appears to reiterate Theresa May’s commitment to a ‘hard Brexit’, these significant concessions may signal a weakening of that resolve, as the Government acknowledges for the first time that – if the UK is to maintain a close trading relationship with the EU – the legal realities of Brexit will be complicated.


Even before the PM delivered her speech, the Government confirmed it was targeting a border with the EU that was as ‘frictionless’ as possible. Yet it also maintained very hard lines on taking back control of immigration and denying the ECJ any continued jurisdiction over UK courts and laws. This appeared to make a trade agreement – i.e. something akin to the EU-Canada Comprehensive Economic and Trade Agreement (CETA) – the only viable option for the UK.


What has brought the realities of a hard Brexit into sharp focus are concerns over the border between the UK and the EU in Ireland. A return to customs checks (a ‘hard border’) could jeopardise the peace process in Northern Ireland. Yet the most sensible solution (giving NI a special semi-autonomous status of being part of the UK but also in regulatory alignment with the EU) risks bringing down the Conservative Government. They rely on the voting support of the Democratic Unionist Party, who want NI to have exactly the same Brexit settlement as Great Britain, so as to ensure the outcome does not increase the likelihood of an eventual Irish reunification.


So most commentators were expecting a softening in the Prime Minister’s stance last week, but few were expecting that softening to take the form of a discussion of competition policy. She began by making an important statement about the future influence of ECJ case law on UK law:


The second hard fact is that even after we have left the jurisdiction of the ECJ, EU law and the decisions of the ECJ will continue to affect us… When we leave the EU, the Withdrawal Bill will bring EU law into UK Law. That means cases will be determined in our courts. But, where appropriate, our courts will continue to look at the ECJ’s judgments, as they do for the appropriate jurisprudence of other countries’ courts. And if, as part of our future relationship, Parliament passes an identical law to the EU law, it may make sense for our courts to look at the appropriate ECJ judgments so that we both interpret those laws consistently.


She then went further, using competition policy to illustrate her point:


If we want good access to each other’s markets, it has to be on fair terms. As with any trade agreement, we must accept the need for binding commitments – for example, we may choose to commit some areas of our regulations like state aid and competition to remaining in step with the EU’s. The UK drove much of the policy in this area and we have much to gain from maintaining proper disciplines on the use of subsidies and on anti-competitive practices.


These statements are significant because they represent the Government’s first significant departure from its characterisation of Brexit as a simple ‘in/out’ choice. What the Prime Minister is suggesting above, goes well beyond what might be expected from WTO rules (which do not include competition provisions per se) or from a Canada-style trade agreement.


For example, CETA contains a recognition of the importance of Competition policy to trading relations and the responsibility of each party to apply its domestic competition law. There is no requirement of equivalence in rules – indeed, EU and Canadian competition laws are very different in a number of respects. In terms of State Aid, the agreement requires parties to report certain subsidies to each other every two years and a non-binding mechanism through which each party must try and minimise the adverse effects of the subsidy on the complaining party’s interests. There is no requirement of pre-authorisation rules similar to those under EU State Aid Law.


Continued Supremacy of EU Law by the Backdoor?


In the first academic paper to be published on Competition Policy after Brexit, we identified that there was a strong advantage in UK competition law remaining closely aligned to EU law, so as to minimise the regulatory burden on businesses operating in both jurisdictions.** We also noted that it was not unusual for UK courts to consider the jurisprudence of closely related jurisdictions (such as Australia and New Zealand) when dealing with novel questions of law, even though they were under no obligation to do so. This was echoed in the work of the Brexit Competition Law Working Group (Issues Paper (October 2016) and Conclusions and Recommendations (July 2017), as well as in Richard Whish’s recent contribution to the House of Lords European Union Committee report on ‘Brexit: Competition and State Aid’. Whish suggested that, at the very least, UK authorities should be required to ‘have regard to’ EU law and precedent.


The Prime Minister’s statement, in fact, goes even further. The idea that competition and state aid rules should ‘remain in step’ may suggest a de facto obligation on UK authorities to follow EU jurisprudence. Indeed, the suggestion that Parliament might have to ‘adopt identical law to the EU’ also implies that – after Brexit – EU law will have a far greater influence on the UK than had been anticipated. Yet all this will occur without the UK having a say in the creation of new EU rules or the decisions of the ECJ, except via the limited levers that will be available through the trading agreement itself. As the junior partner in the relationship, the UK will largely become a rule-taker, reminiscent of the role that other small jurisdictions are forced into when dealing with much larger trading partners.


Without the UK’s continued participation in European Union institutions, the UK’s designated competition authority, the CMA, may find itself having to replicate the European Commission’s work, while being simultaneously bound to produce the same outcomes – something that would clearly constitute a waste of administrative time and taxpayer’s money. The Prime Minister herself acknowledged that the UK ‘drove much of the policy’ in EU Competition Law. Yet, it is precisely for this reason that EU competition policy will not necessarily continue along the same path we expect it to. With the UK’s influence gone, it may become less free-market oriented and begin to depart from its effects-based approach. Similarly, the EU rules surrounding State Aid (which, as we point out in our paper, the UK is a clear net beneficiary of) may become more relaxed.


Conclusion: The beginning of a soft Brexit?


In conclusion, the Prime Minister’s discussion of competition policy is very sensible from a business perspective. A commitment to UK and EU competition and state aid rules remaining closely aligned will provide certainty and reduce the regulatory burden on firms wishing to invest in the UK. But, from a legal perspective, the speech raises more questions than it answers. What will the precise obligation be on UK authorities to stay closely aligned to EU rules? Under what circumstances will Parliament need to enact laws ‘identical’ to those of the EU? Will Competition Policy have a special status, or will this sort of arrangement extended to other areas? Will the UK accept being a ‘rule-taker’, or does the Government expect to have some leverage over European lawmaking through the wording of the final agreement?


Now the door to continued alignment with EU rules has been opened slightly, many of the questions we thought were resolved (about the autonomy of UK law after Brexit) are now open once more. Indeed, the Prime Minister’s speech came only a week after the opposition Labour Party said it would pursue a Customs Union arrangement if it was elected to Government. The prospect of a softer Brexit now looks more conceivable than it did a few months ago; and it may all have started with a few seemingly innocuous words about competition policy.