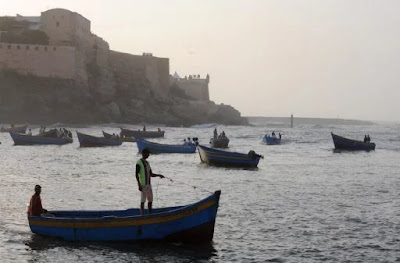 By Markus W. Gehring, Lecturer in Law, University of Cambridge


On the 27th February 2018, the Court of Justice of the European Union (CJEU) rendered its judgment in a preliminary reference from the High Court of England and Wales in the case C-266/16 Western Sahara Campaign UK v. HM Revenue and Customs, Secretary of State for Environment, Food and Rural Affairs. The Grand Chamber, in this case, closely followed the analysis it had made in C-104/16 P Council v. Front Polisario on which I commented here.


The Western Sahara Campaign UK is a voluntary organisation supporting the right of the people of Western Sahara to self-determination. Morocco considers Western Sahara an integral part of its territory though internationally few countries recognise this claim. The Western Sahara Campaign UK brought two actions before the High Court (Queens Bench – Administrative Division). The first one of their action challenges the importation of goods certified as originating from Western Sahara as if these goods originated from Morocco. The second one challenges UK fisheries policy as it includes waters adjacent to Western Sahara. The 2007 Fisheries Partnership Agreement and the 2013 Protocol between the European Union and the Kingdom of Morocco setting out the fishing opportunities and financial contribution provided for in the Fisheries Partnership Agreement between the European Union and the Kingdom of Morocco don’t define the exact geographical scope, which lead the campaign group to launch their High Court action.


After the leading judgment in Council v. Front Polisario, the referring Court withdrew its first two questions concerning goods originating in Western Sahara. There were two remaining questions before the CJEU:


1. Is the Fisheries Partnership Agreement valid in light of self-determination and to what extend was it concluded to benefit the Saharawi people?


2. Is the applicant entitled to challenge the validity of EU acts based on breaches of international law allegedly committed by the EU when Morocco is not part of the proceedings?


The second question, in the eyes of the Court, required no answer because the Grand Chamber did not find the EU had violated international law


As to the first question, the Court, as it did with the previous judgment in Polisario, handed a pyrrhic victory to Morocco when it ruled that neither the Fisheries Partnership Agreement nor its Protocol setting out fishing opportunities and financial contributions between the EU and Morocco were applicable to the waters adjacent to the territory of Western Sahara. As a result, contrary to what the applicants argued, none of the relevant EU Regulations implementing the Agreement and the Protocol were invalid through the application of Art. 3(5) TEU.


Once again, neither Morocco nor the applicants will be very happy with this further judgment on this diplomatically charged question. The outcome takes the earlier Polisario case to its logical conclusion and should as such not come as any surprise to observers. It is also in line with the previous EU External Relations case law on the validity of principles of customary international law.


It should be noted that the Commission, the Council and three of the main fishing Member States intervened in this case.


AG Wathelet, in his Opinion issued on 10 January 2018, concluded that the case was admissible and that both the Fisheries Partnership Agreement and the Protocol were invalid. He analysed both the Agreement and the Protocol carefully and applied a thorough analysis of the applicable international law. Relying on ATAA, the AG rejected the submissions by the Council, Commission and the three intervening Member States, saying that their argument would mean that no individual could ever rely on rules of customary law, or indeed jus cogens, to challenge the validity of EU acts. He rejected said arguments and proceeded to identify those rules of customary law which are binding on the EU and are unconditional and sufficiently precise, so that nature and broad logic does not preclude judicial review. He concluded that both EU-Morocco treaties were invalid because they constituted a “breach the European Union’s obligation to respect the right to self-determination of the people of that territory and its obligation not to recognise an illegal situation resulting from a breach of that right and not to render aid or assistance in maintaining that situation. Furthermore, as regards the exploitation of natural resources of Western Sahara, the contested acts do not put in place the necessary safeguards in order to ensure that that exploitation is carried out for the benefit of the people of that territory.” (para. 293).


The Court did not follow the legal arguments of AG Wathelet though it was clearly influenced by his strong focus on the human rights and jus cogens dimension of the case.


The Council questioned the admissibility of the case because it considered that the Court has no jurisdiction to consider the validity of international agreements, such as the Fisheries Partnership Agreement. The Court dealt with this objection swiftly by saying that as in previous cases (Racke, Brita) international agreements concluded by the EU count as acts of the institutions of the EU. These agreements must comply with procedural rules, the Treaties and the constitutional principles from them, as well as “international law in its entirety, including not only the rules and principles of general and customary international law, but also the provisions of international conventions that are binding on it.” (para. 47, citing Kadi and ATAA).


The Court also clarified that a preliminary reference, although not capable of challenging an international agreement directly, must be understood to be challenging the EU act approving the conclusion of this international agreement. Interestingly the Court here did not engage with the question of whether an action for annulment would have been more appropriate in this case (although clearly out of time). As for AG Wathelet, he only referred to the well-known phase of a complete system of legal remedies (citing the recent Rosneft case (C‑72/15, EU:C:2017:236, paragraph 66 and the case-law cited)).


The CJEU arguably took a bit of a short-cut in their analysis of the legal situation. The Court concluded broadly that, through the general rules of interpretation of international law, neither the Fisheries Partnership Agreement nor the Protocol applied to Western Sahara. As such, these were not invalid on the ground of Art. 3(5) TEU and general principles of law, as the applicants had argued.


The Court then relied heavily on the Polisario judgment arguing that the words 'territory of the Kingdom of Morocco' or 'territory of Morocco' had to be interpreted as not to include territories of Western Sahara as these were not territories over with Morocco ‘exercises the fullness of the powers granted to sovereign entities by international law’, as was the case with the EU-Morocco Association Agreement (para 62). It added that the inclusion of Western Sahara in the scope of the Association Agreement would be contrary to ‘certain rules of general international law’, in particular the principles of self-determination and pacta tertiis.


The Court then proceeded to interpret the reference in the Fisheries Partnership Agreement to ‘waters falling within the sovereignty or jurisdiction’ of Morocco. Taking into account the UN Convention on the Law of the Sea (UNCLOS), a state has sovereignty over its internal waters and territorial sea and has jurisdiction over the exclusive economic zone.


Finally, the Court rejected the argument that the term 'jurisdiction' should be interpreted as based on a special meaning, in accordance with Art. 31(4) of the Vienna Convention. The Council and the Commission had argued in favour of seeing Morocco as a ‘de facto administrative power’ and as such exercising ‘jurisdiction’ over waters adjacent to Western Sahara. The Court, relying on Morocco’s categorical denial that it was either an occupying power or an administrative power, concluded that there was no special meaning intended by ‘jurisdiction’.


The Court also rejected the argument that the expression ‘Moroccan fishing zone’ in the 2013 Protocol would include waters adjacent to Western Sahara. Even maps identifying waters off the coast of Western Sahara as part of the ‘Moroccan fishing zone’ did not change this interpretation as those maps were submitted after the Agreement was concluded and thus did not form part of the original agreement and could not lead to an opposite conclusion.


As such, neither the Fisheries Partnership Agreement nor the 2013 Protocol included the waters adjacent to Western Sahara in their scope.


This decision will please neither side in the dispute. Western Sahara Campaign UK had argued that goods from Western Sahara were reaching the UK unchecked without being rejected. According to the organisation, the current agreements made it impossible to reject goods from those parts of Western Sahara under Moroccan control. An additional question revolves around how the effective prohibition of EU fisheries off the coast of Western Sahara will assist the population living there or enable the realisation of their human rights, which the Court had put forward in Polisario. Morocco will feel, yet again, that it was not a party to the original dispute and was prevented from defending its interests before the Court.


This judgment, in many ways, upholds the strict conclusions of the Polisario decision. It might further complicate EU-Morocco relations as EU fishing boats can no longer rely on the Fisheries Partnership Agreement to fish off the coast of Western Sahara. The High Court is now in the unenviable position to decide their case presumably by rejecting the claim while the underlying question, of Western Sahara natural resources exports continues to pose challenges.


Had the Court of Justice followed AG Wathelet’s Opinion, it would have opened a new chapter in the application of international law to cases brought by individuals. Given that the Court came to the opposite conclusion, it is hard to argue that his Opinion will provide guidance in the future. It is to be hoped that a diplomatic solution may be found quickly before EU-Morocco relations further deteriorate due to this series of cases.


*Many thanks to Anna Khalfaoui from BIICL for her editorial assistance.