What is the point of minimum harmonization of fundamental rights? Some further reflections on the Achbita case. 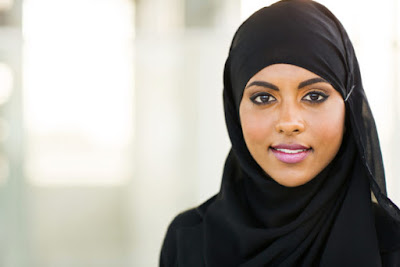 Ronan McCrea has already provided a very thoughtful analysis of the headscarf cases; this contribution seeks to complement that analysis by focusing on two issues arising from the Achbita case: first of all, the structural problems with the ruling of the Court, both in terms of reasoning and for the lack of information provided; secondly, the more general implications of the ruling for fundamental rights protections and the notion of minimum harmonization in the EU context.

It might be recalled that in the Achbita case a Muslim woman was dismissed from her employer for refusing to remove her headscarf, contrary to the employer’s policy of neutrality, which included a ban on wearing religious symbols. The case then centred on the interpretation of the framework discrimination Directive (2000/78) which prohibits, inter alia, discrimination on grounds of religion. The Belgian and French Government (which had a direct interest because of the Bougnaoui case) intervened in favour of the employee, believing that the discrimination at issue was not justified (Achbita opinion, para 63). The Court, following the Opinion of AG Kokott, found that the rules at issue might constitute indirect discrimination; that the employer’s aim to allegedly maintain neutrality was a legitimate aim as it related to its freedom to conduct a business as protected by Article 16 Charter. It then indicated that the policy was proportionate, if applied with some caveats.

The reasoning of the Court – some structural deficiencies

The headscarf cases are of fundamental importance to the European Union and to all of its citizens, not only those who practice a non-dominant religion, and as such have been widely reported even outside of the EU. One might have expected the Court to engage with a more thorough analysis of the parties’ submissions and of the issues at stake. Instead, we have two very short rulings with very little detail. Just to give an important example – in both cases the French and the Belgian governments sided with the claimants, hence drawing a very important conceptual limit to the principle of laïcité which is justified, in this view, because of the very nature of the State and its duty of neutrality, a duty which cannot be extended to private parties (or if so only exceptionally). This important distinction is not discussed in the ruling, not are the views of the governments who would be directly affected by the rulings.

More importantly though, the fact that the arguments of the parties are not recalled has also more general consequences: as it has been noted by Bruno De Witte elsewhere, the fact that no hermeneutic alternative is provided might give the impression that no hermeneutic alternative is in fact possible, as if legal interpretation is simply a matter of discovering the true hidden meaning of a written text. This approach, not uncommon in civil law jurisdiction but more nuanced in constitutional cases, hides the fact that, especially in cases of constitutional significance, there is more than one legitimate interpretative path that could be chosen, which also reflect different policy alternatives. Interpretation then is also a choice between those different paths: a choice which is, of course, constrained by the relevant legal system and one that might be more or less persuasive.  The failure to acknowledge counter-arguments then results in rulings, like the ones here at issue and many others in sensitive areas, which are not only potentially unhelpful, but also close the door to more effective scrutiny of the reasons that lead the Court to follow a given interpretation.

In the same vein, the analysis of the discriminatory nature of these provisions is rather superficial. In particular, there is no thought given to the fact that contractual clauses allegedly protecting a principle of neutrality, might not only have a discriminatory effect against certain individuals, but might have important inter-sectional (or multiple) discriminatory effects. In other words, a rule banning religious symbols might in fact also have a more pronounced effect on people from a certain ethnic background or a certain gender. Equally disappointing, and in this writer’s opinion legally flawed, is the approach taken in relation to the finding of the potentially indirectly discriminatory effects of the rules at issue. Here, the Court requires the national courts to determine whether the ‘apparently neutral obligation [(not to wear religious symbols)] (…) results in fact in persons adhering to a particular religion or belief being put at a particular disadvantage.” (para 34, emphasis added).

There are two issues to be noted here: first of all, the Court remains silent as to what type of evidence of indirect discrimination is required, and by whom. In discrimination cases, burden of proof is crucial. This is recognised by the discrimination directives at EU level, including Directive 2000/78 which provides that if the claimant shows direct or indirect discrimination, then it is for the ‘respondent to prove that there has been no breach of the principle of non-discrimination’ (Article 10(1)). One would have expected then the Court of Justice to instruct the national court to require the defendants to discharge this duty with a certain rigour, also by means of statistical analysis of the effect of such policies on religious minorities. Yet, the Court does not even engage with this question.

Secondly, and not less important, the Court seems to imply that a rule that discriminates all religious people would not be problematic. For instance if, say, Muslims and Orthodox Jews were equally discriminated against, whilst non-religious persons were unaffected, then, based on the dicta of the Court, there would be no discrimination. This interpretation seems restrictive and not supported by the text of the directive (or the Charter) that refers to discrimination on grounds of religion in general. In any event, in discrimination cases it is crucial to identify the comparator, and the Court fails to do so clearly and to support its choice with sound legal arguments. But, beside these very important structural issues, the Achbita ruling raises other more technical as well as general issues, as to the extent to which the Court’s interpretation might affect the Member States’ discretion to provide more extensive protection that that provided for in the Directive.

Directive 2000/78 is intended only to set minimum standards, so that Member States can, if they so wish, provide for a more extensive protection. Indeed many Member States have done so by extending either the protected categories of people, or the field of application of the legislation, or both. In theory then, the Achbita ruling should not be seen as the last word in relation to the treatment of religious people at work. After all, if Belgium or France or any other country finds the ruling problematic, it can simply pass legislation prohibiting private employers from requiring religious neutrality from its employees, unless of course a specific dress code is necessary to ensure the health and safety of the worker or the public. Viewed in this way, and notwithstanding the structural problems identified above, the ruling seems very sensible: it is agnostic, in that it does not impose either model on Member States, allowing therefore a degree of variation in a very sensitive area, something which, as eloquently discussed in McCrea’s post, might not be a bad thing. After all, this is the same path that has been taken by the European Court of Human Rights.

However, things are slightly more complicated in the European Union context. In particular there is nothing in the ruling to indicate that the Directive sets only minimum standards so that it would be open to those Member States to go further in protecting people holding religious beliefs. And, more crucially, the Court, mirroring the opinion of Advocate General Kokott, refers to the EU Charter of Fundamental Rights when assessing the legitimacy of the justification put forward by the employer. In particular, it finds that the business’s wish to ‘project an image of neutrality (…) relates to the freedom to conduct a business that is recognised in Article 16 of the Charter and is, in principle, legitimate’.

The reference to the Charter, which indirectly frames the question as a clash of fundamental rights, is important because, in the EU context, when the Charter applies it sets the fundamental rights standard. In simpler terms this means that should a Member State wish to provide more extensive protection to ensure that employees are not discriminated on grounds of their religious belief, something that is allowed under Directive 2000/78, it might be prevented from doing so since, pursuant to the Achbita ruling, it would infringe the right to conduct a business as protected by the Charter. In this way, far from leaving the desired flexibility and discretion to the Member States, the Court sets the standard – employers have a fundamental right, albeit with some limitations, to limit the employees’ right not to be discriminated against. One might well ask then, much as it has been remarked in relation to the Alemo Herron case, what is the point of minimum harmonization directives if the upward discretion of the Member States is so curtailed.

The Court of Justice did not have an easy task in the Achbita case: it was pretty much a ‘damned if you do, damned if you don’t’ scenario. For sure, some of us would have liked the balance at issue to be tilted firmly in favour of religious minorities, especially given the growing evidence of attacks and discrimination against, particularly, Muslim women. The Court chose a different path and that is, of course, within its prerogatives. However, the way that path was trodden upon leaves many open questions both in relation to the way the result was achieved, and to the many questions it overlooks. What is most troubling is the implication that the freedom of Member States to provide greater protection towards minorities may, in principle, be constrained by the Court’s interpretation of the freedom to conduct a business.