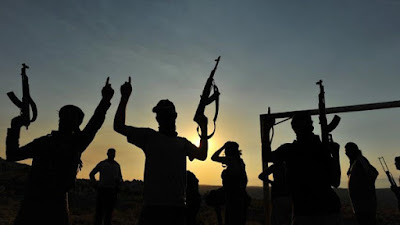 What if a person claiming to be a refugee is an alleged terrorist, or at least giving assistance to alleged terrorists? Can they still claim to be a refugee – and if not, how should we define ‘terrorism’ for the purposes of rejecting their claim to be one? Today’s judgment of the EU Court of Justice in the Lounani case usefully clarifies some aspects of this controversial and legally complex issue, but inevitably leaves some difficult questions open.

The starting point for this issue is the wording of the UN Refugee Convention, known by the EU as the ‘Geneva Convention’, which contains an ‘exclusion’ clause in Article 1.F:

F. The provisions of this Convention shall not apply to any person with respect to whom there are serious reasons for considering that:
(a) he has committed a crime against peace, a war crime, or a crime against humanity, as defined in the international instruments drawn up to make provision in respect of such crimes;
(b) he has committed a serious non-political crime outside the country of refuge prior to his admission to that country as a refugee;
(c) he has been guilty of acts contrary to the purposes and principles of the United Nations.

The UN rules (which all EU Member States have signed up to) have been transposed, but with variations, in the EU’s Qualification Directive, which applies to every Member State except Denmark. (Technically the UK and Ireland are bound only by the first version of this Directive, but the rules on exclusion haven’t changed).  Article 12(3) of that Directive reads as follows:

2. A third-country national or a stateless person is excluded from being a refugee where there are serious reasons for considering that:
(a) he or she has committed a crime against peace, a war crime, or a crime against humanity, as defined in the international instruments drawn up to make provision in respect of such crimes;
(b) he or she has committed a serious non-political crime outside the country of refuge prior to his or her admission as a refugee, which means the time of issuing a residence permit based on the granting of refugee status; particularly cruel actions, even if committed with an allegedly political objective, may be classified as serious non-political crimes;
(c) he or she has been guilty of acts contrary to the purposes and principles of the United Nations as set out in the Preamble and Articles 1 and 2 of the Charter of the United Nations.

3. Paragraph 2 applies to persons who incite or otherwise participate in the commission of the crimes or acts mentioned therein.

It can be seen that the EU rules differ from the UN rules to the extent that: they add some wording on the timing and nature of ‘serious non-political crimes’; they clarify the reference to acts contrary to UN ‘purposes and principles’; and they apply the exclusion to those who ‘incite or otherwise participate’ in all three categories of acts leading to exclusion.

Despite this attempt at clarification, there will always be issues of interpreting these rules. The EU Court has ruled on them once before, in its judgment in B and D, when it stated that first of all that the second and third exclusion clauses can apply to terrorist offences.  However, exclusion must be assessed in each individual case, meaning that membership of a group listed as ‘terrorist’ in EU foreign policy sanctions against terrorists does not automatically trigger the exclusion clause, although it is a ‘factor’ to consider. Participating in a terrorist group, as defined by EU criminal law on terrorism, does not automatically trigger the exclusion clause either. Instead, there must be direct involvement by the person concerned in such offences, as further explained by the Court. Furthermore, there is no additional ‘proportionality’ or ‘present danger’ test for exclusion. Finally, the exclusion clause is mandatory: ie Member States cannot assert a right to apply higher standards and give someone refugee status if they fall within the exclusion criteria.

What does today’s judgment add? The person concerned was convicted of participating in a terrorist group, but not of carrying out any terrorist acts as such. So is such a conviction sufficient to trigger the exclusion clause?

The EU court ruled that it was. First of all, the preamble to the EU Directive referred to UN Resolutions on ‘financing, planning and inciting’ terrorism; so the third exclusion clause goes beyond terrorist acts as such. Secondly, the EU legislature had not intended to match the exclusion clause in asylum law with the narrower definition of terrorism in (current) EU criminal law legislation.

Next, the EU court ruled that following a later UN Security Council Resolution, assisting with recruitment, organisation or transport of ‘foreign fighters’ could also fall within the scope of the exclusion clause. So could ‘participation’ in such activities, pursuant to Article 12(3) of the EU Directive. It was relevant that the group in question was listed as terrorist by the UN Security Council, and particularly relevant that the person concerned had been convicted of terrorist offences in Belgium.

The Court’s judgment asserts a broad scope of the exclusion clause, meaning that a degree of support for ‘foreign fighters’ will also result in exclusion from refugee status. In doing so, it answers the claims of those who believe that many refugees are ‘jihadists’. Simply put, anyone who has been directly involved in terrorist acts (B and D) or in facilitating the activities of ‘foreign fighters’ (today’s judgment) is not entitled to refugee status. Although the judgment does not mention it, this aligns the interpretation of the exclusion clause to some extent with recent developments in criminal law, namely the 2015 Protocol to the Council of Europe Convention on the prevention of terrorism, and the agreed revision of the EU’s anti-terrorism laws.

But the judgment cannot help leaving some difficult questions open. What if the asylum-seeker has not been convicted of terrorist offences anywhere, but there are allegations of such action? Since a conviction is particularly relevant to applying the exclusion clause, would a lack of such conviction conversely be particularly relevant in determining that the clause should not apply? Would that assessment be different if the person had been acquitted, or if an investigation or trial was pending? If the criminal law process was pending, should the asylum determination process be put on hold? What if the authorities had claimed to have information supplied from the security services, and were reluctant to bring criminal proceedings in order to preserve their sources and intelligence capability?

What if there is a criminal conviction for terrorism from another country – particularly in the asylum-seeker’s country of origin, which might define criticism of the government as ‘terrorism’? Similarly what about ‘provocation’ to terrorism, which might include ‘glorification’ of terrorist acts, according to the revised EU criminal law? Here the question is to what extent freedom of expression, not directly connected to violent acts, might justify a refusal of refugee status. Recent acts remind us that as far as criminal law is concerned, terrorist acts – and the climate of hatred that surrounds them – are not confined to Islamist extremists, but stem also from those who fanatically hate minority groups as well.