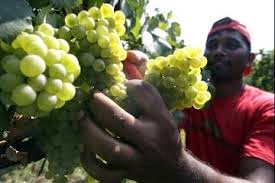 
For a long time, it proved impossible for the EU to agree on legislation on migrant workers coming from non-EU countries. Eventually, the Member States were able to agree on some laws that mostly concerned higher-income migrants: the Blue Card Directive (on its implementation, see here) and the Directive on intra-corporate transferees (see discussion here). The EU has also adopted some general rules on the overall framework for admission of labour migrants (the so-called single permit Directive).


But for the first time last year, the EU also adopted rules on a less well-paid group of migrant workers: seasonal workers. This group of workers is potentially particularly vulnerable to exploitation and abuse. Does the recent Directive go far enough to protect them from these risks?


Member States have to apply this Directive by 30 September 2016, and the UK, Ireland and Denmark opted out of it. It is limited in scope to those who normally reside outside the territory of the EU, and who apply to be admitted as seasonal workers, or who have already been admitted under the terms of the Directive. Also, it applies to those admitted for less than three months as well as those admitted for a longer period. For the former group, the Directive specifies that the EU’s borders and visas legislation continues to apply, and makes a number of cross-references to those measures. Furthermore, the Directive does not apply to those workers who are usually employed in other Member States, and who are ‘posted’ by their employers to work in a second Member State, to non-EU family members of EU citizens, and to non-EU citizens covered by an agreement which extends free movement rights (the EEA or EU/Swiss treaties).


A ‘seasonal worker’ is a worker who normally resides outside the EU, and who lives temporarily in the EU to ‘carry out an activity dependent on the passing of the seasons’, pursuant to a fixed-term contract concluded directly with an employer established in a Member State. The concept of a seasonal activity is in turn defined as an ‘activity that is tied to a certain time of the year by a recurring event or pattern of events linked to seasonal conditions during which required labour levels are significantly above those necessary for usually ongoing operations.’ Member States have to define what the relevant sectors are; the preamble refers to tourism, agriculture and horticulture as areas where seasonal work is usually needed.


Member States are free to set higher standards for certain issues (procedural safeguards, accommodation, workers’ rights and facilitation of complaints), but otherwise the Directive has set fully harmonised rules. So Member States can’t alter the substantive grounds for admission or the rules on duration of stay and re-entry.


The key criteria for admission are fully mandatory. Member States have to ensure that an application to enter as a seasonal worker is accompanied by: a valid work contract or binding job offer, setting out all of the details of the job; a valid travel document (possibly valid for the entire duration of the seasonal work); evidence of having, or having applied for, sickness insurance (unless such coverage comes with the work contract); and evidence of having accommodation, as defined in the Directive (see below). Member States have to check that the seasonal worker has sufficient resources not to have to use the social assistance system, cannot admit persons considered to pose a threat to public policy, public security or public health, and must check that the applicant does not pose a risk of illegal immigration and intends to leave the Member States’ territory when the authorization for seasonal work expires.


Applications have to be rejected whenever these conditions are not met, or where the documents presented with an application are ‘fraudulently acquired, or falsified, or tampered with.’ Member States also have to reject applications, ‘if appropriate’, where there has been a prior sanction against the employer for ‘undeclared work and/or illegal employment’, the employer is being wound up or has no economic activity, or the employer has been sanctioned for breach of the Directive.


Otherwise the grounds for refusal of an application are optional: a labour market preference test for home State citizens, other EU citizens or third-country nationals lawfully residing and forming part of the labour market; the application of Member States’ rules on volumes of admission of third-country nationals; or breaches of employment law by the employer, the use of seasonal work to replace a full-time job, or a prior breach of immigration law by the would-be worker. There are similar provisions on withdrawal of the authorisation to work as a seasonal worker, although it should be noted that Member States can withdraw authorization if the worker applies for international protection.


There’s a total maximum limit of between five and nine months per calendar year of residence for a seasonal worker; they must then return to a third country. Since the Directive only regulates admission and stay of seasonal workers, it should follow that Member States still retain discretion to permit the worker to stay for longer on some other ground.


Within the maximum time limit, seasonal workers will be able, on one occasion, to change employers or to obtain an extension of their stay with their employer, if they still meet the criteria for admission, although the grounds for refusal will still apply. The preamble makes clear that this possibility is intended to avoid abuse, since the worker will not be tied to a single employer. Member States will have an option to allow further extensions or changes of employer. But again they can punish any worker who applies for international protection, by refusing to extend that worker’s stay.

Member States have to impose sanctions against employers who have breached their obligations under the Directive, including a possible ban on employing seasonal workers. If seasonal workers’ permit to work is withdrawn because of the employer’s illegal behaviour, the employer must compensate the employees for all the work they have done or would have done. There are specific rules on the liability of sub-contractors.


Moving on to procedural safeguards, the Directive provides for: a notified decision in writing within ninety days of the application; special rules on the renewal of authorization; a chance to provide additional necessary information within a reasonable deadline; and a requirement that a rejection (or withdrawal or non-renewal of a permit) be issued in writing and open to a legal challenge, with information on the reasons for the decision, the redress available, and the relevant time-limits. Member States may charge fees for applications, if they are not disproportionate or excessive, and may require employers to pay the costs of workers’ travel and sickness insurance. Workers’ accommodation must ensure an ‘adequate’ standard of living, rents cannot be excessive, a contract for housing must be issued, and employers must ensure that accommodation meets health and safety standards.


As for the rights of seasonal workers, first of all they have the right to enter and stay on the territory of the relevant Member State, free access to the territory of that Member State, and the right to carry out the economic activity which they have been authorized to take up.  Furthermore, they have the right to equal treatment with nationals as regards terms of employment (including working conditions), freedom of association, back payments, social security, the transfer of pensions, access to goods and services available to the public (except housing), employment advice (on seasonal work), education, and recognition of diplomas, and tax benefits. However, equal treatment can be restricted as regards family benefits, unemployment benefits, education and tax benefits, and Member States are still free to withdraw or to refuse to renew the permit in accordance with the Directive. Finally, Member States must ensure monitoring, assessment, and inspections, and facilitate complaints workers or by third parties supporting or acting on their behalf.


According to its preamble, the intention of this Directive is to regulate the admission of seasonal workers with a view to enhancing the EU’s economic competitiveness, optimizing the link between migration and development, while guaranteeing decent working and living conditions for the workers, alongside incentives and safeguards to prevent overstaying or permanent stay. In principle it has achieved some of these goals, in particular by including a number of provisions to ensure equal treatment and decent accommodation for seasonal workers, to punish employers who mistreat workers or who breach immigration law, and to guarantee that the rules in question are enforced.


In fact the Directive was significantly improved on these points during the legislative process, in particular as regards monitoring and punishment of dodgy employers, accommodation standards, equal treatment (which was significantly extended in scope), employees’ costs, and remedies against employers (compare the final Directive to the original proposal). Doubtless this was largely due to the hard work of NGOs which raised these issues (see their joint statement here). Perhaps the EU should use this Directive as a template to try and address the exploitation of other vulnerable groups of migrant workers – for instance domestic workers, who are at particular risk of being enslaved or trafficked.


Having said that, there are some limits to what Member States were willing to agree. There are exceptions from the equal treatment rule, and some of the provisions on dodgy employers, as well as the ban on passing costs along to the workers, are optional, not mandatory. (See the comments on the final Directive by a group of NGOs here). The right to change employers is subject to conditions, and Member States might decided to allow only one such change. More broadly, while the provisions on enforcement are stronger than what Member States are usually willing to agree to in EU laws about migrant labour (or indeed EU employment law), it remains to be seen how much resources Member States are actually willing to expend on enforcement in practice.


Furthermore, since the Directive is limited in scope to those who are not yet on the territory, it can do nothing to alleviate the position of those who are present without authorization but who cannot be returned (ie who are in limbo) and it gives Member States express carte blanche to deprive asylum-seekers of even the modest income which they were previously earning as seasonal workers. Overall, while the Directive will hopefully have some effect achieving its objectives, it may be a classic example of what academics call ‘picking the low-hanging fruit’ – focusing on the easier issues and avoiding the harder ones.


*This post is based on my ongoing research for the 4th edition of EU Justice and Home Affairs Law (forthcoming, OUP)
Photo credit: Globalpost.com