A lost opportunity for improving access to justice in environmental matters: the CJEU on the invocability of the Aarhus Convention 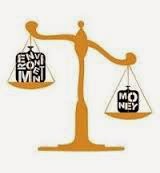 However, the EU has always been reluctant when it comes to the direct challenge of its acts by citizens and NGOs. It is therefore not surprising that NGOs tried to challenge the adequacy of the EU’s system of legal remedies in light of the Convention’s provision on access to justice (Article 9(3)). In a judicial saga where the General Court was ultimately overruled, the Court of Justice avoided assessing whether the EU effectively ensures the right of access to justice in environmental matters by refusing to recognise the direct effect of Article 9(3) of the Aarhus Convention.

The complexity of the EU’s system of legal remedies: the genesis of the saga

The EU’s system of legal remedies gives Environmental NGOs (ENGOs) a specific procedure for reviewing each type of EU act in environmental matters. However, the procedures available are not of equal quality.

EU legislative acts and EU administrative acts of general scope which entail implementing measures can be challenged indirectly. It means that the CJEU can be asked to review their legality, but only by a national court in front of which this question was raised (according to the preliminary ruling procedure, Article 267 TFEU). However, an ENGO intending to use this procedure to challenge an EU act will be facing several obstacles. First, they must wait for a national measure to be taken (which can take a long time). Then, they may only access national courts if national law grants them standing rights (which is not a given). Finally, if these two obstacles are overcome, ENGOs must convince the national courts that a reference to the CJEU is necessary (which is far from automatic). For all of these reasons, the indirect challenge of EU acts does not offer the same certainty and efficiency as a direct judicial or administrative review procedure.

Therefore, NGOs’ right of access to justice suffered from two severe limitations. First, they do not have any possibility to directly challenge EU administrative acts which entail implementing measures. Second, they cannot challenge EU individual acts unless they are the recipient of those acts (which is rarely the case). Are these limitations breaching Article 9(3) AC? Under Article 9(3), the Parties to the Aarhus Convention do not necessarily have to provide NGOs with a judicial procedure. However, when it is the case, Parties have to create a procedure of “internal review” (also called “administrative review”).

In an effort to implement the Aarhus Convention to the EU’s institutions and bodies, the EU did create an internal review procedure in environmental matters, in Article 10 of Regulation n°1367/2006 "Aarhus Regulation" or "AR". However, Article 2(1)(g) AR severely constrains the internal review procedure scope by defining an “administrative act” as “any measure of individual scope”.

In order to compensate for the deficiencies of the preliminary ruling procedure identified above, should the internal review set in Article 10 AR be extended to EU general administrative acts which entail implementing measures? Should Article 10 AR be extended even further to all EU general administrative acts, with or without implementing measures? Unsurprisingly, the European Courts were asked to answer these questions and therefore to evaluate the compliance of the EU’s system of legal remedies with Article 9(3) AC.

The General Court in T-396/09 and T-338/08: the EU’s system of legal remedies breaches the Aarhus Convention provision on access to justice

ENGOs quickly tried to obtain from the Commission a review of its decisions of general scope under Article 10 AR. The Commission rejected their requests, reminding that the Aarhus Regulation Article 2(1)(g) opens the procedure against individual acts only.  The unsuccessful ENGOs challenged these decisions in T-396/09 and T-338/08, claiming that Article 9(3) of the Aarhus Convention requires an extension of Article 10 AR to all EU administrative acts, including those of general scope. The General Court granted their request.

To support its position, the Court reminded that Article 9(3) has to be interpreted in light of the Convention’s objectives. The Convention aims at making access to justice a tool to ensure the quality of environmental decision-making process by empowering NGOs and citizens. It also promotes it as a fundamental pillar of the right to a healthy environment. Broad access to justice should therefore be ensured.

However, as the Court observed, most of the EU executive acts in environmental matters have a general scope. As a consequence, an internal review which is limited to individual acts has a minor effect on the improvement of access to justice. Finally, the General Court noted that Article 9(3) of the Convention does not leave the Parties free to choose which acts should be easily challengeable by NGOs and citizens. The only acts not covered by Article 9(3) AC are the acts adopted by institutions acting in a judicial or legislative capacity. The general acts adopted by the Commission within its executive powers are covered by the Convention, and thus should be easily challengeable, meaning that they cannot be excluded from the scope of Article 10 AR.

In 2008, the Aarhus Convention Compliance Committee humbly reminded the EU that “the system of preliminary review does not amount to an appellate system with regard to decisions, acts, and omissions by the EU institutions and bodies” and does not “in itself meet the requirements of access to justice in Article 9 of the Convention”. The lack of a direct judicial procedure should be “fully compensated for by adequate administrative review procedures”. The General Court took heed of this reminder by complementing the preliminary ruling with a direct procedure: the internal review. However, by not distinguishing between general administrative acts which entail implementing measures and those that do not, the Court submitted the latter to two direct review procedures – one administrative, one judicial.

This indistinct broadening of Article 10 AR has advantages and disadvantages. On the plus side, it might have appeared as more respectful of the CJEU’s unshaken support of the preliminary ruling procedure as a sufficient way to access justice. Indeed, if the General Court had extended Article 10AR’s scope only to the EU administrative acts not directly challengeable, it would have explicitly recognised the shortcomings of the preliminary ruling procedure. On the other hand, the decision to broaden Article 10AR scope to all EU administrative acts created a higher risk to be overruled – a risk which materialised in January 2015.

The General Court overruled by the CJEU: a missed opportunity for access to justice at the EU and national levels

The CJEU overruled the General Court’s decisions in the joint cases C-404/12 P & C-405/12 P and C-401/12 P to C-403/12 P. The CJEU did not assess the adequacy of the EU system of legal remedies. It simply rejected the invocability of Article 9(3) of the Convention by considering that the conditions under which the indirect and the direct effect of an international provision can be recognised were not met. Therefore, the legality of Regulation 1367/2006 Article 10 could not be reviewed against Article 9(3) AC; the internal review remains available against individual acts only.

The joint cases C-404/12 P & C-405/12 P and C-401/12 P to C-403/12 P are, as the Jego-Quéré/UPA saga was (see C-50/00 UPA), a missed opportunity to improve access to justice at EU level. One could answer that courts should not go against the legislative will as expressed by the regulation’s wording – here Article 2(1)(g) AR. However, that would not have been the first time that the Court would have engaged in ambitious judicial interpretation. Furthermore, the legislator also expressed the will to commit to the Aarhus Convention and to guarantee the access to justice as a fundamental pillar of the human right to a healthy environment. The judicial path could have been a smooth way to reconcile the conflicting views carried by the Aarhus Convention and the restrictive scope of Article 10 AR.

Furthermore, the impact of this missed opportunity on access to justice goes beyond the EU level. Access to justice in environmental matters is indeed far from being equally and efficiently ensured in all Member States. Accepting to review the Aarhus regulation in light of Article 9(3) AC could have been an incentive for the national courts to review the standing rights granted by national law in light of the Convention.

Finally, the Court seems to have developed two different standards for access to justice at the EU and national levels. On one hand, the CJEU strongly pushes the national courts to broaden access to justice, as shown by its decision in Case C-240/09 (the ‘Slovakian bears’ case). On the other hand, the Court does not seem ready to follow the guidance it gave to national courts in C-240/09: “it is inconceivable that Article 9(3) of the Aarhus Convention be interpreted in such a way as to make it in practice impossible or excessively difficult to exercise rights conferred by EU law”. The preliminary ruling procedure makes it excessively difficult for ENGOs to exercise their right to access to justice. The internal review procedure offers an adequate alternative, which does not threaten the Courts with an overwhelming wave of cases. Finally, internal review procedures are truly adapted to environmental issues considering their preventive nature.

By refusing to broaden the scope of Regulation 1367/2006 Article 10, the CJEU rejected an easy fix for the inadequacy of the EU’s system of legal remedies.
Image: www.foe.scotland.org.uk
Barnard & Peers: chapter 22
Posted by Steve Peers at 02:16