Anonymity in CJEU cases: the Court changes its approach 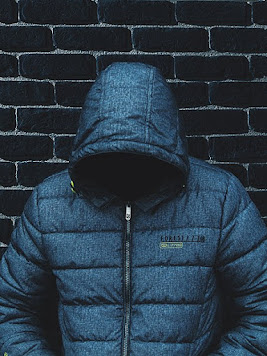 Some readers may recall that in June 2018 the Court of Justice issued a press release, to the effect that, in keeping with the General Data Protection Regulation (GDPR), the Court had taken the following decision:

In order to ensure the protection of the data of natural persons involved in requests for a preliminary ruling while guaranteeing that citizens are informed and have the right to open courts, the Court of Justice has therefore decided, in all requests for preliminary rulings brought after 1 July 2018, to replace, in all its public documents, the name of natural persons involved in the case by initials. Similarly, any additional element likely to permit identification of the persons concerned will be removed.

(emphasis in the original)

This approach was to be followed not only in relation to the names of cases but would also apply to ‘all publications made as part of the handling of the case, from its lodging until its closure (notices to the Official Journal, Opinions, judgments...)’.  The names of individuals were to be replaced by two letters in each case, which were not their actual initials; and this would be supplemented by a few words in brackets briefly describing the subject-matter of the case.

For the avoidance of doubt, the press release stated that the names of legal persons would continue to be used.  Another point which emerged clearly from the press release was that the new guidelines would apply only to preliminary rulings, the reason being that the General Court had no intention of falling into line with the higher court (but this reason was not spelt out in the press release).

Furthermore, the Court expressly reserved the right to depart from this practice if “the particular circumstances of the case so justify” (a nebulous test if ever there was one) and “in the event of an express request from a party”.

The new approach went well beyond the pre-existing practice of the Court of Justice and the General Court of replacing the names of natural persons in sensitive cases (e.g. where a litigant is a child and/ or an asylum seeker) by initials.  Manifestly, that is necessary to protect the privacy of the individuals concerned in keeping with Article 8 ECHR and Article 7 of the Charter.

What is more, the notice on the Court’s website points out that the policy change announced in the press release of June 2018 pre-empted the adoption of Regulation 2018/1725 of the European Parliament and the Council on the protection of national persons with regard to the processing of personal data by the Union’s institutions and bodies.  According to recital 5 in the preamble to this Regulation, it is intended to align the rules applicable in that context to the GDPR “as far as possible”.  The Regulation is expressed to apply to “all” the Union’s institutions and bodies (Article 2(1)).  Crucially however, the notice on the Court’s website does not suggest that the Regulation would preclude the Court from reverting to its practice prior to July 2018, should it wish to do so.

In December 2018, I wrote a post on this subject which appeared on this blog.  In the post, I indicated what I believed (and still believe to be a number of shortcomings of the scheme set out in the press release of June that year.  In particular, I pointed out that this scheme would make it harder for courts, practitioners, legal academics and students to find, identify and remember the names of cases.

On 9 January 2023, the Court issued press release 1/23 announcing that as from 1 January the names of national persons in new preliminary references would no longer be composed of initials, but of fictional names which will not in principle be existing names.  These computer-generated fictional names are to be created by “dividing words into syllables, which are then randomly combined to produce fictional names”.  A generator has been created “for each official language of the European Union and additional generators will be developed, where necessary, for languages of third countries”.

The allocation of fictional names does not affect:

-  Direct actions (the Court of Justice will continue to allocate a conventional name to those cases, which will appear in brackets after the usual name of the case);

-  Cases before the General Court.

In relation to the problem mentioned above, the Court’s press release is most welcome: the new scheme will undoubtedly make it easier for all concerned to find and remember case names.  However, it fails to solve the other issues mentioned in my earlier post.

First of all, each individual’s fundamental right under Article 8 and 10 ECHR and Articles 7 and 9 of the Charter to be known by his or her own name will still not be respected.  The Court’s stated willingness to accede to an “express request” from a party who is a natural person for the use of his or her own name is an empty letter unless that person is informed of the true position at an extremely early stage after the preliminary reference is made.  After all, it is entirely reasonable for the individual, who does not happen to be acquainted with the minutiae of the Court’s procedure, to assume that the Court will use precisely the same case name as the referring national court.  Moreover, the Court’s readiness to depart from its usual practice of imposing anonymity where “the particular circumstances of the case so justify” is of little or no avail to such an individual, since by definition recourse to this exception is a entirely a matter for the Court’s discretion.

Second, the Court’s decision not to respect the case names employed by national courts in preliminary references runs counter to the Court’s constant insistence on the fact that its co-operation with those courts in such proceedings is of the essence.  In any case, the Court has no means to coerce national courts to follow its practice, even if that were desirable.

For all these reasons, it is submitted that the Court should respect the choice of national courts except in highly exceptional cases.

Finally, by using computer-generated names the Court risks embarrassment or even ridicule.  Such names may well have unfortunate connotations of a racist, sexist or other inappropriate nature in the language of one or more Member States.  To avoid this, the Court’s administration will need to check that each computer-generated name is unobjectionable – at least in the language of the case and the language or languages of the parties.  This is likely to take time, which is unfortunate given the time pressure on the Court after it receives a preliminary reference.  However, this is obviously a minor concern.

In conclusion, whatever else may be said about the policy announced by the Court in 2018, the fact is that it still does not appear to have gained much traction: the General Court is still unwilling to follow suit, and it is not clear that many national courts have been persuaded to anonymise names in preliminary references.  Whether the Court’s change of tack now will garner much support remains to be seen.  In any event, the case for reverting to the Court’s practice prior to the summer of 2018 remains as strong as ever.