The Jurisprudence of Constitutional Conflict in the European Union (OUP 2022) 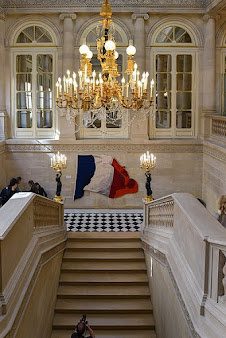 Ana Bobić, Référendaire at the Court of Justice of the European Union

The conundrum faced by national courts performing constitutional review is multi-faceted and depends on the national constitutional setting in which they operate. I have thus created and used the judicial triangle as a visual representation of changes in power relations between courts over time. As I show, the judicial triangle is always unbalanced at individual points of conflict: at times in favour of the Court of Justice and its privileged relationship to ordinary national courts; at other times in favour of national constitutional courts and their authority over the national judiciary. In this context, heterarchy, as the guiding scheme of judicial interactions, becomes visible when all the imbalanced judicial triangles are regarded in aggregate. For this purpose, this book conducts an in-depth analysis of constitutional conflict across different areas of law and over time (Chapters 5 to 7). Such an approach then enables us to see the resulting judicial triangles from all case studies, which are analysed jointly in the conclusions (Chapters 8 and 9). This allowed me to paint a distinctly nuanced picture of power relations among the courts under analysis.

In so doing, I have relied upon the framework of constitutional pluralism, arguing it is both descriptively and normatively relevant for the web of relations in the European judicial space. Descriptively, it is characterised as a system in which we can observe a parallel operation of different constitutional sites claiming ultimate authority. These sites regularly engage in conflict, which is resolved incrementally through the auto-correct function, sustained in turn by the application of sincere cooperation and mutual respect. The actors in the system are in a relationship of heterarchy as they continually change their ranking over time. Normatively, constitutional pluralism is comprised of a shared core codified in Article 2 TEU, representing the minimum requirements for Union membership. The emergence of constitutional conflict in this constellation is a regular and desirable feature of the system that promotes a dynamic development of law and sets in place checks and balances between different sites of constitutional authority. However, when constitutional conflict reaches such extremes that the basic values from Article 2 TEU are no longer respected, even in their most minimalist interpretation, without any trace of sincere cooperation and mutual respect, we are speaking of destructive conflict that can only be resolved jointly by political and legal means. I have offered a broad-brush empirical illustration of the descriptive and normative propositions of the theory in Chapters 3 and 4.

Next, to corroborate these theoretical claims, I explore in great detail the three areas of constitutional conflict – ultra vires review, identity review, and fundamental rights review. The aim of this part of the book is to provide a detailed and nuanced analysis of the way the Court of Justice has expanded the self-referential system of the Treaties; the different limits that constitutional adjudicators have placed on the principle of primacy as a result; what possible solutions they envisage in the event of a constitutional conflict; and whether such solutions pertain to a constructive or destructive interpretation of the shared normative core codified in Article 2 TEU. In all three areas of review, it was possible conclusively to state that a heterarchical constellation is more conducive to cooperation, mutual respect and the will to avoid conflict. The role of national constitutional adjudicators is to keep the Court of Justice in check and control its jurisprudence in a constructive manner, and vice versa.

In ultra vires review (Chapter 5), not only have Member States announced they will police the transfer of competences from the national to the EU level, but have also found individual decisions of the Court of Justice outside the Treaty mandate. Yet, in all those cases, the finding was based on previously established standards of competence control, the Court of Justice was first involved through the preliminary reference procedure, and ultra vires review was an option available only to courts performing constitutional review, rather than ordinary courts.

When we flip through the illustrations of all the judicial triangles presented and analysed in the book (Chapter 8), what emerges is an animation of power relations permanently shifting between the Court of Justice and national courts performing constitutional review. Such a system is complex and its operation regularly causes headaches, either for the Court of Justice or for national constitutional courts, but most commonly for legal academics trying to make sense of judicial interactions and the broader ramifications for the character of the EU’s constitutional space. It is clear that the courts under analysis often disagree. Yet, the way these disagreements have been playing out in practice tells us that they form a delicate equilibrium, built incrementally over a long period of time, which allowed them to remain predominantly constructive. Ultimately, constitutional conflict is here to stay. With many a procedural and substantive tool analysed in this book, the courts I analysed can, and predominantly do, keep it constructive, to the benefit of the EU’s constitutional order.