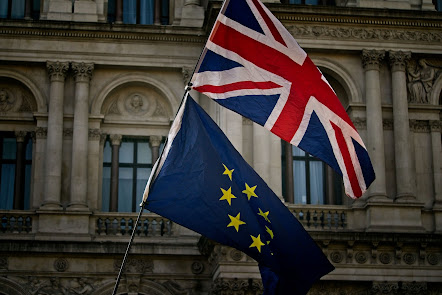 Did British citizens retain their EU citizenship after Brexit? The EU and the UK government assume not, but some Brits have begged to differ.

The issue has reached the EU courts in several ways. Three cases went directly to the EU General Court, challenging the EU Council’s decision to conclude the withdrawal agreement, on the grounds that the agreement (in the applicants’ view) wrongly removed their EU citizenship. Last August, the EU General Court rejected all these cases for lack of standing; the applicants have all appealed to the CJEU. (See my compilation of Brexit litigation for further details).

Two cases reached the CJEU via national courts sending questions about the interpretation of EU law and the validity of the decision to conclude the withdrawal agreement. This route does not raise standing problems. The first of these cases (Case C-673/20 EP) has led to an opinion of an Advocate-General of the CJEU yesterday – which argued that British nationals have lost their EU citizenship as a result of Brexit, and the decision concluding the withdrawal agreement was valid.

Summary of the opinion

The opinion begins by quoting Article 9 TEU: “Every national of a Member State shall be a citizen of the Union. Citizenship of the Union shall be additional to and not replace national citizenship” – and noting that Article 20(1) TFEU is nearly identical. It then summarises the specific issue in this case: the loss of local election voting rights of a UK citizen in France, due to her loss of the status of EU citizen (which entails such voting rights) as a consequence of Brexit. Interpreting these Articles in the context of the Treaties as a whole, the Advocate-General states that:

This is an answer to those who argue that the EU could confer EU citizenship as such on Brits, Russians or any other nationals of non-EU countries. It leads to his next point, dismissing the relevance of the previous CJEU judgments on the limits of the loss of EU citizenship which were referred to by the applicant (Rottmann, Tjebbes and Wiener Landesregierung – see discussion here) on the grounds that they all concern the loss of EU citizenship via means of loss of nationality of a Member State.

By comparison, the UK’s withdrawal from the EU took place on the basis of Article 50 TEU, which had the consequence of the UK ceasing to be a Member State. Article 50(3) TEU states explicitly that ‘the Treaties shall cease to apply’ to a State that leaves the EU when a withdrawal agreement enters into force, or ‘failing that’ two years after its notification to leave (unless that time frame is extended by mutual agreement). The opinion interprets this to mean that:

…In consequence, the United Kingdom no longer resolved, inter alia, to establish a citizenship common to that of the nationals of EU Member States or to create an ever closer union among the peoples of Europe. Since the existence of Union citizenship depends upon the acquisition and possession of the nationality of a Member State, and the United Kingdom voluntarily abandoned that status in the manner prescribed by Union law, British nationals ceased to be Union citizens. [para 28]

He then examined – and dismissed – the specific arguments made by the applicant. First, she argued that she retained her EU citizenship despite the UK leaving the EU. In his view, since the EU ‘has freely determined that acquisition of citizenship of a Member State is a condition precedent for the conferral of Union citizenship’, her argument that links to a State ground a claim to that State’s nationality fail. Equally, in his view, her argument that her links with France prevent deprivation of her EU citizenship must fail, as she could always claim French nationality (and therefore EU citizenship): “[w]ithout her possession of the nationality of a Member State, France cannot recognise EP as a Union citizen.”

Although EU citizenship, according to case law, aims to integrate EU citizens into the society of the host State, this did not mean, in the Advocate-General’s view, that the history of such integration in an individual case prevented the loss of EU citizenship:

…In addition to the objection that EP, like all other British nationals, ceased to meet the essential precondition for the enjoyment of the status and benefits of Union citizenship, namely Member State nationality, as a direct consequence of the United Kingdom’s sovereign decision to withdraw from the European Union, it may further be observed that the integration of third-country nationals into the societies of the Member States is not among the goals furthered by Union citizenship. [para 34]

A brief reference in the Rottmann opinion to the independence of EU citizenship from Member State nationality was not relevant either, as that opinion also made it clear that nationality of a Member State was a condition to have the status of EU citizen: “far from supporting the proposition advanced by EP, point 23 of the Opinion of Advocate General Poiares Maduro in Rottmann entirely undermines it” [footnote omitted].

…It describes the rationale for Union citizenship being contingent upon holding the nationality of a Member State as the Member States’ mutual commitment to construct a new form of civic and political allegiance on a European scale. By its sovereign decision to leave the European Union, the United Kingdom signalled its clear determination to repudiate that commitment. In the context of that act by a sovereign State, an individual cannot seek to rely upon his or her British nationality to assert a claim either to Union citizenship or to its benefits. [para 37]

A technical argument about the scope of the transition period in the withdrawal agreement (discussed here) failed too: the opinion concludes that only some EU law continued to apply to Member States as regards UK nationals during that period, and this did not include voting rights in local elections.

The opinion then returns to the argument that the judgments in Rottmann, Tjebbes and Wiener Landesregierung – which require that the loss of EU citizenship via the loss of Member State nationality require an individual decision subject to proportionality, legitimate expectations, and the right to be heard – apply to Brexit. Here, the Advocate-General reiterates more fully that the earlier rulings do not apply by analogy to a State withdrawing from the EU:

…The principle of proportionality requires that a competent authority balance conflicting rights and norms before taking a decision affecting an individual. The circumstances of this case require no balancing by the deciding authority that would take account of EP’s personal circumstances. As a direct result of the sovereign decision of the United Kingdom to withdraw from the European Union, a person in EP’s position lost the right to vote and to stand as a candidate in municipal elections in France, her Member State of residence. It is that sovereign decision, not that of a Member State or any authority thereof, that caused EP to lose the benefit of those rights. [para 42]

The applicant could not compare herself to a stateless person, as she remains a national of the UK:

…She can address any issue that she may have concerning her status or rights as a British national to the United Kingdom authorities. France or the European Union are incapable of playing any role in such a dispute. [para 43]

The same applied to her argument based on legitimate expectations:

…Any breach of legitimate expectations that EP may wish to ventilate concerning her status as a Union citizen is to be addressed to the United Kingdom, which has withdrawn from the European Union, and not to either the French authorities or to the European Union. [para 44]

…Any deprivation of her right to participate in the democratic process as a British national arises exclusively as a consequence of United Kingdom law. [para 45]

Nor could she rely upon the principle of non-discrimination on grounds of nationality, in Article 18 TFEU, because although that principle applied to UK citizens during the transition period in general, the specific issue of voting rights was excluded from it by the withdrawal agreement, and non-EU citizens are in a different position than EU citizens. However, it remains to Member States, if they so choose, to allow non-EU citizens to vote in local elections.

Finally, in light of his analysis, the Advocate-General answers the specific questions referred by the national court to the effect that:

-          due to the UK’s decision to leave the EU and the withdrawal agreement, UK nationals are no longer EU citizens; any legal questions arising from this are a matter for the UK, outside the CJEU’s jurisdiction;

-          various Treaty articles and the withdrawal agreement do not preserve EU citizenship rights for UK nationals, because the UK has ceased to be a Member State and ‘the exercise of rights conferred by Union law does not furnish any legal basis upon which an individual’s status as a Union citizen falls to be determined’; and

-          the decision concluding the withdrawal agreement is valid, because the loss of voting rights follows from the UK’s decision to leave the EU, considering that the EU (according to prior case law) has a wide discretion in external relations and did not exceed the margins of that discretion.

More fundamentally, as to whether the withdrawal agreement ‘infringes certain principles underlying EU identity and is disproportionate since it contains no exception to the rule that British nationals lose the rights attaching to Union citizenship’, the opinion argues:

Advocate-General’s opinions are not binding on the CJEU judges, so this is not the final word on the legal issues yet. But let’s examine what the opinion would mean if the judges follow it.

The opinion is, first and foremost, a complete rejection of the argument that UK citizens retain EU citizenship after Brexit. It explicitly applies whether those UK citizens have exercised free movement rights or not; and although it is focussed on voting rights (the subject-matter of the case) there is no logical reason to limit its effect to voting rights only. So the free movement rights of EU citizenship have also been lost – after the end of the transition period. (The applicant’s technical arguments about whether the transition period exceptions applied to Member States – even if those arguments had been successful – would anyway be moot now, following the end of that period).

The Advocate-General mentions the prospect of the applicant obtaining French citizenship (therefore EU citizenship), but not all UK citizens would find that route so easy. However, this is not crucial to the main logic of his legal argument, which is simply that EU citizenship depends on holding the nationality of a Member State – and the UK is no longer a Member State.

Moreover, in the view of the Advocate-General, the responsibility for the UK no longer being a Member State is solely that of the UK, given that the UK took a unilateral decision to leave the EU. This is consistent with prior CJEU case law (see Wightman and Shindler, discussed here and here). It follows implicitly that this case was not about whether Brexit itself was legally valid, since that was a matter for UK law (and that issue was not even raised by the national court). This is apparently sufficient in itself to defeat the argument relating to legitimate expectations, without needing to examine whether the EU created such expectations.

The Advocate-General does not discuss the common line of argument that ‘there is no provision explicitly detailing what happens to EU citizenship when a Member State leaves the EU’, presumably because he considers his conclusion as to the requirement of a link to the nationality of a Member State sufficient. If necessary, though, the response to that argument is simply that (as the opinion points out), Article 50 states that the Treaties cease to apply to the withdrawing Member State; and the Treaties create the concept of EU citizenship.