No Pain, No Gain? Implementing the European Green Deal and Getting the EU Maritime Transport Sector “Fit for 55” 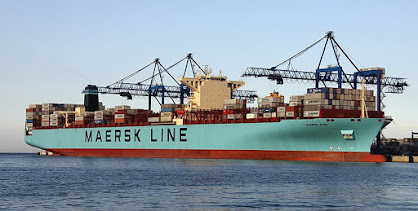 The EU has set a target of reducing its greenhouse gas emissions by 2030 by at least 55% compared to 1990 levels. This is to be achieved as part of the European Green Deal. With a somewhat unfavourable title reminiscent of a middle-aged sport group, the European Commission rolled out its much-anticipated “Fit for 55” legislative package on 14th July 2021. This bundle of legislative measures aims to secure rapid decarbonisation of the EU economy by transforming the bloc's emissions trajectory and bringing EU policies and legislation in 12 different areas into step. Given the significant impact of the transport sector in contributing to the EU’s overall emissions balance (ca. 25% of total emissions) and that emissions from this sector have been rising in recent years, it is unsurprising that many of the proposals are directed toward transport emissions. Given the sheer breadth and volume of proposals tabled, it is difficult to engage in a thorough analysis so soon, yet this short blog aims to outline some aspect of the proposed measures as they relate specifically to the maritime transport sector.

Four of the 10 proposals announced on 14th July address the maritime transport sector specifically, three being applicable to shipping and the fourth to certain ports within the European Economic Area. The three proposals related to shipping address establishing a revised system for greenhouse gas emission allowance trading (EU ETS proposal, COM(2021) 551 final), the use of renewable and low-carbon fuels in maritime transport (Fuel EU Maritime, COM(2021) 562 final) as well as a proposal restructuring the Union framework for the taxation of energy products and electricity (Energy Taxation Directive, COM(2021) 563 final). The proposed Regulation affecting ports deals with the deployment of alternative fuels infrastructure (AFIR, COM(2021) 559 final).

Arguably, the most significant proposal is for a revised Emissions Trading System Directive (EU ETS), which would include international shipping within the EU ETS framework. Under the broader applicable international legal framework (UNFCCC, UNCLOS, MARPOL etc), shipping, which is not regulated under the Paris Climate Agreement, falls under the auspices of the UN’s International Maritime Organisation (IMO). Despite having a broad mandate to regulate marine pollution, including GHGs (Article 2, IMO Convention), progress within this designated global regulator has been at times so painfully slow that the EU has now decided to take the step towards unilateral regulation and bring shipping within the EU ETS framework. Indeed, the European Commission notes at page 5 of the explanatory memorandum to the revised EU ETS proposal that “[IMO] measures are insufficient to decarbonise international shipping in line with international climate objectives”. This is not particularly novel as the EU has previously taken the lead in unilaterally lowering the sulphur content of marine fuels following a lack of progress at IMO and legally there is no obstacle to this kind of action. UNCLOS permits States to take action to “establish particular requirements for the prevention, reduction and control of pollution of the marine environment as a condition for the entry of foreign vessels into their ports or internal waters” (Art. 211 (3) UNCLOS). Indeed, broader principles of jurisdiction in public international law allow for such unilateral measures where a substantial nexus to the matter in question can be demonstrated. The significant effects of GHGs on the environment and on individuals’ health would seem to satisfy this jurisdictional criterion and the EU is therefore entitled to push forward with the creation of unilateral market-based measures in the form of ETS. Having said that, when considered from a trade policy point of view, there is some merit to calls for the EU to continue to work towards a global solution due to the threat of loss of competitiveness as well as the potential for harmful regime fragmentation and increased costly administrative burden for shipping companies and others due to, for example, multiple monitoring and reporting standards. To that end, the EU ETS Directive proposal contains a review clause to assess progress at IMO (Article 3ge).

Under the EU ETS scheme, companies buy allowances based on one allowance being equal to 1 tonne of CO2 emitted. The proposal makes it clear that shipping companies (or the party made responsible for the emissions) will not be entitled to any free allowances. Sufficient allowances must be surrenders to cover the emissions for the year. Allowances can be bought and sold as commodities so that (environmentally friendly) companies with more allowances than they need can sell them to others or keep the unused allowances in reserve. The scheme will apply to vessels of 5,000 gross tonnes and above. The applicability of the EU ETS Directive proposal rationae loci relates to emissions from all voyages between ports in the European Economic Area (EEA) and at berth in EEA, i.e. intra-EEA voyages. In addition, extra-EEA voyages, whether inbound or outbound also fall under the scope of the EU ETS proposal, albeit only 50% of the respective inbound and outbound emissions. The considerable impetus with which the European Commission is proceeding is evident in the fact that emission allowances will already have to be purchased from 2023. However, a graduated introduction of allowances is foreseen, starting with 20% of emissions in 2023, rising to 45% in 2024, 70% in 2025 and then to full 100% emission coverage for 2026. Sanctions are foreseen with fines of €100 per tonne CO2 and repeat offenders who have been non-compliant in consecutive years could even be denied entry to EU ports.

The other most significant element within this legislative package can be seen in the imposition of the first greenhouse gas intensity requirements on shipping fuels by way of the Fuel EU Maritime proposal. This proposed Regulation stipulates a limit on the GHG intensity of energy used on-board by a ship arriving at, staying within or departing from ports under the jurisdiction of a Member State (Art. 1). Ship fuels used by these ships must improve their GHG intensity by a prescribed percentage compared to a 2020 baseline (Art. 4). Once again, a graduated approach is envisaged, with ever-more stringent improvements required every 5 years until 2050. This proposed legislation will also apply to vessels of 5,000 gross tonnes and above.

The Fuel EU Maritime proposal could lead to a considerable proportion of the energy used by ships calling at EU ports being LNG and biofuels by 2035. Two primary concerns are pertinent in this respect, namely calculations suggesting that LNG, itself a fossil fuel, in fact offers minimal emissions reductions as well as releasing methane unburned during the energy conversion (combustion) process, and that many biofuels are suspected of having less than proven sustainability criteria, depending in particular on where they are produced. In addition, the requirement that shipping companies source adequate fuels, even when the ship is outside the EU, could be particularly burdensome to the point that it is excessive or disproportionate.

A significant development contained in the EU ETS and Fuel EU Maritime proposals is the strengthened recognition of the polluter pays principle in the sector. Typically, shipping companies could have been assumed to be responsible for emissions caused and the GHG intensity of a particular vessel. However, in what would appear to be a late inclusion in the draft proposals, the EU ETS and Fuel EU Maritime proposals include provisions recognising the role of the commercial operator. Under this regime, the shipping company would be permitted to make commercial operators, i.e. charterers who determine the choice of fuel, route and speed of the ship, responsible for costs of compliance with the two draft legislative proposals in question by way of an appropriate “commercial agreement”.

The third Fit for 55 legislative proposal aimed at the shipping industry (Energy Taxation Directive, ETD) relates to the taxation of energy products and discourages the use of fossil fuels by setting higher rates of taxation for fossil fuels and lower rates for renewables products thereby decreasing the relative price advantage of fossil fuels over less polluting alternatives. The material scope of the proposed ETD therefore imposes tax on bunker fuels sold in the EEA for voyages within the EEA, although Member States can choose to extend this to extra-EU voyages. As this is a piece of taxation rather than environmental legislation, unanimous approval in Council is required. It is therefore not unthinkable that certain Member States such as Cyprus, Greece and Malta, with their particular interest in the shipping industry, could block proposals or that proposals could be considerably amended to appease certain vested interests.

In respect of ports, the scope of the AFIR proposal is limited to those ports within the Trans-European Transport Network (TEN-T). Some 329 ports make up this network, which are determined on the basis of a set of quantitative thresholds. Hence, the largest ports in terms of freight volumes and passenger volumes are affected. These ports will be responsible for providing an “appropriate” LNG refuelling infrastructure as of 1.1.2025 (Art. 11) and must also provide a minimum shoreside electricity supply for containerships and passenger ships as of 1.1.2030 (Art. 9). The proposed Regulation contains mandatory national targets for the deployment of “sufficient alternative fuels infrastructure” in relation to vessels as well as road vehicles and stationary aircraft. Common technical mechanisms are foreseen (Art. 19), in addition to national policy frameworks (Art. 13) and robust reporting mechanisms (Art. 14). The European Commission’s choice of LNG as the preferred fuel-source is interesting in that full alignment between the Alternative Fuels Infrastructure proposal and Fuel EU Maritime proposal must be maintained throughout what could be a lengthy legislative process. This is illustrative of the inter-related nature of the various proposals. In any event, considering the aforementioned criticism of LNG, its largely recognised medium-term stop-gap character and the clear preference of some significant carriers for alternate fuel sources such as ammonia, it remains to be seen whether this proposal will have sufficient longevity to have the desired effect. Further discussions will almost certainly centre on avoiding carbon leakage, future proofing, clarifying the addressees of reporting obligations and, almost inevitably, the issue of funding for capital infrastructure investment projects.

This preliminary assessment has shown the generally far-reaching approach adopted by the European Commission with these proposals. The unilateral nature of EU action has been identified as legally acceptable but not entirely unproblematic from a political and trade policy point of view. At the same time, the EU has enjoyed success in driving the international regulatory agenda with a similar past strategy in relation to fuel sulphur-content limits and there is every reason to think that these measures could have the incidental effect of increasing the pace of negotiations at IMO. Of course, it goes without saying that all proposals will now be subjected to considerable scrutiny and negotiation within the Parliament and Council of the EU. It remains to be seen whether and with which measures the EU maritime transport sector can be whipped into shape to make it truly Fit for 55.