I never promised you a rose garden: a response to Dominic Cummings 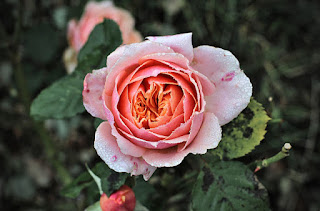 Last night Dominic Cummings, after a long day of asserting his own brilliance, tweeted about me as one of the ‘charlatan campaigning lawyers on Twitter’, along with Jolyon Maugham, David Allen Green and Jessica Simor. In his view, we were ‘*really* bad at politics’ – his ‘proof’ being a tweet from David Allen Green about the likelihood of the revocation of the decision to leave the EU, and an unsubstantiated assertion about us claiming that Dominic Grieve, the former Attorney-General, would “beat” Vote Leave in 2019.

I don’t know why Mr Cummings paused from contemplating his own greatness to have a dig at those of us who point out that he often gets the law wrong. It’s as if Thanos paused mid-snap to pull the wings off a fly. Be that as it may, here’s my response. I can only speak for myself – although you can see David Allen Green’s response here. Furthermore, this is a fresh blog post: unlike Mr Cummings, I haven’t gone back and amended an old blog post to pretend that I’ve said all this months ago already.

First, the general point: judging me on whether I’m ‘bad’ at politics is as relevant as judging me for my skills at pole vaulting or astral projection. I tweet political views (among other views), but I’m not a politician, a SpAd, a spin doctor, or a political scientist. I’m already aware that my tweets don’t swing millions of votes (whose tweets do?).  My main focus, as it says in my profile, is tweets about the law – particularly EU law, human rights law, and world trade law. In that context, for instance, I have pointed out falsehoods or dubious claims from Mr Cummings about Vote Leave’s breach of electoral spending law, not triggering Article 50, disinterest in international trade, not challenging David Cameron’s claims, and the ‘Turkey is joining the EU’ slogan.

I thought about going into politics when I was younger, but there’s a good reason I didn’t: because I knew I might end up having to tout the equivalent of some innumerate slogan on the side of a bus, or backstabbing EU citizens, in order to further my political career.  Most of my political tweets are about what I think should happen, but I recognise that my views will not necessarily win votes. A more utilitarian approach would be to jettison some less popular policies in order to increase the chances of victory so that some policies could be implemented. I can see the force of that argument, although there comes a point when a political party could end up throwing its raison d’etre out with the bathwater; and the tactic might fail on its own terms, as core voters desert the party, with intended converts recognising a party uncomfortable in its own skin, and voting for a party that actually believes those things instead. Reasonable people can differ in how to deal with this tension in relation to individual policies.

Next, the specific point: as I’m not a political scientist, I don’t generally make forecasts about political events. On the particular issue of staying in the EU, though, far from predicting that the UK would revoke the notification to withdraw from the EU, I never thought that was very likely once the referendum vote went for Leave (for evidence, see my tweets here, here, and here). On Dominic Grieve in particular, none of my tweets mentioning him talk of him ‘beating Vote Leave’ (and note my tweet saying it was an open question whether he would win his own constituency). I did point out that the Benn Act on requesting an extension of EU membership was valid – because it was, and I note that the Prime Minister indeed ultimately complied with it. But still, it’s possible that somewhere in the second half of 2019 I made some political predictions on Twitter that didn’t turn out. Knock yourself out finding them, Dom.

This brings me to the relative importance of law vs politics. It’s a common theme of Cummings that politicians should just do as they choose, ignoring ‘yapping’ lawyers. In fact, I agree that on essentially political questions, politics will take precedence over law. I’ve often said that it was a category error to assume that somehow a court would rule that Brexit was ‘illegal’: as long as the political will existed, it would find a way around court judgments (such as Parliament passing an Act to trigger Article 50, after the Supreme Court ruled that the government needed Parliament’s assent). Deus ex curia is not a Brexit thing.

But law can still impact upon how decisions get made, and in any event to my (legal) mind there’s intrinsic value to getting the law right – in much the same way that Mr Cummings often does not. That’s not only my day job, but it’s also one of the key reasons why I am on Twitter: because I believe there is social value to bolstering public understanding of the law.

We’ll never know. But I have a less narcissistic view of my own abilities than Cummings. (Who doesn’t?) And I have a more sanguine view of how easily nexus events can lead to branches of the sacred timeline.  If I had been a Mandelsonian spectre haunting British politics for the last twenty years, the UK would not have entered the Iraq War. But would that have saved the Labour Party? It won in 2005, after all; so the Iraq War did not immediately destroy it. Perhaps I would have ordered Gordon Brown to go back and glower at Gillian Duffy, not apologise to her. But would that really have helped Labour?  There could have been a transitional period for workers from Poland etc coming to the UK. But that would have just kicked the can on this issue to 2011.

The LibDems could have handled the coalition differently; but their previous left and anti-politics voters might have rejected them nevertheless just for entering it. Cameron could have promised a referendum on Turkey joining the EU; voters might not have believed him. He might have refused to hold a referendum in the first place; but Leavers would not have just shrugged and gone away. (If Cummings thinks I’m bad at politics, he should meet my Reply Guys who think that Cameron could have stayed on and refused to implement the referendum result in June 2016). Corbyn could have done more referendum events; but no one was paying him that much attention at the time. The Remain campaign could (correctly) have argued more that austerity stemmed from Tory government policy, not the EU; but how on earth could Cameron and Osborne, leading the campaign, credibly have delivered that message?

Cummings says that he would not have triggered Article 50, but tried to negotiate with the EU beforehand, even though the EU policy was to refuse to do so. He says that he would have implemented a withdrawal via domestic law, but he would have had to convince Parliament. Doing so without Parliament might have led to litigation: it’s tempting to imagine Gina Miller Variants frustrating Cummings in multiple timelines. And declining to send the Article 50 notification might have scuppered Conservative party plans to hoover up UKIP votes.

A final point about being ‘really bad at politics’. One of the few things that Mr Cummings and I agree about is that the government’s response to the pandemic has largely been poor. But only one of us played a key role in putting that government in power – complete with a Prime Minister he calls the ‘trolley’, whom he immediately wanted to depose. If that’s being good at politics, I wonder what being really bad at it is.