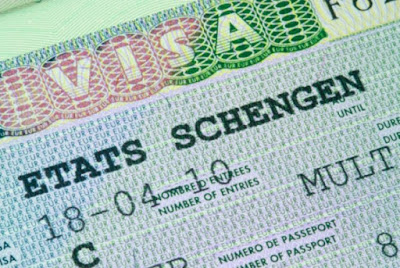 Today, the European Parliament is due to approve a revision of the law on the EU visa code, which sets out the basic rules on how to get a short-term visa to visit Schengen countries. (Update: the EP has voted in favour of the law.) Since this law was previously agreed with the EU Council, it is likely to be finally adopted by the Council in the near future. [Update: the law was adopted soon after, and published in the EU Official Journal in July 2019.] This law simplifies the visa application process a little, in return for increased application fees. But more significantly, it integrates EU visa policy even more closely with the EU’s external migration control policy, providing for incentives and sanctions for non-EU countries which respectively cooperate or fail to cooperate on readmission. (Parts of this blog post build on my previous post on the visa code proposal, before the recent agreement on the final text).

The rules for issuing short-term visas are set out in the Visa Code, adopted in 2009. The CJEU has clarified some key points of the Code, ruling that: in effect it creates a right to a visa if the conditions are satisfied, although Member States have flexibility over how to apply those conditions (Koushkaki, discussed here); there must be a possibility of judicial review as part of the appeal process (El-Hassani); and “safe passage” visas for refugees in need of protection are not covered by the Code (X and X).

The Code concerns “Schengen visas”, ie visas which allow travel across the entire Schengen area. As such it applies to the EU countries fully applying the Schengen rules (all Member States except the UK, Ireland, Croatia, Cyprus, Romania and Bulgaria) as well as the non-EU Schengen associates: Norway, Iceland, Switzerland and Liechtenstein.

The list of non-EU countries whose citizens do (or do not) need a visa to visit the Schengen area is set out in a separate visa list Regulation, which was recently amended to waive visas for UK citizens after Brexit, as I discussed here. (Note that proposals for visa waivers for Turkey and Kosovo are on hold). In practice, visa requirements are waived for most of the Americas, most neighbouring European countries, higher-income countries in Asia/Pacific and a couple of Middle Eastern States (Israel and the United Arab Emirates). Conversely, visas are required for visitors from lower-income Asian and Pacific States, the rest of the Middle East, most of Africa and the Caribbean (except for some smaller islands), a few Latin American countries and the bulk of the former USSR (most notably Russia).

There is also separate EU legislation to set up a “travel authorisation” system (see discussion here), which will apply to all non-EU countries with a visa waiver but without a free movement agreement with the EU. As things stand, this law will apply to the UK, unless some special exemption is requested and agreed. A travel authorisation is similar to a visa in that it requires a prior authorisation to travel, but will cost less and be valid for much longer.

The visa code is also separate from (but closely linked to) the EU law setting up a Visa Information System, a database of information on applicants for Schengen visas. Although the Commission also suggested a revision of this law in 2018, and the EP and the Council adopted their positions on this text, the two institutions did not agree between themselves before the end of the EP’s five-year session. So they will negotiate on this in the next EP session. (The proposal would, among other things, provide for fingerprinting 6-year-old visa applicants, and extend that system to apply to long-stay visas and residence permits).

The law approved by the EP today is the second attempt to revise the visa code. The first proposal  dates to 2014, and focussed on economic issues, in particular aiming to facilitate tourism. A parallel proposal for a “touring visa” would have provided for an extended stay for those visiting multiple Member States for a longer period, as part of an orchestra or circus, for instance. (I discussed the details of both proposals here). The 2014 proposal also included provisions on facilitating the travel of EU citizens’ non-EU family members (discussed here), and, as noted already, it was an opportunity to argue for explicit “safe passage” visas to be added to the rules (as discussed here). However, it ultimately failed, because the EU Parliament and Council could not agree on whether it should include those “safe passage” visas. In light of the perceived “refugee crisis” of 2015-16 in the meantime, the 2018 proposal focussed instead time on security concerns, rather than economic growth.

The Commission withdrew both 2014 proposals in light of the negotiation deadlock, and tabled a revised visa code proposal in March 2018. (It did not try to revive the “touring visa” proposal). This was met with much interest in the Council, which adopted a negotiation position on the proposal already by June 2018. I discussed the Council’s position further in a previous blog post. The European Parliament adopted its position in December 2018.

The Commission’s 2018 communication on visa policy is a good overview of the purposes of the proposal. In addition to the main focus on security – which takes the form of penalties for non-EU countries that do not cooperate with the EU on readmission policy – it contains a limited number of simplifications for legitimate travellers. The Commission dropped the proposals to simplify travel for EU citizens’ family members, and made more suggestions to simplify the rules on multiple entry visas as compared to 2018.

One key feature of the new law is the power to punish countries that do not cooperate with the EU on readmission (by raising visa fees, requiring more documents, slowing down processing times, and limiting the issue of multiple-entry visas), following a diplomatic process in which the EU will threaten these sanctions if no cooperation is forthcoming. (It’s already EU policy to link treaties simplifying the issue of visas to readmission treaties, but this policy will now become unilateral). At the behest of the EP, it will also be possible to offer carrots as well as sticks: lowering visa fees, speeding up processing times, and issuing multiple-entry visas with longer validity, where the country concerned is ‘cooperating sufficiently’ on readmission.

On other issues, it will be possible for travellers to apply for a visa six months in advance, rather than three, although they should also apply (except in cases of urgency) at least 15 days before they plan to travel. Professional, sporting, cultural or educational bodies can now apply for visas on behalf of their staff. The requirement to appear in person (usually subject to a waiver in practice) will only apply when registering fingerprints, although they might also be submitted electronically.

Visa application fees will rise from €60 to €80, and from €35 to €40 for 6-12 year olds, and the Commission will now have the power to revise the fee every three years. The mandatory fee waiver for researchers is extended to apply not only where they are carrying out research, but also when they are attending seminars or conferences. (Other mandatory fee waivers, for children under six, pupils and students, and NGO representatives at youth conferences or events, are retained.) The optional fee waivers for diplomats and youth attendees at conferences or events are retained, and the optional fee waiver for children is extended, to apply to children up to 18 years old (not just 12 as in the current code). The new “punishment” clause will raise the visa application fee to €120 or €160 for travellers from countries that are judged not to cooperate on migration. Service providers will be able to charge higher fees than they do now in some cases.

The current rule on deciding on a visa application within 15 days will be kept (the Commission had proposed to reduce it to 10 days), although the length of the extended period in certain cases will be cut (45 days, instead of 60).

Streamlining the current rules on multiple entry visas, such visas will be available lasting for one, two or five years will be available, based on prior lawful use of a visa. The final text dropped the Commission’s proposal to refer to judicial review in the event of an appeal against refusal of a visa, but this cannot change the legal obligation to provide for such a review, since the CJEU ruling on this issue (El-Hassani, noted above) based this obligation on EU primary law: the EU Charter of Fundamental Rights. The Commission proposal to issue visas at the border in order to encourage tourism was also dropped, as was the current law’s possibilities of having “co-location” and “common application centres”, as they have been overtaken by events – the trend of outsourcing the visa application process to private entities. As a partial substitute, the revisions will simplify the rules which apply when one Member State represents another one for visa applications.

The European Parliament has ultimately gone along with the bulk of the Commission proposal and Council amendments, giving up on the simplification of travel rules which the Commission initially proposed in 2014, including for EU citizens’ family members, as well as the “safe passage” issue (on which the EP has passed a non-binding resolution). There are some modest facilitations of travel, in particular as regards multiple-entry visas and some additional fee waivers, in particular as an option for older children.

The readmission punishment and incentive clauses form part of the EU arsenal of stricter migration control policies, such as arrangements with Turkey and Libya and with greater internal and external border checks, including the expanded powers for Frontex also approved by the EP today. Whether these changes will be effective remains to be seen; there will presumably still be juicier carrots offered via the EU-Africa funds offered to States which cooperate with the EU’s increasing attempts at “remote control” of migration. Whether the new policy will work in practice, or – even if it does work – satisfy those voters who remain angry despite reduced migration flows, equally remains to be seen.