Do potential asylum - seekers have the right to a Schengen visa? 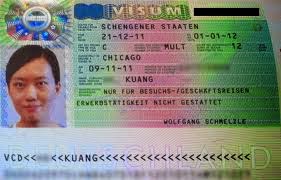 
In its recent judgment in Koushkaki, the Court of Justice clarified some key questions regarding the process of applying for a Schengen visa, in effect ruling that applicants have a right to a visa if they meet the necessary conditions. In doing so, it implicitly raised further questions about the grounds to refuse visa applications made by potential asylum-seekers.

Mr. Koushkaki, an Iranian citizen living in Iran, applied to the German authorities for a Schengen visa to vist Germany. The German authorities refused, on the grounds that he did not have proof of subsistence for his stay or return. These are among the conditions for entry set out in the Schengen Borders Code, and also apply to the issue of Schengen visas under the EU visa code.

The Advocate-General took the firm view that there was no right to a Schengen visa, but the Court took a different approach. It reworded the national court's main question, answering instead the question whether the list of grounds for refusal of a visa set out in the Code was exhuastive. In the Court's view, the list was exhaustive, taking account of the wording, context and objectives of the Code.

First of all, the wording of the Code was ambiguous. Secondly, the context included: a reference to only those grounds for refusal listed in the code; a standard form for giving reasons for a rejection of a visa application which provided for no other reasons for refusal besides those listed in the Code; the wording of the legislation establishing the Visa Information System; and the link between the grounds for refusal of a visa application and the grounds for revocation or annulment of a visa which has already been issued. Since a Member State can annul or revoke a visa issued by another Member State, this presupposed that the 'conditions for the issue of uniform visas are harmonised', so there could be no differences between Member States as to the grounds to refuse a visa.

As for the objectives of the visa code, the preamble to the code states that it aims to 'establish the conditions for the issue of uniform visas'. Also, the preamble refers to 'the facilitation of legitimate travel', which would be jeopardised if Member States could add their own grounds for refusal of a visa application. So would the objective of 'preventing different treatment of visa applicants', also referred to in the preamble. Such variations in national practice would also encourage 'visa shopping', ie applications being to the Member State with the most favourable rules (leading to what a labour or company lawyer would call a 'race to the bottom').

Having said that, the CJEU did emphasise that Member States' authorities had a lot of discretion in applying the standard criteria. They have to consider the 'personality of the applicant', his or her integration in the country of origin, the 'political, social and economic situation of that country' and the possible threat to public policy, internal security, public health or international relations of the Member States. Some of these factors are not, in fact, expressly referred to in the visa code.

The Court of Justice then addressed the national court's other questions. It clarified that there need only be 'reasonable doubt', not certainty, that an applicant had the intention of leaving the country when the visa expired, and spelled out the criteria which had to be taken into account. Finally, it required the national court to interpret national law consistently with the judgment, even though that national law provided for residual discretion to refuse visa applications.

The Court's judgment is surely relevant by analogy to applications for most of the various forms of short-stay visa referred to in the visa code: airport transit visas, multiple-entry visas and visas with limited territorial validity. It is doubtful whether it applies to the issue of visas as the border, since the code says that such visas 'may' be issued if the relevant conditions are met. More obviously, the judgment is relevant by analogy to the Schengen Borders Code, given the similar wording and context of the rules on refusal of entry in the latter code, along with the use of a similar standard form to give reasons to refused applicants.

It is also arguable that the judgment applies by analogy to some or all of the EU's legal migration legislation: indeed the same German court has sent questions to the Court of Justice on exactly this point, as regards the students' Directive (Ben Alaya).

On the key question of the 'right' to a Schengen visa, the Court's ruling is welcome and its reasoning is convincing, in light of the structure and objectives of the visa code. It is notable that the Court sets out its ruling in technical language, referring to the exhaustive nature of the list of grounds for refusal, rather than a 'right to a visa'. But this is a distinction without a difference: national authorities must nonetheless issue the visa if the conditions are satisfied. As Mary Poppins might say, the different wording is simply a 'spoonful of sugar' to help the national authorities accept the Court's ruling.

Anyway, as the CJEU makes clear, those authorities have a lot of discretion left when they apply those criteria. As noted above, some of the factors referred to by the Court are not referred to in the Code. In particular, assessment of the applicant's 'personality' surely requires a psychiatrist, but it is doubtful that many consulates employ any of them.

The position of potential asylum-seekers

On the facts of the Koushkaki case, it is strking that when Mr. Koushkaki mentioned that his brother had obtained asylum in Germany, the German authorities refused his application for a visa on the grounds that he had not proved his intention to return. Since Mr. Koushkaki might be assumed to have had life experiences comparable to his brother's, the national authorities might well have feared that he intended to apply for asylum in Germany. (Incidentally, the Dublin rules would have allocated Germany responsibility for his claim, if the German authorities had given him a visa).

Can potential asylum-seekers rely on this ruling to insist on the right to a Schengen visa? The key problem is that they do not have an intention to leave the country which might issue the visa to them. They would need to offer enough evidence that they do have such an intention to dispel any reasonable doubts of the national authorities. While such evidence might not be offered honestly, Article 31 of the Geneva Convention implicitly makes clear that the need to flee persecution justifies breaches of immigration law.

While Article 21(1) of the visa code refers to a need to decide whether an applicant presents a 'risk of illegal immigration', this clause should not be used against potential asylum-seekers, since they have the right to stay in the territory (subject to the conditions in the asylum procedures Directive), and the case-law of the CJEU on the Returns Directive confirms that they cannot be considered to be irregular migrants.

Potential asylum-seekers would also have to meet the other relevant conditions, such as holding a valid travel document, having subsistence, and not being listed on the Schengen Information System. For many, these conditions will be hard to fulfil.

However, as suggested above, following Koushkaki it could be argued that Member States are obliged to issue a visa with limited territorial validity (ie valid in one Member State only: this is good enough for an asylum-seeker to flee persecution, provided that the Member State concerned complies with its obligations towards asylum-seekers).  Such visas 'shall' be issued if the Member State 'considers it necessary on humanitarian grounds, for reasons of national interest or because of international obligations', to derogate from the rules in the Schengen Borders Code (among other things). Arguably the binding nature of the relevant international obligations, along with the EU Charter of Fundamental Rights and the use of the word 'shall', override the discretion suggested by the words 'consider it necessary'.

If this argument is correct, then the Koushkaki judgment has opened a significant crack in the wall of 'Fortress Europe' for would-be asylum-seekers.