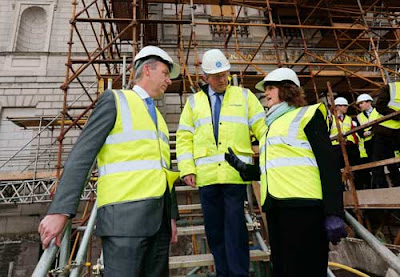 Last week’s CJEU ruling in Tarola, responding to a preliminary reference from the Irish Court of Appeal, interprets yet another cryptic provision of the Citizenship Directive, art. 7(3) on retention of worker status. The ruling sits at the intersection of EU law on free movement of workers, and on free movement of citizens. It is about rights descending from the status of worker. Yet it concerns the situation of unemployed persons at the periphery of workers’ status, whose condition stretches into citizenship territory. For these reasons, the case provided an opportunity for the Court to blend the assertive approach of its case law on workers with the cautious attitude it has adopted in its recent case law on non-economically active citizens. The resulting judgment adds yet another chapter to the tormented story of access to social benefits in the context of free movement.

Mr. Tarola, a Romanian national, worked in Ireland in either an employed or self-employed capacity for several periods of a few weeks each in 2007, 2013 and 2014. In 2013 and 2014 he applied there for jobseeker’s and welfare allowances. His applications were refused on the ground that absent proof of ability for self-support and absent a sufficiently long employment record he had not demonstrated habitual residence in Ireland. In the resulting litigation, Mr. Tarola argued that he had the right to reside in Ireland for the six months following a two-week period of employment in July 2014 under art. 7(3)(c) of the Citizenship Directive. The argument did not convince the High Court, however it raised attention at the Court of Appeals that referred to the CJEU.

The referred question revolved around the interpretation of article 7(3)(c). More precisely, paraphrasing Advocate General Szpunar, the question was whether a Union citizen who works in another Member States for two weeks otherwise than on a fixed-term contract and then becomes involuntarily unemployed retains the status of worker and the right to residence that comes with that status.

Article 7(3)(c) of the Citizenship Directive is particularly convoluted. It provides for the retention of the status of worker for no less than six months in two hypotheses not clearly distinguished until yesterday’s ruling. The first situation is fairly straightforward: duly recorded unemployment following termination of a fixed-term contract of less than a year in duration. The second is more nebulous. The text refers in this respect to a person having ‘become involuntarily unemployed during the first twelve months’ and having registered as a job-seeker. The court found in particular that the text left two aspects undetermined: (i)  the type of activity or contract in whose context a person became involuntarily unemployed and 2) the context of the ‘first twelve months’ phrase, whether first twelve months of any employment contract, of a fixed-term contract, of residence in the host Member State, or else (par. 35).

The court’s solution was that the provision allows retention of the status for workers “in all situations in which a worker has been obliged, for reasons beyond his control, to stop working in the host Member State before one year has elapsed, regardless of the nature of the activity or the type of employment contract entered into for that purpose”. (par 48) This interpretation was drawn from the context, purpose and origin of the provision of art. 7(3)(c).

With regard to context, the court noted that the provision sits within article 7, providing overall for the right of residence, and its retention, for all those who have exercise an activity in an employed or self-employed capacity. As affirmed in Prefeta, retention of that right is granted on the assumption that the citizen is available and able to re-enter the labor market within a reasonable period. (par 39-40) The court added that, within the broader context of the gradation of the right to residence that the Citizenship Directive operates, article 7(3) establishes a gradation also for retention of the status of worker. This gradation is based among others on reasons for inability to work and on the initial duration of the period of activity. On the top grade are those citizens who are unable to work because of accident or illness, because of undertaking vocational training, and because of having remained involuntarily unemployed after having worked for at least one year. All of these retain the status without time limits. On a lower grade are those who have worked for less than one year and who can retain the status for as long as the Member States like, provided this is not less than six months. (par 43-45)

In terms of purpose, the court observed that the offered interpretation of art. 7(3)(c) satisfied the general objective of the EU Citizenship Directive, namely strengthening the right of movement and residence, without undermining its further objective of protecting the Member States’ finances from undue burdens. The interpretation was also consistent with the specific objective of article 7(3) of the Directive, described in previous case law (e.g. Gusa) as that of protecting the right of residence of persons “who are in the absence of work due to circumstances beyond their control”. (par 49-50)

Finally as to the origins of art. 7(3)(c) the court found that its reading of the provision mirrored the intention of the drafters. The travaux preparatoires indicated indeed that the second part of art. 7(3)(c) had been added in the draft directive so as to extend protection to workers in involuntary unemployment after less than a year regardless of the type of contract covering their activity. (par 53)

The ruling concluded with a dictum inspired by the AG opinion and with a note to the referring court.  The dictum is that persons residing on the basis of the Citizenship Directive, including those retaining the right to reside under art 7(3), are entitled to equal treatment with nationals. Hence if national workers who have worked only for a short period of time are excluded from social benefits, the exclusion applies also to migrant EU citizen workers. The note to the referring court was that it was accordingly for it to determine, in light of national law, whether Mr Tarola was entitled, under the principle of equal treatment, to the social benefits he was seeking.

At least three aspects in this judgment are worthy of note. A first one is the way the court treats the citizenship directive. A second one is the court’s note on entitlement to social assistance. A further one is the balancing exercise the ruling performs between protection of movement and residence rights and protection of state finances. These elements, respectively, help situate the judgment at three crossroads: the one between the law on free movement of workers, and the law on free movement of citizens; the one between EU law on equal treatment, and national law on welfare assistance; and the one between competing objectives pursued by EU free movement law.

With regard to the Citizenship Directive, the court sticks to the rule of interpretation it promises up front. The directive cannot be interpreted restrictively. And indeed the court offers a quite broad interpretation of its relevant provision. That the provisions of the Citizenship Directive require broad interpretation is no novelty. The court has repeated this rule of interpretation again and again in several cases. Yet in recent years it has not always as enthusiastically applied the same rule (a recent example is the SM case, treated here; a slightly older one is Singh and others).  The court’s approach in Tarola is the result of a special conjuncture: the court is de facto ruling on the rights of a non-economically active citizen, but it is formally dealing with a worker-it is not in question indeed that Mr. Tarola meets the EU law definition of worker (par. 25)-. This allows the court to intersect, if not the law, the interpretive approaches belonging to two different strands of its case law: the assertiveness of its case law on workers, and the caution of its recent case law on non-economically active citizens.  Echoes of the former allow the court to deliver, from a relative comfort zone, a result that bears on the social protection of Union citizens.

The caution that characterizes the case law on non-economically active returns, on the other hand, through the court’s drawing of a clear boundary between right to equal treatment and entitlement to social assistance. In the final dictum, the court emphasizes that the right attached to a worker’s, or citizen’s, right to residence, is one of equal treatment. Retention of the status of worker, and of the corresponding right to reside, does not necessarily mean entitlement to obtain social assistance. It simply means entitlement to apply for it, and obtain the same response as a national would get. This sounds as a reminder, and a word of reassurance, to the Member States that they are free to organize their welfare systems as they wish. At the same time the court gives the Member States a gentle nudge: if they do not like paying benefits to those who have worked too little, they had better say so in national law.

The gentle nudge to the Member States ultimately reflects the court’s endeavor to take into account, and balance in Tarola, two competing objectives of the Citizenship Directive. One is the objective of strengthening the right to move and reside for all Union citizens (witness to the case standing at the crossroads of workers and citizenship law, the court refers in reporting those objectives to citizens in one sentence, to workers in the next, par 49-50). The other is the objective to ensure that the Member States’ social security and social assistance systems are not placed under an undue burden. The tension between these two objectives underpins the entire case law on social benefits provision in the context of free movement. This brings the Tarola ruling closer to the line of cases that from Trojani descends to Dano and its progeny. The tension in that case law, however, is not always as clearly acknowledged and as carefully addressed as here. In this respect, Tarola might signal a further turn in a doctrine that has experienced several twists. It may be the first sign of the taking on, on the part of the court, of a more coherent role in reconciling the conflicting objectives of the law on free movement.