EU Closed Evidence by Stealth: Testing the Limits of Access to Justice and European Judicial Cooperation 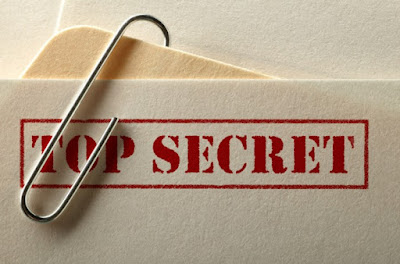 
More than a ‘Procedural’ Revision


The European Union for the past few years has faced significant crises of political and economic nature. It has to deal for the first time in its 60-year history with a Member State wanting to exit from the Union; with hostility by and even trade wars with what used to be a solid transatlantic ally; and growing populist movements across Europe undermining the fundamentals of the EU construction, such as the rule of law. It is understandable that in the midst of these waves of uncertainties and challenging pressures, less attention is paid to the EU courts and the changes in how they deal with secrets, such as classified documents protecting national security.


What prima facie may seem merely as a procedural change, introduced by a revision of the Rules of Procedure in 2015, in how EU courts should handle confidential information, has a severe impact on the right of access to justice, European judicial cooperation, and EU counter-terrorist measures – all of which have been largely out of public focus and debate.


For the first time in the history of the EU courts, the reliance on closed evidence, i.e. evidence that is not disclosed to the applicant, is allowed. This restricts the ability of the individual to defend herself to an extent that is contrary to established guarantees of the right of access to justice both under EU law and under the European Convention on Human Rights (ECHR).


This revision of procedural rules took place mostly behind closed doors. When attempts were made by human rights groups to express concerns for the revisions, they were met with a rejection letter by at the time President of the General Court for any ‘interference’.


Drawing from a recent publication on closed evidence, below we explain the implications of closed evidence for the right of access to justice and European judicial cooperation.


The right of access to justice is protected under all constitutional orders of the Member States, the EU Charter of Fundamental Rights and the ECHR. Under all these legal orders, limitations to access to justice must be justified and can only be justified if they meet certain requirements. One essential requirement is that the gist of the secret information that is used against the individual must be disclosed to her, in order to allow the individual to defend herself and rebut the accusations brought by the other party. However, Article 105(8) of the Rules of Procedure of the General Court allows under certain circumstances full secrecy and complete lack of disclosure of the confidential material to the applicant. For example, if the Council relies on confidential information in its arguments and the Court is convinced about the sensitive nature of these files, the Court will base its assessment on these arguments without disclosing the information to the applicant. Not even a summary is disclosed to the applicant and this marks a clear departure from the Court’s previous case law.


Some constraints however apply to the Court when considering closed evidence: first, the Court may take into account the confidential information only if it is essential for the decision in the case; second, the Court must confine itself to information that is strictly necessary; and third, in its final judgment the Court must take into account that the applicant has not been able to make their views known on the closed evidence against them. Although these constraints are necessary they do not compensate for the fact that not even the gist of closed evidence was disclosed to the applicant, which is a requirement in the case law of the ECtHR.


The fact that the EU procedure for closed evidence does not comply with the case law of the ECtHR may leave the Member States in a difficult legal position. Member States are bound by the ECHR under international law. If they followed the EU closed evidence procedure they would infringe their duty under ECtHR to disclose in all cases at least the gist of the incriminatory information. This would in turn negatively affect the relations and trust between the Strasbourg and Luxembourg courts.


The EU closed evidence procedure may add to the tensions in European judicial cooperation, both in the relation between national courts and EU courts as well as between EU courts and the ECtHR.


Sharing official secrets requires a high level of trust. Especially in issues of national security, sharing secrets among Member States or between them and the EU institutions has been a challenge, to say the least. In fact, this lack of trust and lack of sharing of information by national authorities with the Court, was what led to the revision of the procedural rules in the first place. The Court was continuously annulling EU restrictive measures against terrorist suspects (EU counter-terrorist sanctions) by the Council when it was not receiving access to the confidential or even classified information on the basis of which the sanctions were (presumably) adopted.


Whilst the General Court may gain (a bit of) Member States’ trust by having security procedures in place, the EU closed evidence procedure could strain trust relations between national courts and EU courts. The use of closed evidence is not permitted in most Member States. If the EU courts use the closed evidence procedure in a manner that does not comply with the ECtHR, it would not be a surprise if national constitutional courts stepped in to ensure fundamental rights, resulting in even greater tensions and power struggles.


Furthermore, whereas the ECtHR would not be able to rule directly on an EU’s act as the EU is not a party to the ECHR, it could still send a strong message to the EU courts to reconsider the EU closed evidence procedure by ordering Member States to comply with the gist requirement. How the EU courts would respond to such a message could be a new test to the limits of judicial cooperation in Europe, but also the legitimacy of the EU closed evidence procedure, as well as ultimately the EU itself.


With the increased EU involvement with security issues, including the military, classic tensions between the rule-of-law demands for transparency and accountability on the one hand and the need for confidentiality on the other will only grow in the EU. How should the EU resolve this tension?


EU courts carry out important checks on (national) executive power. The case law on the sanctions regime illustrates that EU courts can – to some extent – constrain executive power, including in an area in which judicial review traditionally allows for great discretion of executive actors. It is hence of outmost importance that the EU courts continue to conduct a rigorous review of the exercise of executive powers in matters of security. The EU closed evidence procedure is not a step in that direction and should be reconsidered. Whatever precise way is chosen to resolve the tension between confidentiality and transparency, it must comply with the ECHR as interpreted by the ECtHR.


Moreover, the EU should not continue to treat these salient discussions on security and secrecy as a mere matter of ‘procedure’. Rather, the EU must establish an open debate and have public deliberations on how to reconcile openness and secrecy, especially when EU fundamental rights are directly affected in order to accommodate security rationales. Ultimately, the most important legitimating factor for the EU as a security and human rights actor is the trust of EU citizens in how the EU defends human rights and their security interests. Procedural talks behind closed doors are hardly the way to gain public trust.