Brexit must do no harm to health: including by securing adequate medical professional qualifications rules 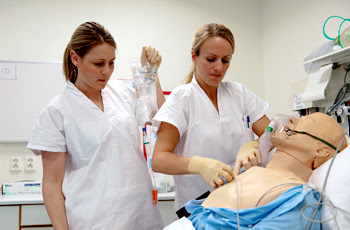 
A Leave.EU tweet on 3 August 2018 claims that “EU regulations currently prevent doctors from qualifying before five years of training. Just one of countless examples of EU “market building” that do nothing of the sort, instead causing disruption and impairing UK policymakers.” It’s citing Health Minister Steve Barclay, and a ‘Westmonster’ blog.


This is yet another example of pro-Brexit propaganda that sounds beguilingly simple and obvious but turns out to be nothing of the sort.


It is so for four main reasons:


First: It is wrong about the causal relationships between EU law and current UK practice. It forgets that the UK has been a powerful and influential member state of the EU for decades. As such, the UK has had important influences on the way EU law is in this area – as in many other areas. Current UK law on medical qualifications does indeed comply with EU law. But effects of EU law on routes to medical qualification are limited, and mainly indirect. The vast majority of the detailed contents of medical curricula are determined nationally. The length of time it takes to qualify for a particular medical profession differs in different EU member states.


It’s true that doctors qualifying in the EU need to undergo a certain agreed amount of training: the UK agreed those rules as an EU member state. If the UK wanted to make changes to the rules on medical qualifications as a member of the EU it could.  Indeed, the UK already did, particularly in the reforms that led to the new EU laws adopted in 2005.


So there’s no new opportunity here, at least not in the sense implied in the minister’s statements.


Second: This kind of statement vastly over-simplifies rules about qualifications of different types of medical professionals. EU rules about doctors are on one model, where there is a set amount of time and a broad brush agreement on the content of what they need to learn in order to qualify. This isn’t the case for other medical professionals.  For them, there is significantly more control by the home state, subject to the obligation to recognise equivalent qualifications from other EU countries (and the corresponding duty of other EU countries to recognise UK qualifications). The UK – along with every EU Member State – is permitted to check linguistic competency of medical professionals working in the UK.


Fourth: The idea that we could gain a ‘Brexit benefit’ from shortening qualification periods for medical professionals is wrong about who our doctors and other health professionals are, and about how medical practice, and bio-science more generally, works in today’s world. Bio-medical science is an international career. The UK does well, at the moment, in attracting professionals from other EU states to the UK. If we depart from alignment with EU qualifications, then we lose an important group of collaborators, and people who could work in the UK as medical professionals.


It is inconceivable that the UK could be ‘self sufficient’ in medical professionals – the numbers just do not add up – as the Nuffield Trust has convincingly shown in its detailed research.


Even if UK were to invest an unprecedented amount in educating medical professionals – and bear in mind that there is no commitment whatsoever from this, or any other, government to attempt to do so – it still wouldn’t give us access to the international collaborations that we currently participate in through the EU.


Parliament (both Commons and Lords) is concerned about any worsening of health post-Brexit and will seek to hold the government to account. The current government itself agreed in the debates on the EU (Withdrawal) Bill that Brexit should ‘do no harm’ to health. These kinds of statements about supposed ‘Brexit benefits’ need to be carefully scrutinized against that standard.


*Reblogged from A Blended Life blog