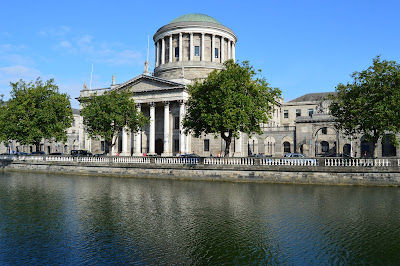 The recent ruling of the Court of Justice (CJEU) of 9 February 2017  in  the  case  of M v Minister for Justice and Equality, Ireland and Anor in is the fourth time that Court has given judgment on Ireland’s  unique  and  evolving  procedure  for  determining  claims  for Subsidiary  Protection.  Subsidiary  Protection  is  a European Union law status provided  for  by  the Qualification Directive (originally Directive 2004/83, now Directive 2011/95 – although Ireland, like the UK, only opted in to the former version) that is designed  to  complement  the  protection  for refugees provided  by  the  1951 Refugee Convention.

Subsidiary Protection protects those who do not fit the strict definition of a refugee, but who are nonetheless at risk of serious harm in their home country. Ireland has up to now dealt with these two types of (similar, but not identical) claims via entirely separate decision-making processes.

The litigant (‘M’), a Rwandan national, brought test case litigation on the Irish procedure on 6 January 2011. At the time, all subsidiary protection applications were determined by the Minister for Justice in an administrative procedure that carried no right of appeal. The ensuing protracted  litigation  included  two  references  to  the  CJEU  from two different  Irish  Courts;  the  most  recent, a reference from the Supreme Court, is considered in the ECJ’s recent judgment.

The Irish system has undergone significant changes over the years during which M’s case has been in train, rendering the Court’s findings somewhat moot; however the case speaks to a fundamental principle of EU law: the right to be heard in matters that significantly affect one’s interests.

The facts of the case

M, a law graduate, made an asylum application in Ireland in May 2008. He was interviewed and his claim was rejected at first instance in August 2008.  M’s subsequent appeal to the Refugee Appeals Tribunal was refused, in October 2008. The appeal was on the papers: the first instance decision-maker had invoked a provision in Irish law that denied him an oral appeal (on account of his having delayed before making his asylum claim). M subsequently lodged a claim for subsidiary protection.

At that time, the Irish system was structured in such a way that individuals could not simultaneously claim both asylum and subsidiary protection.  Only  once  an  asylum  claim was finally determined, could a person  claim  subsidiary  protection  (or  indeed permission to remain on other  grounds).  All claims for subsidiary protection were decided by the Minister for Justice (as distinct from asylum claims, which were decided by an independent body). No personal interviews were carried out for these types of claim, and there was no right of appeal. In M’s case his claim for subsidiary protection was rejected in writing on 30 September 2010. The delay – of almost two years – was not uncommon. The Minister’s decision relied to a large extent on the two earlier decisions that had rejected M’s claim for asylum, and in particular the negative credibility findings therein.

M challenged the Irish procedure in the High Court, who referred the following question to the CJEU for a preliminary ruling:

‘In  a  case  where  an applicant seeks subsidiary protection status following  a refusal to grant refugee status and it is proposed that such  an  application  should  be  refused,  does the requirement to cooperate  with  an applicant imposed on a Member State in Article 4(1)  of … Directive 2004/83 … require the administrative authorities of  the  Member  State in question to supply such applicant with the results  of  such an assessment before a decision is finally made so as  to  enable  him  or her to address those aspects of the proposed decision which suggest a negative result?’

The CJEU, in its judgment of 22 November 2012, M. (C-277/11, EU:C:2012:744),  answered  this  question in the negative. However, somewhat unusually, the CJEU went on to consider a further question: whether M’s ‘right to be heard’ had been respected. The CJEU found that it had not: M should have been afforded an opportunity to make his views known before a decision was reached on his claim for subsidiary protection. The fact that M had had an interview for his earlier asylum claim was insufficient.

The case returned to the Irish High Court, who held on 23 June 2013 that the Minister for Justice had wrongly failed to afford M an effective hearing when his application for subsidiary protection was being examined. The Minister brought an appeal against that decision before the Supreme Court and M also brought a cross-appeal – neither party considered the High Court had correctly interpreted the CJEU judgment.

While that appeal was pending, on 14 November 2013, the Irish authorities changed the procedure to give effect to the High Court judgment. Personal interviews for applicants for subsidiary protection were introduced, as were full appeal rights to the Tribunal. However instead of fusing the decision-making process for the two claims (as is done in all other EU States) the new procedure dealt with the applications separately: one claim after the other. Applicants for international protection, if unsuccessful, were put through a near-identical process, twice: a personal interview, a first instance decision, an appeal to the Tribunal, another personal interview, another first instance decision and a further appeal. This process, naturally, gave rise to delays.

Meanwhile M’s test case litigation continued. The Supreme Court stayed the proceedings and on 24 November 2014 referred another question to the CJEU:

‘Does  the  “right to be heard” in European Union law require that an applicant   for  subsidiary  protection,  made  pursuant  to  Council Directive   2004/83/EC,   be   accorded   an  oral  hearing  of  that application,  including the right to call or cross-examine witnesses, when  the application is made in circumstances where the Member State concerned  operates two separate procedures, one after the other, for examining  applications  for  refugee  status  and  applications  for subsidiary protection, respectively?’

On 9 February 2017, the CJEU gave judgment. The Court held that, as Ireland was not operating a single procedure to determine asylum and subsidiary protection (the model employed by other European Union States), the Procedures Directive (Directive 2005/85; Ireland opted out of the later Directive 2013/32, which replaced it) did not apply to claims for subsidiary protection in Ireland.  This reiterated a point the CJEU had settled previously, and most recently restated last year (in another Irish case):  Danqua  v  Minister  for Justice and Equality Ireland [2016] EUECJ C-429/15.  The CJEU emphasised that the right to be heard was an important general principle of EU law. When making a decision that significantly affects  a  person’s interests (as here), the State must ensure that their  right  to  input  into  that  decision  is facilitated, so as to give full effect to the right to be heard.

The CJEU went on to discuss the scope of that right, finding that a personal  interview  would  not necessarily be required for all subsidiary protection claims, given that a substantive asylum interview would already  have  been  carried  out.  The Irish authorities had essentially played it safe after the CJEU’s first judgment in this case, by bringing in personal interviews across the board, for all subsidiary protection cases. The CJEU clarified that what it had meant was that there must be some way for an applicant’s views to be heard. This could be in writing or by personal interview – depending on the individual case. Some cases may require a fresh interview, and some may not.

The CJEU made clear that the Irish authorities are free to rely on the information gathered in the course of assessment of an asylum claim (including statements made in an interview or at a hearing) when it comes to assess the claim for subsidiary protection. The  critical matter is that the state must carry out  an  individualised  assessment  of  the  relevant  facts;  whether an interview is necessary so to do – in the particular situation of Ireland’s bifurcated  system  for  assessing  international protection  claims – is  fact-specific.

The outcome of the CJEU decision has been overtaken by recent events. On 31  December  2016 a new procedure for international protection claims was brought  into  force  via  the  commencement  of  relevant sections of the International  Protection  Act  2015.  The Act provides for a new, fused ‘single procedure’ whereby asylum and subsidiary protection claims will be assessed at the same time and determined in one decision. That decision, if negative, can be appealed to the Tribunal on both asylum and subsidiary protection grounds (in the same hearing, for the first time). The introduction of a single procedure brings Ireland into line with the rest of the European Union. The new system, once fully up and running, is likely to result in a reduction of delays in what had developed over the years into an overly prolonged system for assessing international protection claims.