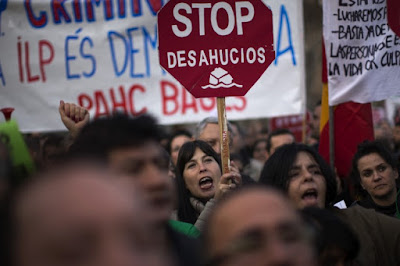 In the past years, the Court of Justice of the European Union has delivered a number of judgments striking down substantive and procedural provisions of Spanish mortgage law, or judicial interpretations thereof, on the grounds that they were contrary to EU law in the field of consumer protection. In particular, the Court of Justice has based its decisions on Council Directive 93/13/EEC of 5 April 1993 on unfair terms in consumer contracts, declaring in most of the cases that Spanish mortgage law unduly restricted the right of consumers to have unfair clauses in their mortgage loan agreements reviewed and nullified by domestic courts.

This post focuses on the last two rulings delivered by the Court of Justice in this regard: its judgment in Gutiérrez Naranjo (Joined Cases C-154/15, C-307/15 and C-308/15, EU:C:2016:980) and in Banco Primus (C-421/14, EU:C:2017:60), respectively delivered in December 2016 and January 2017. The first case concerns so-called ‘floor clauses’, which establish a minimum threshold for the variable rate of interest determined in mortgage loan agreements. The second case concerns ‘accelerated repayment’ clauses, which allow for the creditor to claim repayment in full of the outstanding debt in case of arrears during a relatively short period of time, often as little as three months. Both judgments raise a number of significant issues with notable implications for EU consumer law and, ultimately, for the fundamental right to housing of individuals and families.

The judgment in Gutiérrez Naranjo: setting temporal limitations on the retroactive effect of unfair floor clauses

This first case concerns, in essence, the temporal limitation that the case law of the Spanish Supreme Court placed on the retroactive effect of unfair floor clauses included in mortgage loan agreements. In its (in)famous ruling of 9 May 2013, the Supreme Court declared that those floor clauses lacking transparency due to insufficient information for mortgagors were to be considered unfair and, therefore, void. In practical terms, since the variable rate of interest determined in these agreements was usually tied to the Euribor—which plummeted owing to the financial crisis—, many consumers saw the interest in their mortgage loans plateau at the minimum threshold instead of falling to the much lower market rate that would apply had floor clauses not been included in the loan. Because the relevance of these clauses within the agreement was in most instances not offset by adequate information and transparency for consumers, allowing them to assess the extent of risk sharing, the Supreme Court affirmed that non-transparent floor clauses—in practice, the vast majority of them—should be deemed unfair and, consequently, void.

In the same ruling, however, the Supreme Court tempered this declaration by determining that the retroactive effect of the nullity of non-transparent floor clauses was to be limited in time. In particular, and referring to the principle of legal certainty, it considered that such nullity should not extend to situations obtaining prior to the date of delivery of its judgment (9 May 2013). In the Supreme Court’s view, full retroactivity would otherwise lead to ‘a severe disruption with consequences for the economic public order’. This interpretation effectively closed the avenue for consumers to claim the recovery of amounts overpaid on the basis of non-transparent floor clauses if those payments had been made prior to 9 May 2013.

The various questions referred to the Court of Justice for a preliminary ruling in Gutiérrez Naranjo thus seek to determine whether EU law in the field of consumer protection—specifically, Directive 93/13/EEC—precludes this temporal limitation. The Court, building on its previous judgments, ruled that a finding of unfairness regarding a contractual clause ‘must allow the restoration of the legal and factual situation that the consumer would have been in if that unfair term had not existed, by inter alia, creating a right to restitution of advantages wrongly obtained, to the consumer’s detriment, by the seller or supplier on the basis of that unfair term’ (§ 66). It considered that a temporal limitation of the legal effects stemming from a declaration of nullity is ‘tantamount to depriving, in general, any consumer having concluded, before [9 May 2013], a mortgage loan contract containing such a clause of the right to obtain repayment in full of the amounts overpaid by the consumer to the bank’ (§ 72).

This conclusion does not come unexpected considering the Court of Justice’s settled case law on Directive 93/13/EEC. Yet the judgment in Gutiérrez Naranjo goes a step further: the Court of Justice found that ‘it is for the Court alone, in the light of the fundamental requirement of a general and uniform application of EU law, to decide upon the temporal limitations to be placed on the interpretation it lays down in respect of [a rule of EU law]’ (§ 70). In other words, the Court of Justice clarified that domestic courts cannot restrict in time the effects of a rule of EU law of their own accord. The general and categorical terms in which this statement is framed suggest wide-ranging implications extending far beyond the realm of consumer protection.

The judgment was widely reported by Spanish media and was welcomed as a significant triumph of civil society organisations defending the right to housing in Spain, which had made floor clauses one of their more visible claims. The Spanish government rushed to create a new extrajudicial mechanism to settle consumers’ claims for recovery of amounts overpaid on the basis of non-transparent floor clauses, which has been widely criticised in that it creates uncertainty for consumers and does not impose sanctions for non-compliant mortgage lenders. Very recently, on 15 February 2017, the Spanish Supreme Court delivered its first judgment amending its previous case law to this effect and confirming the full retroactivity of unfair floor clauses in a mortgage loan agreement.

This second case concerns, in essence, the limitations placed by Spanish mortgage law and in the case law of the Spanish Supreme Court on the possibility for courts to declare the nullity of unfair accelerated repayment clauses in mortgage loan agreements. Accelerated repayment clauses, as explained above, allow for the creditor to claim repayment in full of the outstanding debt (principal and interest) in cases of non-payment of a very reduced number of instalments by the debtor. In practical terms, this entails that if a mortgagor falls into arrears for, usually, three months—out of their thirty-, forty-, or fifty-year loan term—, the lending institution may call in the full amount of the loan. Following the impossibility for the debtor to make such a large payment, the lender will normally bring mortgage enforcement proceedings, sometimes under the special distraint procedure foreseen in Spanish mortgage law, which will end in turn in foreclosure and eviction.

Accelerated repayment clauses have been routinely included by mortgage lenders in loan agreements for years, and their execution, especially in the aftermath of the financial and housing crisis in Spain, can be identified as the one of the main causes of thousands of foreclosures across the country. Not only were these clauses frequent in mortgage lending, but they were explicitly authorised by the Spanish Civil Procedure Act, which mandates a minimum of three months in arrears before full repayment of the debt can be claimed. Before a statutory modification in 2013, lenders could even claim full repayment after one month of arrears. Following the case law of the Spanish Supreme Court, however, accelerated repayment clauses deemed unfair by lower courts because of the significant imbalance in the parties’ rights and obligations to the detriment of the consumer could not be declared void if they had not been effectively applied in the particular case. Since lending institutions could rely on the Civil Procedure Act to claim accelerated repayment instead of executing the—almost always unfair—accelerated repayment contractual clause, courts were in fact prevented from declaring the nullity of the latter and from suspending mortgage enforcement proceedings on these grounds.

In Banco Primus, the referring court posed, amongst others, the question whether domestic law and the judicial interpretation thereof could prevent courts from declaring the nullity of unfair accelerated repayment clauses in the event that they had not been effectively applied in the particular case. The Court of Justice first recalled its previous case law regarding unfair terms, and set out in detail the parameters which domestic courts shall take into account in order to declare the unfairness of an accelerated repayment clause on the basis of Directive 93/13/EEC. These include, inter alia, the nature of the goods or services covered by the contract and the means provided for in national law to enable the consumer to remedy the effects of the loan being called in (§ 67). It then struck down the interpretation of the Spanish Supreme Court, noting that ‘the prerogatives of the national court ruling on whether a term is unfair, […], cannot be contingent on whether that term was actually applied or not’ (§ 73). When the national court determines the unfairness of a contractual term, ‘the fact that that term has not been executed cannot, in itself, prevent the national court drawing the appropriate conclusions from the ‘unfair’ nature of that term’ (§ 73).

The practical consequences of this judgment in the Spanish context are blunt: thousands of foreclosures and evictions carried out on the basis on unfair accelerated repayment clauses whose nullity domestic courts were prevented from declaring should have been, in fact, void. Not only does this question the level of consumer protection afforded to mortgagors by the Spanish authorities; but it also reveals, in the author’s view, how Spanish mortgage law has successively been modified to favour the interests of lending institutions to the detriment of mortgagors in vulnerable situations.

A right to housing perspective

The two cases examined in this entry are certainly illuminating, yet they are not the first ones revealing the shortcomings of Spanish mortgage law in terms of consumer protection and in terms of the right to housing. At the European Union level, other judgments of the Court of Justice addressing this issue will sound familiar to some readers (Aziz, Sánchez Morcillo and Abril García, Finanmadrid EFC). At the international level, the UN Committee on Economic, Social and Cultural Rights recently delivered its first decision under the Optional Protocol to the ICESCR examining the judicial protection afforded to the right to housing of individuals and families in the framework of mortgage enforcement proceedings (I.D.G. v. Spain).

It should be borne in mind that the right to adequate housing is enshrined, amongst others, in Article 7 of the Charter of Fundamental Rights of the European Union, which contains the right to respect for private and family life. Framing mortgage law issues exclusively in terms of consumer protection does not always capture the severity of the situations that foreclosures and evictions may create: it is not merely about financial institutions imposing unfair terms onto consumers with the indulgence of public authorities, but also about individuals and families being denied adequate judicial protection of their right to housing. Incorporating this dimension into case law could serve to better contextualise the imbalance between mortgagors and mortgagees by taking into account human rights considerations, and strengthen the protection for mortgagors in terms of their legal security of tenure.