The Closing of the British Mind? Brexit, EU academics, and government advice 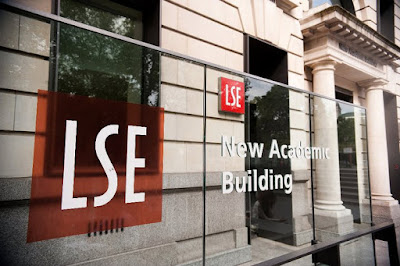 Rightly or wrongly, the Brexit vote is widely perceived as being (among other things) an attack upon academic expertise. This can be neatly demonstrated by this anecdote of one exchange I had on Twitter:

That’s the gist of the conversation: I don’t recall the exact words, except that word in particular. I had many such conversations, but that one distils the essence of them all. (As always, I acknowledge an honourable exception for ‘liberal Leavers’, who mostly do understand the EU and had a detailed plan for Brexit. And now they are being ignored in turn).

Equally – again rightly or wrongly – the Brexit vote is being widely perceived as being as an attack upon EU citizens in the UK. These two issues merge together in a dispute which has attracted attention over the last two days. It concerns the alleged policy adopted by the Foreign and Commonwealth Office (FCO), as applied to the London School of Economics (LSE),* ‘banning’ citizens of other EU countries from giving the government policy advice about Brexit. We can’t be sure what actually happened, but what probably happened?

We do know that in the course of a conversation between LSE staff members and FCO staff, the LSE staff got the impression that the FCO no longer wanted to hear Brexit advice from citizens of other Member States. LSE staff sent an e-mail to staff to that effect. One staff member objected on social media. This caused a storm on Twitter (which I played a part in), and the story was picked up by newspapers: The Guardian, among others. This came at the end of a week of government policy announcements perceived as xenophobic. The FCO denies it said such a thing. The LSE insists that it did.

I see two key questions: a) Who’s right? And b) Should the LSE have done what it did? (Whatever that actually was).

By one reading, it might be a mistake, or might possibly be a simple misunderstanding. I agree that it could just be a misunderstanding. But I think it’s more likely that it was an FCO policy, and the LSE, or at least parts of it, found a way to object and scupper the policy.

Why do I think that? Mainly because, as an academic for over twenty years, I have daily experience with university administration. (By ‘administration’, I’m referring both to full-time administrators, and also the administrative roles of those academics who have administrative tasks alongside their teaching and research, as most of us do). University administrators spend much of their time grappling with details of government policy – on research funding, student funding, admissions and immigration, for instance. It’s very important that they understand and apply relevant government policy correctly, since the large majority of university funding depends on it. They make enormous efforts to that end. (Of course, many academics study government policy in their field of expertise too, but that’s a different issue).

In light of that, I find it hard to believe that the LSE misunderstood what it was being told by the FCO. Anyone involved in university administration who was told that certain staff could no longer work on a government project would keep asking questions about what they were being told.

Having said that, I also find it hard to believe that the FCO would advise the LSE of a policy that would be challenged as being illegal, xenophobic and self-harming. Years ago, I sat the entrance exam to work in the UK civil service. I listed the FCO as one of the departments I wanted to work in. I passed the entrance exam and got to the interview stage. But at the interview, I was told that I was being considered for other departments, but not the FCO, since the FCO had a special, higher cut-off point for candidates who sat the exam. As they told me (and here I do recall all of these words exactly): “You’re the cream, but not the cream of the cream”. Perhaps that would make a good epitaph.

Indeed, I have met with FCO staff over the years, and have always been impressed by their aplomb, expertise, and professionalism. So I do find it remarkable that they would develop such a crass new policy, and not either set out formally or make that policy perfectly clear to the LSE.

So maybe something has changed in the FCO in the last few months? To ask that question is to answer it: a boorish new Foreign Secretary, whose appointment was met with ridicule worldwide. Or perhaps, less obviously, the new Prime Minister’s chief of staff, Nick Timothy, who has suggested a policy (now echoed in the Home Secretary’s speech to the Conservative party conference) that would eviscerate the majority of British universities, by banning them from enrolling foreign students, all in maniacal pursuit of a disastrous net migration target. To be fair, though, as a Russell Group university, the LSE would be one of the few left standing if that policy is carried out. It is quite striking that an FCO official involved with the alleged LSE policy retweeted my strong criticism of it.

Should the LSE have done what it did?

If I’m right in thinking that there was a government policy, what could the LSE have done? First of all, it could simply have gone along with the government’s policy. Perhaps there are other universities which have gone along with it; obviously, we wouldn't know if there were. Secondly, it could have queried the policy tactfully, by asking the government to put it in writing, or quietly raising questions about its appropriateness. Thirdly, it could have publicly challenged it, by demanding a clarification. Fourthly, it could adopt a passive-aggressive policy, nominally not challenging it but informing its staff, with the large likelihood that the result would be public questioning and a backlash against the idea. This is, in effect, what has happened. Or possibly it couldn’t agree a policy, or a staff member decided to dissent against the policy, with the consequence that the previous option has only been triggered by default.

So which option should it have taken? An open challenge (option 3) would bring back the old days, when the LSE gained a reputation as a hotbed of radical protest. But those days are long gone; the LSE is now run with a managerial focus on surviving in a highly competitive environment. Certain other British universities have travelled the same route even faster. Option 1 would mean acceding to a policy which was legally and ethically highly dubious.

So the choice is between options 2 and 4. Option 2 would be the most diplomatic, and would be the usual means of querying a questionable government policy. Option 4 has the advantage of embarrassing the government into changing its policy, without the university having to make challenge directly.

In my view, the latter (or option 3) is clearly the right choice, for broader reasons. In a week where the government has talked about expelling foreign doctors, ‘naming and shaming’ companies with foreign employees, and banning most universities from admitting foreign students, it’s important to take a public stand. If the British mind is closing, academics must, first and foremost, make the case for keeping it open.


*In the interests of transparency: I have a degree from the LSE, and have taught there part-time in the past, but have no current links – besides a commitment to speak at the launch of Professor Conor Gearty’s excellent new human rights book, On Fantasy Island, on December 8.
Posted by Steve Peers at 09:24