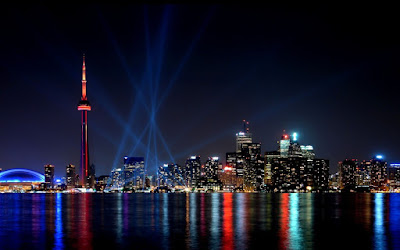 One of the big issues on the EU’s agenda at present is whether to sign and provisionally apply the Canada/EU free trade agreement, known as ‘CETA’. The division of power between the EU and its Member States determines whether Member States can veto some or all of this deal, potentially complicating this process – frustrating supporters of the deal, but emboldening its critics.

Moreover, the dispute over CETA has broader implications, most notably for the controversial EU/US trade deal under negotiation (‘TTIP’) and any trade deal between the EU and UK after Brexit. While the EU’s Court of Justice will soon rule on the division of powers between the EU and its Member States as regards the EU/Singapore free trade agreement (for the background to that case, see here; for the CJEU hearing, see here), the immediate question is signing and provisionally applying CETA.

For the moment, the parliament in the Belgian region of Wallonia has held up the EU/Canada deal, but my focus here is the legal angle. While we await the CJEU’s ruling on the similar EU/Singapore deal, national courts have got involved in this issue. Last week, the German Constitutional Court refused to issue an interim order prohibiting the German Government from signing the CETA Agreement (BVerfGE of 13 October 2016; English summary here). The judgment sets a precedent for the legal issues that might arise with TTIP and Brexit, and so is worth further examination.

The decision was not about the issue of whether CETA (as initialled by Canada and the EU) was compatible with the German Constitution, but about whether the German Constitutional Court (“the Court”) should issue an interim order or injunction (einstweilige Anordnung) prohibiting the German Government (“the Government”) from even signing the Agreement. The Court emphasised that it was the Court’s standing practice to only issue such an injunction in relation to a proposed treaty if it was obvious that the treaty would irreversibly violate the Constitution (or constitutionally-protected rights of individuals) and if it was imperative that this be stopped immediately. On the other hand, possible but as-yet-not-materialised or reversible risks to such rights should be balanced against the importance of the matters to be covered by the treaty; and the Government in principle had a very wide margin of discretion in such matters. (Paras. 34 – 36)

The Court refused to issue the injunction for the following reasons in particular (my selection):

- The signing of CETA by Canada, the EU and the Member States would only result in the provisional application of the Agreement; it would only come into full force upon ratification by the parties – and crucially, the German Government (like any other Member State Government) could, until and unless the Agreement was ratified by all parties, terminate the application of the Agreement at any time, by means of a simple declaration to that effect to the other parties. The signing of CETA by the Government therefore did not irreparably risk any violation of constitutional rights. (Para. 38; cf. the last bullet-point under the last indent, below)

- The Court clearly has serious doubts as to whether the EU has competence in relation to investor protection in various areas, in particular also as concerns workers’ health and safety regulations. (Para. 54 – 57)

- The Court clearly also has serious doubts as to whether the EU can lawfully transfer “sovereign rights [Hoheitsrechte] in relation to judicial and quasi-judicial dispute resolution systems [Gerichts- und … Ausschusssystem]” to other systems (i.e., to the proposed investor-state dispute settlement (ISDS) “court” mechanism). (Para. 58) It was “not completely inconceivable” that the proposed (revised) ISDS mechanism could be held to violate the principle of democratic legitimacy (das Demokratieprinzip). (idem; see also para. 65)

- However, according to the Court, the above risks can be prevented in practice by various means (which, the Court implies, the German Government therefore must employ), i.e.:

· According to the Court, some of the risks can be prevented by means of the declarations already issued by the European Council, which (the Court tentatively accepts) ensure that with the signing of the Agreement only parts of that agreement will enter into (even provisional) force. The Court held that in many respects “reservations” (Vorbehalte) are already in place as concerns the application of certain parts of the Agreement. (Para. 69: see there for a list of these areas).

· The Court “assumes” (read: effectively demands) that the German Government will ensure, by these same means, that certain parts of CETA “in particular” “will not be included in the provisional application [of CETA, upon signature by the parties]”. In these not-to-be-applied matters, the Court expressly includes “the rules on investment protection, including the [investment dispute resolution] court system.” (Para. 70)

· The Court suggests that, at least while CETA would be only provisionally in force, Germany can demand that any decisions by the investment dispute resolution “court” will have to have the unanimous agreement of the EU Council – i.e., that Germany is given a right of veto over any such decisions. (Para. 71)

· If those measures were to not suffice, Germany can “as a last resort” use its right to terminate the Agreement (see the first indent, above). However, the Court feels that the interpretation of the Agreement to the effect that a State Party has this right (to terminate it in respect of that state while it is still only provisionally in force) “is not binding”, even though the Government has made a convincing case for it.

The Court therefore demands of the Government that it (the Government) “must clarify this interpretation of the Agreement in an international-legally appropriate way” and “inform its Treaty Partners of this [interpretation].” (Para. 73)

It would seem to me that the signing of CETA subject to the conditions imposed by the German Constitutional Court, would address many of the issues raised by activists:

- The contentious investment dispute resolution “court” would not become operational;

- If it ever were to become operational, Germany (and if other Member States were to adopt the same approach, those other Member States too) would have a veto over any decisions of that (quasi-) “court” that would impinge on rights and interests protected by its (their) constitution(s); and

– If in spite of these safeguards, those constitutionally-protected rights and interests were to still be unduly affected by the dispute resolution system (or any other aspect of the Agreement), Germany (and any such other Member State) could still exit the Agreement (even if that meant it would altogether have to end functioning).

Perhaps current opponents of CETA could live with it operating forever on such a “provisional” and conditional basis?