Brexit and the new Heathrow runway: the issues are linked 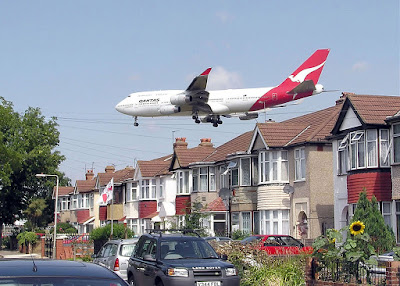 Yesterday, the Member of Parliament for Richmond Park, Zac Goldsmith, resigned his seat, forcing a by-election over the issue of the new runway at Heathrow Airport. It’s reported that he wants the by-election (in which he will run as an independent) to be regarded as a ‘referendum’ on the Heathrow runway, while his opposition (in particular the Liberal Democrats, who were in second place last time) will raise other issues, including Brexit. In a very real sense, however, Brexit and the new Heathrow runway are not separate issues – they are inextricably linked.

Let’s look at why. Many commentators have suggested that there are enough votes in Parliament to approve the Heathrow runway. Therefore the main obstacle to the runway is a possible legal challenge. And a main argument cited in that potential challenge is EU law, namely the EU Directive on air pollution.

What happens to that Directive in the event of Brexit? Currently the government’s plans are to table a ‘Great Repeal Bill’ next year. As I discussed recently on this blog, the effect of that Bill will be to convert EU law into UK law as of Brexit Day. The proposed Bill will give government ministers powers (in the form of ‘delegated legislation’ known as ‘Statutory Instruments’) to repeal or amend most or all EU laws without an Act of Parliament, meaning that Parliament will have no power to amend such ministerial decisions and only a limited opportunity to debate or block them. One such ministerial decision could simply exempt the Heathrow runway decision from ex-EU air pollution law. (Of course, there are many other EU laws on the environment, or other issues like employment or equality law, which could face the same treatment).

Another issue arising from the ‘Great Repeal Bill’ is how to deal with rulings of the EU Court of Justice interpreting EU law, at least where those rulings were issued prior to Brexit Day. Arguably, in the interests of ensuring legal continuity which underpin the planned Bill, such judgments should remain binding or at least highly persuasive, until ministers or Parliament decide to amend ex-EU laws with the unmistakable intention of changing that interpretation. The point is relevant to a broad swathe of ex-EU law, from trademarks to equality law, and in fact it is particularly relevant to air pollution: in 2014, the EU Court ruled (as discussed here) that the UK was indeed violating EU air pollution law as regards London.

It would be possible for Parliament to complicate this process somewhat, by ensuring that when the Great Repeal Bill becomes an Act, ministers will not have the power to approve the Heathrow runway (or indeed to change other ex-EU laws on the environment or other key issues) without an Act of Parliament. But if it is correct to say that there is a Parliamentary majority to approve a new Heathrow runway, a requirement for an Act of Parliament to change ex-EU law (and EU court rulings) on this issue would only slow things down a bit.

What could stop the new runway altogether, besides overturning Brexit itself? One option for Brexit is the ‘Norway option’, where the UK would sign up to the ‘European Economic Area’ (EEA) treaty to retain full participation in the single market. That treaty also entails continued participation in most EU law on employment, sex equality and the environment, including the main air pollution law that could be relevant to the new Heathrow runway (see point 14c in this Annex to that treaty).

Signing up to the EEA is not the same thing as staying part of the EU in all respects, as that treaty does not apply to EU policies in key areas like fisheries, agriculture, tax or trade with non-EU countries. So it could not be said to ignore the Brexit vote, and it could be interim only (see further discussion of the ‘interim EEA option’ here). Or there could be an alternative ‘soft Brexit’ approach to the UK staying in the single market, still including participation in EU environmental law.

One thing is clear: Goldsmith’s position of decrying the new Heathrow runway, while supporting the very Brexit that will likely make it impossible to oppose effectively in the courts, is intellectually untenable.