The ‘Tampon Tax’: a UK and EU Standstill 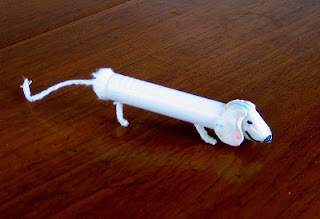 1.    The Introduction of VAT and Regulation at EU Level

VAT was first introduced in the UK as a fundamental condition of joining the Common Market due to the previous existence of multi-stage cascade taxes making it impossible to determine the real amount of tax actually included in the final price of a particular product. Member States may have subsidised their exports by overestimating the taxes refundable on exportation. A common system of VAT increased transparency.

The UK government of 1975 entered into a once and for all negotiation process to determine essential items to be zero-rated, such as food meaning VAT is charged, but at a rate of 0%. A zero-rated item can be altered to the reduced or standard rate, but once applied cannot return to the 0% rate. This differentiates a zero-rated item from a VAT exempt item in which no VAT is charged at all. In addition if an item was not included in the original negotiation it cannot be made zero-rated. Schedule 8 of the Value Added Tax Act (1994) contains a list of zero-rated goods and services, with Schedule 9 containing VAT exempt goods and services. Sanitary products do not appear in either of these schedules.

2.    Why Remove VAT on Sanitary Products?

Although the end result would be a reduction in cost for the consumer, the rate of VAT being charged on sanitary products is symbolic of a form of gender discrimination based on a biological process with campaigners highlighting exotic meats (such as Kangaroo steaks) and alcoholic dessert jellies are zero-rated and in terms of VAT classification that these items are deemed to be more essential than sanitary products.

Sanitary products as a consequence are classed in the UK as non-essential luxury items. It is this classification that is the flashpoint for the Stop Period Tax campaign group. When announcing UKIP's intention to remove the tax Suzanne Evans explained the scenario in which the activity of swimming is VAT exempt, whereas a tampon which many would regard as a necessity in order to swim is charged at 5%. Consequently VAT on sanitary products is seen to be an illogical tax on gender as a fallout from a primarily male government from 40 years ago. To reinforce the gender equality aspect of this issue in the House of Commons debate in October on the amendment Stella Creasy MP reinforced the gender inequality aspect of the tax by stating that male shaving razors are zero-rated, however HMRC lists them as ‘standard’ rated, meaning VAT is charged at 20% on these items.

The Chancellor has not yet included a commitment to examine the issue in either the pre-Election or Summer 2015 Budgets. UKIP may have garnered headlines when revealing the policy in their election manifesto, however it was not the sole political party including pledges to remove VAT from sanitary products in its General Election Manifesto. Plaid Cymru also included an intention to repeal the tax but the two parties took very different approaches; UKIP stated “Outside the EU, we will…be able to…zero-rate certain goods and services that have previously had VAT charged on them. This means we can – and will - remove VAT completely from repairs to listed buildings and sanitary products.” However Plaid Cymru’s Manifesto favoured a collaborative approach with the European Union, pledging to “remove VAT from women’s sanitary protection products, making the argument for this in Westminster and in Europe.”

Furthermore each of the UK political party leaders was asked a common question on the Radio 4 programme Woman’s Hour about the issue. Ed Miliband stated “I’d like to go further. I can’t promise I will go further because there are these rules in place, but I will keep trying, because it seems to me a ridiculous that you have VAT at all on this.” Nicola Sturgeon replied “it should go…I am in support of that…it’s a simple case of right and wrong.”

Previously David Cameron was asked a direct question by a female student from the University of East Anglia which in November 2014 elected to sell sanitary products at cost price (however VAT was still technically charged). Cameron indicated support but acknowledged the difficulties:
"I have had a look at it in the past. It's quite difficult. Some VAT things you can change. Other VAT things, if they're linked to other products, it's quite difficult to do it within the framework of European laws and I can't remember the answer.”

4.    Conclusions and Options for Future Action

The crux of the argument surrounding the application of VAT to sanitary products is centred on the symbolism of VAT as a punishment on gender as opposed to the cost and financial aspects of paying the tax. It therefore means that campaigners are searching for a long-term solution. However campaigners want to use the EU effectively and go beyond aiding only women in the UK by negotiating with the European Commission to create an EU wide initiative, for example in Hungary the VAT rate is 27%. Laura Coryton of Stop Period Tax was critical of UKIP’s approach in withdrawing from the Union to gain VAT autonomy:

"The political party have announced their support for the campaign's ends but not its means. Our campaign has been engineered as a European-wide initiative. UKIP have supported a UK-specific methodology." [emphasis added]

The current government is in an extremely difficult position in terms of ability to removing the rate of VAT without EU consent based on the negotiations of a government which took place 40 years ago. Following the House of Commons vote the Financial Chief Secretary to the Treasury, David Gauke stated "I will raise this issue with the European Commission and other member states setting out our views that it should be possible for member states to apply a zero-rate to sanitary products." On the one hand government negotiation at EU level needs to be encouraged, however there would need to be unanimity across Member States to amend the Directive. However the language used in pushing for “zero-rating” may be flawed.

In order to achieve the campaigners’ vision of a positive European-wide result campaigners and politicians should instead attempt to mandate the European Commission to propose an amendment to the VAT Directive to make sanitary products to be classified as VAT exempt for the whole of the EU, not zero rated for the UK only. This would benefit all EU citizens whilst avoiding the controversial issue of granting the UK extension to the zero-rated discussions which cannot be applied to other states such as France which does not have a zero-rating classification system.
However an amendment of the Directive would require unanimity since this would be a fiscal matter (114(2) TFEU). Therefore in order to achieve uniform consensus as the recent example of French MPs voting not to apply the reduced rate illustrates this power should remain discretionary on the part of the Member States in the same way that currently it is a discretionary power to charge a reduced rate. VAT exemption goes further than zero-rating because of the symbolic significance of charging VAT at all (even if at 0%) is removed in addition to any financial rationale for removing the tax. For example France, which does not have zero-rated products, the reduced rate is 5.5% for products deemed to be every day requirements, however the full standard rate of 20% is applied to sanitary products.

Further support for reclassification as VAT exempt is provided for in Article 132 of the VAT Directive which permits VAT exemptions that are in the ‘public interest’, including for example ‘medical care’. In addition the Articles 2 and 3(3) of the TEU Union make reference to ensuring equality between men and women. Making sanitary products VAT exempt would be a symbolic step by the Union to uphold these values.

In the absence of a direct request from Member States the European Citizens’ Initiative (ECI) may mandate the Commission to act. Introduced following the Lisbon Treaty (Article 11(4) TEU) in areas of Union competence. The petition must have at least one million signatures across seven EU Member States comprising of a minimum number of signatures in each Member State determined by population size as outlined in Annex I of Regulation 211/2011/EU. The minimum number of signatures required for the UK is 54,000 – at present the Stop Period Tax petition has well in excess of this number. The existence of sister campaigns with a significant number of petition signatures indicates that this process may be successful. However the process is not a cast iron guarantee for an amendment to the Directive of the classification of sanitary products that many would hope for. Therefore it is possible to conclude that a long-term solution is tangible without pulling out of the EU for the benefit of all EU citizens.

In the short term campaign groups may be inclined to exert pressure on retailers to follow the examples of the University of East Anglia and sell sanitary products profit free. For major retailers committing to this approach may benefit in the long run, attracting new customers who may purchase other products for profit, however this would be voluntary and fails to address the underlying issue of the symbolic existence of VAT. In addition any money raised under the current 5% system could be allocated by the Chancellor for specified good causes in a similar manner to redistribution of LIBOR fines in order to signify that at least from a revenue raising perspective the government has no qualms about foregoing income. This would mean that one gender would fund good causes disproportionately, however it may make the best of a bad situation in the short term.