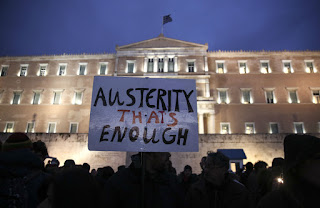 Professor Daniel Sarmiento, Professor of EU Law at the University Complutense of Madrid*
EU competence is a touchy area of EU law. It has become very complex, together with the also intricate case-law on legal bases, which, after several decades of case-law, is not always easy to follow. After the entry into force of the Lisbon Treaty, EU competence has become a major domain for EU constitutional lawyers and it deserves very careful attention. The fact that the Treaties now include a typology of EU competences and enumerate them is a sign that many future battles in EU law will be fought in this terrain.
Furthermore, cases like Pringle, Gauweiler (discussed here) or Vodafone prove that issues of competence and legal bases are not the exclusive domain of institutional litigation, but areas that can be brought to the courts by private parties too. The Court of Justice has always been sensitive to these cases and it has dealt with them with utmost care, mostly in Grand Chamber formation.
Last week a rather surprising route for EU competence litigation came under the radar. In the case of Anagnostakis (no English version available, I’m afraid), the General Court ruled on an action of annulment brought by a private party against the decision of the Commission to reject, on the grounds of lack of competence, a European citizens’ initiative (ECI). Mr. Anagnostakis, together with more than a million supporters, brought a proposal pursuant to Article 11.4 TEU (which provides for the existence of ECIs) and Regulation 211/2011 (which sets out the detail of the ECI process), demanding that the Commission introduce in EU legislation “the principle of state of necessity, according to which, when the financial and political subsistence of a State is at stake due to its duty to comply with an odious debt, the refusal of payment is necessary and justified”. According to the promoters, the legal base of the initiative was to be found in Articles 119 TFEU and 144 TFEU.
The Commission did not seem very impressed and, pursuant to Articles 4(2)(b) and (3) of Regulation 211/2011, it refused to register the proposal, based on a lack of competence.
Mr. Anagnostakis introduced an action of annulment before the General Court, attacking the Commission’s Decision for breach of Articles 122(1) and (2) TFEU, 136(1) TFEU and rules of international law.
The General Court dismissed the action, but it did not limit itself to scrutinizing the Commission’s duty to state reasons. Instead, the Court went into some detail in order to ascertain if haircuts in government debt are not only a competence of the EU, but also in conformity with EU Law. In a rather surprising format and procedural context, the General Court dealt quite openly with one of the Union’s hottest potatoes at the time: the unsustainable Greek public debt.
It is true that the judgment is quite laconic in its reasoning, but it relies several times on Pringle and Gauweiler when interpreting Articles 122 and 136 TFEU. But no matter how laconic it may be, the judgment makes an assertion that will probably not go unnoticed when the Greek public debt becomes politically toxic again. In paragraph 58 of the judgment, the General Court states that “the adoption of a legislative act authorizing a Member State to not reimburse its debt, far from being a part of the concept of economic policy guidelines in the sense of Article 136.1.(b) TFEU […] it would have the effect of substituting the free will of the contracting parties by a legislative instrument allowing for a unilateral abandonment of public debt, which is clearly not what the provision allows” (free translation).
The assertion might be formally correct in light of the limited scope of Article 136(1)(b) TFEU, but the language of the judgment is politically explosive. Even in legal terms, one wonders if Pringle was openly precluding any kind of haircut of government debt by any means. After reading the General Court’s decision in Anagnostakis, it seems that haircuts will be mission impossible in the future, despite the circumstances, the consensus among Member States (the IMF has been explicitly positive about a future Greek haircut) and, above all, the terms and scope of the haircut.
But of course, this judgment could be just a superficial decision undertaking a superficial degree of scrutiny due to the peculiar procedural context of the case. It could be argued that highly contested issues such as the EU’s competence in the area of EMU is something should be left to the Court of Justice, but not to the General Court in the circumstances of a case like Anagnostakis. The General Court might be aware of this and thus the brief and straight-forward reasoning of the decision. However, after reading the judgment several times, the more I read it the more explosive it sounds to me.


*Reblogged from the Despite our Differences blog