Is a temporary Grexit legally possible? EMU as the Hotel California 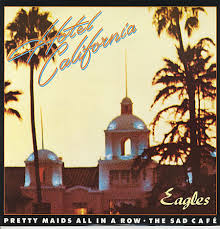 According to press reports, while today’s Eurogroup meeting, called to consider a possible new bail-out plan for Greece, was taking place, the German government was leaking a plan for a ‘temporary Grexit’. Before considering the political or economic merits of this idea, there’s an obvious question: is this legally possible? In a word: No.

It’s not legally possible simply because a permanent Grexit isn’t legally possible, and so a temporary one isn’t either. I’ll briefly recap the reasons why, based on my recent blog post. There’s no reference in the Treaties to any power of a Member State to leave EMU once it joins, or of the EU institutions to remove that Member State from EMU, whether it agrees to that or not. A Member State can leave EMU by leaving the EU, but there’s no Treaty power to throw a Member State out of the EU, or to suggest that any Member State might ever be under the obligation to leave.

This week, Andrew Duff suggested that it might be possible to use the existing Treaties to arrange a Grexit. In his view, the power set out in Article 140(2) TFEU to decide on a Member State’s admission to the EU is reversible. However, this view is not legally tenable. Article 140(2) is only a power to join the euro, not to leave it. This interpretation is reinforced by Article 140(3) TFEU, which refers to the ‘irrevocable’ fixing of exchange rates. Overturning a decision made to join the euro by qualified majority vote (on the basis of Article 140(2)) would not be enough; it would also be necessary to overturn the exchange rate decision made by unanimity on the basis of Article 140(3). So Greece would have to consent – even if any of this were legally possible.

Some might suggest that the CJEU would simply ignore the plain words of the Treaty and accede to political reality, as it did in the cases of Pringle (on the ESM bail-out treaty), and Gauweiler (on ECB bond-buying). But those cases concerned measures which were intended to save monetary union, and which had broad support from Member States. A forced Grexit (temporary or not) would meet neither criterion. And much as many Germans hate to admit it, there is a textual basis to the rulings in Pringle and Gauweiler: the Treaty did not expressly ban loans to Member States, and it implicitly permits the ECB to buy government bonds on the secondary markets. The argument for a forced Grexit does not even have a fig leaf to hide its obvious illegality.

Nor can the Greeks be forced out by the actions of the ECB. The Treaty ban on forced exit from EMU must logically rule out measures which have the same result in practice. And even the measures which the ECB has taken to date (never mind others which it might take in future) are highly questionable, and are already being legally challenged, as I blogged earlier today. We can’t assume that the CJEU will always back the legality of the ECB’s actions: the UK won a case against it earlier this year, and the Commission beat it in court years ago as regards the application of EU anti-fraud law.

So can anything be done legally to change the current position? As I suggested in my earlier blog post, it would be possible to amend the Treaties, or to somehow engineer proceedings that challenged the legality of Greek EMU membership from the outset, or the legality of Greek debts; or (more precariously) to use Article 352 TFEU (the residual powers clause of the Treaties) to regulate the effects of a Grexit that had already taken place de facto.

But let me offer another suggestion: it could arguably be legal to adopt a measure based on Article 352 which nominally retains Greece’s status as an EMU member, but exempts it from some of the normal rules applicable to EMU members. This has the advantage of bending rules a little without breaking them entirely. Since Article 352 requires unanimous voting, it avoids the economic and political problem with Duff’s proposal: throwing a Member State out of EMU by a qualified majority would show the world that the EU’s monetary union is very fragile indeed. Using Article 352 would ensure that Greece consents to whatever happens to it.

I won’t thrash out the details now of what this might entail. But some have pointed out that, for instance, Scotland has no official legal tender, but pounds are simply accepted as currency in practice. It might similarly be arguable that the euro would remain nominally legal tender in Greece, but some sort of parallel currency, not formally legal but accepted for certain purposes, could be introduced for a limited period.

I’m not suggesting that this is the best solution, either legally, economically or politically. In my view, the least bad solution would be a fresh bail-out deal with rather less austerity, or (since that’s not realistic) acceptance of the current Greek offer (including debt restructuring) with an independent advisory board to oversee and make suggestions for its detailed implementation. Only if that idea fails (which currently seems possible) should a more radical fall-back position be considered.

Metaphors about Greece have been done to death (and I’m afraid I’ve contributed to this myself). So let’s sum this idea up with a lyric from a famous rock song: Greece can check out of EMU any time it likes, but it can never leave.


Photo credit: The Eagles
Posted by Steve Peers at 14:48