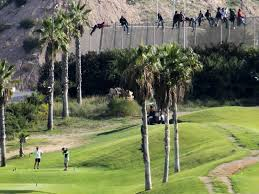 
In a much expected ruling delivered on 23 April in Case C-38/14 Zaizoune, the CJEU apparently left without validity the Spanish legal architecture by which undocumented non-EU (third country) migrants could be subject to a fine, rather than be expelled as a result of their irregular situation. Below, we will briefly explain the Spanish legal system as well as the rationale by the Court in declaring it in breach of EU law, notably its limited analysis of Article 4(3) of the EU’s Returns Directive, which grants Member States the right to adopt or maintain more favourable provisions provided those provisions are compatible with that Directive.


Mr Zaizoune, a third-country national irregularly residing in Spain, received an expulsion order in October 2011. Mr Zaizoune brought an action against that decision and requested that such expulsion order should be replaced with a fine. Indeed, based on the Spanish legislation, which had been adopted in 2009 before the deadline for implementing the Directive had expired, and which followed consistent jurisprudence from the Spanish Supreme Tribunal, migrants in an irregular situation had to be subject to a fine as the only sanction as a general rule. Expulsion was indeed only possible when aggravating circumstances beyond the mere irregular stay were present, and only after having regard to the principle of proportionality, the degree of fault, the harm caused and the risk arising from the offence and its effects. In other words, irregular stay was, as a general rule, not considered to be of sufficient gravity to order expulsion from the territory.


However, we find here an instance of the dichotomy, that the American scholar Motomura has marvellously depicted in the US case, between immigration law in theory and immigration law in action or practice. Indeed, the fine was the first step for expelling an individual. Such person was told not only that he had to pay a fine but also that he had the obligation to voluntarily leave Spain or to attempt to regularize his status. Such regularization was only possible after having paid the fine, but paying the such fine did not excuse the person from being expelled if he had not been able to regularize.


The reasons for this system may be traced back to the Spanish immigration policy. Spain received a large number of third-country nationals in the first decade of this century. There were very few legal routes to migrate to Spain but this was coupled with a generous regularization policy well represented by the “arraigo” (settlement) figure. Arraigo allows an undocumented third-country national to request a residence permit after having resided for three years in Spain if some conditions are fulfilled out of which the most important one is to have a job offer. A scheme of fines fit well with this system where numerous third-country nationals could obtain a residence permit after having worked for a number of years in Spain.


The Court does not obviously enter into discussing these internal issues and concludes that the Directive precludes the Spanish provision providing for the fines as an alternative to expulsion, since it is likely to jeopardise the achievement of the objectives pursued by the Directive, notably the removal of the third-country national concerned, and, therefore, deprive it of its effectiveness (paras 39 and 41).


Since the adoption of the Directive, the Court has repeatedly ruled on the incompatibility between EU law and national law on return-related issues, where the latter provided for more restrictive rules. The CJEU clearly stated in El Dridi that “the Directive does not allow those States to apply stricter standards in the area that it governs” (par. 33).


In contrast, in Zaizoune the Court had to interpret the notion of the possibility of Member States adopting “more favourable provisions” than the Returns Directive, as permitted by Article 4 (2) and (3) of the Directive.

Labour law is an area where similar “more favourable provision” clauses have raised major concerns for the Court. Several rulings deal with the possibility for Member States to set higher standards for workers than EU employment legislation, and in some of these cases the Court has allowed them to do so.

For example, in Merino Gomez, the CJEU affirmed that number of days of leave for women who had taken maternity leave could be higher than those laid down in the relevant directive, since the latter only provides for minimum standards (par. 42-45). A similar rationale was also adopted in other cases such as Dominguez (paras 47-48) or Neidel (par. 35).


Probably a less linear attitude to the more favourable clause characterizes the case-law on migration and asylum law. In B and D the Court allowed a Member State to grant protection on the basis of its constitutional law in favour of a person excluded from the refugee status provided for by Directive 2004/83, the so-called “qualification Directive” that defines eligibility for refugee and subsidiary protection status in the EU. However, the Court excluded the application of the “more favourable provision” clause in that Directive in order to grant the persons concerned refugee status in accordance with the Directive, as the Directive required persons in the situation of the applicants to be excluded from refugee status (par.  113-121). Like the Returns Directive, the qualification Directive (and other EU asylum laws) only allow Member States to apply more favourable provisions that are compatible with the Directive. It should be noted that EU law on legal migration allows Member States to have more favourable standards without such a compatibility requirement.

A restrictive approach as regards “more favourable” rules for obtaining refugee and subsidiary protection status can again be found in the recent M’Bodj case, discussed further here. Here, the Court held that a person suffering from a serious illness cannot be eligible for subsidiary protection based on the more favourable provision clause (art. 3, Directive 2004/83), as this situation “has no connection with the rationale of international protection” (par. 44).

Furthermore, the interpretation of the more favourable provision clause has also been problematic in the area of free movement of EU citizens: in Ziolkowski, Advocate-General Bot argued that as art. 37 of the EU citizens’ directive provides for more favourable national provisions, residence periods of a Union citizen in a hosting Member State, on the basis of a residence permit issued under national law, are to be counted in order to obtain a permanent residence right (par. 46-49 and 58). This argument was however rejected by the Court (par. 48-50).

As far as migration law is concerned, in the recent Tahir case, the Court adopted a systematic reading and dismissed the literal interpretation of the applicant, who claimed the right to obtain a long-term residents’ EU residence permit on the basis that according to national legislation the requisite of an uninterrupted residence of 5 years was not explicitly required for family members of a TCN already holding such a long-term residence permit (par. 38-44). In both Ziolkowski and Tahir we see a refusal by the Court to incorporate those more favourable rules into the system of the Directive rather than a limit per se on the ability of Member States to have more favourable provisions.


As it can be seen, systematizing EU case law on more favourable national provisions is a hard task.  In Zaizoune, the Court could have explained more fully the reasons why Spain could not rely on Article 4(3) and given more details about the contrast between Spanish law and the Directive´s effectiveness. In particular, the Court´s appraisal of effet utile seems inconsistent with its earlier case-law (El Dridi, par. 31, 38, 42; Achughbabian, par. 42). The CJEU only mentions these cases to refer to the removal´s mandate and avoids mentioning that the directive also aims at ensuring guarantees and fundamental rights for migrants.


The CJEU provides for a narrow and literal reading of the Directive where any national provisions not leading to return are inconsistent with it. With respect, an alternative reading of Chapter II of the Directive, entitled termination of illegal stay, could have accepted more favourable provisions, such as those at play in the Spanish case, where the national legislation provides for a permanent mechanism of regularization which will indeed potentially lead to the termination of such legal stay. The Court could have then adopted a more nuanced interpretation, by stating that the Spanish law would be inconsistent with the directive where the person concerned could not regularize his status, something for the national court to assess in each scenario.


Spain will not now be able to impose a fine as an alternative to expulsion. It will however also have to make sure that the period for voluntary departure, which as a general rule has to be granted to any individual issued with a return decision, is effectively put into place. Indeed, this is not always the case in the Spanish practice. During such period for voluntary departure, which can be extended (according to the Directive) beyond 30 days taking into account the specific circumstance of the individual case, the person concerned could avail himself of the possibility to regularize his status through arraigo and have the return decision withdrawn in line with Article 6(4) of the Directive, which allows Member States to regularize irregular migrants. This alternative will respect the Returns Directive but will also allow the individuals concerned an opportunity to regularize and avoid expulsion. It will also take into account the particular circumstances of a Member State where a large number of undocumented migrants are those who fell into irregularity. In other words, these are individuals who, having resided for a number of years in Spain, could not renew their temporary permits due to, for example, having lost their jobs. This alternative will also require careful judicial oversight and good lawyering involved and will almost mirror the previous system while also respecting the Directive. It will also tackle the ongoing challenge of those third-country nationals who cannot be removed, a situation which not only arises in Spain but also in the other 24 Member States (all except the UK, Ireland and Denmark) bound by the Directive.