The Referendum Bill: politics and law 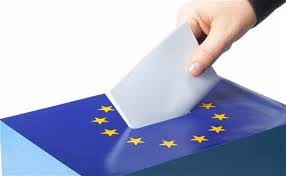 
Yesterday’s publication of the Referendum Bill fired the starting pistol in the process of renegotiating the UK’s membership of the EU, and holding an ‘in-out’ referendum on the results. I’ll look at two different elements of the Bill: the parliamentary process and its main contents. It inevitably leaves some issues out, since a Referendum Bill is only meant to deal with the basic referendum process, not with the substantive questions like the content of the renegotiation or the consequences of withdrawal.


Although some press reports give the impression that the contents of the Bill are already law, this is obviously not the case. Every Bill must be approved by both Houses of Parliament before it becomes law. Even then, it would always be possible to amend the ensuing Act of Parliament.


Will the Referendum Bill become an Act of Parliament? Yes, that’s virtually certain. The principle of a referendum on EU membership is not only supported by the Conservative majority in the House of Commons, but also (following a recent U-turn) by the Labour party. That should ensure that a Referendum Act can get through both the Commons and the Lords.


However, the devil is in the details. It’s still possible that the Bill could be amended, particularly as regards the issues discussed below (the question, the timing and the franchise).  In the last majority Conservative government, the Bill to ratify the Maastricht Treaty ran in to endless trouble at the hands of an alliance of Labour and Eurosceptic Tory MPs. The current Conservative government has a similar slim majority in the House of Commons, and while there are fewer Labour MPs, there are more Eurosceptic Tories. Time will tell whether these two groups (perhaps in conjunction with the big contingent of Scottish National Party MPs?) can find common cause as regards any amendments.


The Bill also has to pass the House of Lords, of course. While it is unlikely to be defeated as such there (in part because of the ‘Salisbury Convention’, which provides that the House of Lords will not oppose the principle of Bills which were set out in the winning party’s manifesto), again there may be attempts to amend the details. The political dynamics are different, since the Conservative party does not have a majority. While the House of Commons can override the House of Lords if need be, by use of the Parliament Acts, this would cause a one-year delay in the entry into force of the law, scuppering any plan to hold the referendum in 2016.


Most of the Bill sets out the dry but necessary detail of the mechanics of holding the referendum. But it does address three key issues: the timing, the question and the franchise (ie, who can vote). I will address these issues in turn.


First of all, the timing. As promised by the Conservative party, the Bill sets a deadline of end-2017 for the Referendum to take place. A referendum in the midst of Christmas shopping is highly unlikely, so the latest realistic date would be November 2017. In fact, the real issue is whether the referendum might be held earlier, sometime in 2016. There’s been some speculation that it might be held in May 2016, on the same date as elections in London, Scotland and Wales. Ideally, as recommended by the Electoral Commission, the referendum should not be held the same day as other elections, to ensure that voters are completely focussed on the separate choices facing them.  Furthermore, holding the referendum on the same day as elections in pro-EU areas such as Scotland and London will give rise to suggestions that the poll is biased, which it is better to avoid.


Secondly, the question. The Bill suggests the following question:


“Should the United Kingdom remain a member of the European Union?”


Some have objected to the word ‘remain’, because it allegedly biases the question in favour of staying in. However, I see no problem in referring to an objective fact: the UK is indeed currently a member of the EU. Indeed, the Electoral Commission recommended the word ‘remain’ rather than ‘in’, because apparently some people are unaware that the UK is currently a member of the EU. I am hoping that none of my former students are among them!


It will still be fully open to the ‘Out’ side to try to convince the public that our current EU membership is a bad thing. Indeed, their whole argument will presumably rest on the awful consequences of being (and indeed remaining) an EU member.


Having said that, it would be preferable not to give either side the supposed advantage of being the ‘Yes’ side. A better question would therefore be ‘Should the UK remain a member of the European Union, or leave?’ with the possible answers being ‘remain’ or ‘leave’.


Some have suggested that there should be multiple questions on the ballot paper, namely a chance to vote for the current status quo of EU membership, as well as withdrawal or Cameron’s renegotiated version (see Jon Worth’s blog for how this could work). The argument against this is simply democratic legitimacy: the Conservative party won a majority in the House of Commons on the basis of holding an in/out referendum on the renegotiated terms.


This brings me to the vexed question of the franchise. The Bill proposes to use the franchise for general elections: citizens of the UK, Ireland and Commonwealth countries over 18 years old living in the UK, and UK citizens living abroad for less than 15 years. But it proposes to add members of the House of Lords and residents of Gibraltar. I have already blogged on the reasons why the general election franchise should be used, due to concerns about legitimacy as well as tactics. (See also the analysis by Jo Shaw here). But some have suggested that it may be illegal to ban EU citizens in the UK from voting in the referendum: see the arguments by Richard Edwards here and by Albert Sanchez Graells here.


Let’s examine these legal arguments in more detail. The obvious argument against the right of EU citizens to vote in the referendum is the list of EU citizens’ rights in Article 20 TFEU. That list includes the right to vote in local and European Parliament (EP) elections, but does not mention other elections. Article 25 TFEU then says that for EU citizens to have more rights, a further Council Decision has to be agreed and ratified. In the absence of such a decision, they surely do not have further electoral rights. The general references to democracy in the Treaties aren’t very specific, and mostly (for instance in Article 10 TEU) refer to the EU institutions only. It can’t be seriously argued that the ‘general principles’ of EU law require all EU citizens to vote in referenda, in the absence of any widespread practice to that effect (even Ireland does not allow UK citizens to vote in referenda).


The EU Charter of Rights doesn’t help either. It only mentions the rights to vote in local and EP elections, and Article 52(2) of the Charter makes clear that these provisions of the Charter do not add anything to the citizenship provisions of the Treaties. Anyway, the Charter only applies where there is a link to EU law, and although the process of withdrawal from the EU is referred to in Article 50, Article 50(1) in turn refers to the national law of individual Member States as regards the decision on whether to withdraw. It couldn’t be any clearer that it’s entirely up to each Member State to decide who votes in a withdrawal referendum. And for those contemplating litigation on this issue: do you seriously think that the prospects of an ‘In’ vote (and British citizens’ regard for the EU more generally) could possibly be helped by a EU or ECHR court (or a UK court doing their bidding) ordering Parliament to allow EU citizens to vote in the referendum?