‘We can laugh at everything, but not with everyone!’ Parody and limits to freedom of expression: the CJEU decision in the Deckmyn case 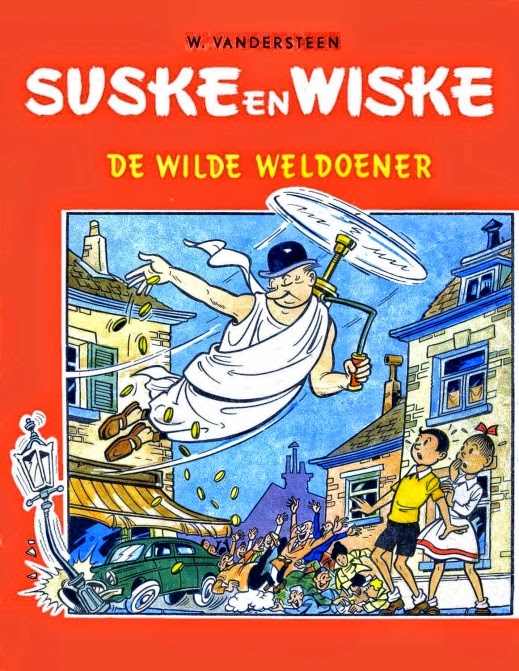 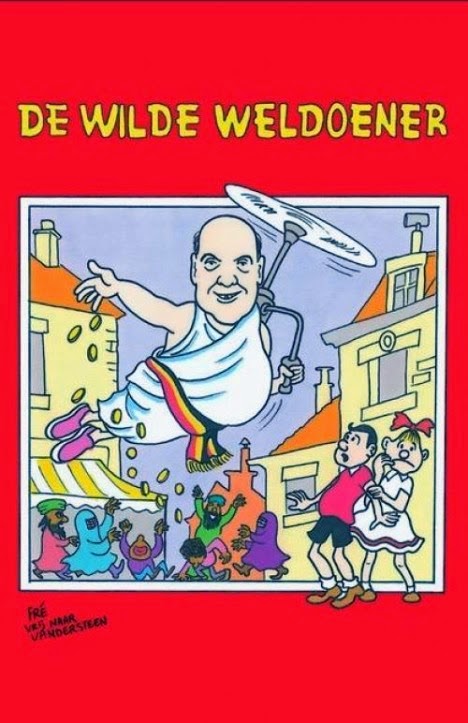 By Sabine Jacques
PhD student focussing on the parody exception
at the School of Law, University of Nottingham (UK)

Since the Advocate-General’s opinion (still not available in English; but this opinion has been commented upon here), parody has attracted a lot of attention. Today, the Court of Justice of the European Union (CJEU) issued its judgment which is likely to attract twice as much attention. As a reminder, the eventful introduction of a parody exception in UK copyright law is scheduled to enter into force on 1st October 2014.

This dispute concerns copyright and more specifically the interpretation of Article 5(3)(k) of the Infosoc Directive which allows Member States to introduce an exception to the reproduction right (Article 2 of the Directive) and the right of communication to the public (Article 3 of the Directive) for the purpose of caricature, parody or pastiche. The facts relate to a calendar parodying a well-known Spike and Suzy (Suske and Wiske) album cover to promote a political message of the Vlaams Belang’s party (Flemish nationalist political party). The two works are illustrated above.

Against this background, the Belgian court of first instance granted an interim injunction preventing further distribution of the calendar. Subsequently, the defendants appealed this decision and the Brussels Court of Appeal decided to refer to the CJEU.

First of all, the CJEU ruled, in conformity with the analysis of the Advocate-General in his opinion, that that ‘parody’ is an autonomous concept of EU law, which should be given uniform interpretation throughout the Union. The optional character of the exception does not rule out the principle of uniform application of EU law (see Padawan, C-467/08, paras 32-33).

Moving to the interpretation of the parody exception, the CJEU begins by reminding us that where no definition is provided, the usual meaning of terms is to be preferred. Expanding on the meaning of the term ‘parody’, the Court holds that ‘the essential characteristics of parody are, first, to evoke an existing work while being noticeably different from it, and, secondly, to constitute an expression of humour or mockery’.

Furthermore, the national court had asked if there were further requirements applicable before the parody exception could be invoked. The CJEU answered that parody does not have to be original (besides carrying apparent differences with the original work it is borrowing from), the new work does not have to be attributable to somebody else than the author of the original work nor does it have to relate to or mention its source.

Finally, the CJEU repeats the application of strict interpretation of exceptions to the rights of reproduction and communication, as these are derogations from exclusive rights. However, strict interpretation must enable the effectiveness of the exception (see recital 31 of the Directive, Football Association Premier League and Others, C‑403/08 and C‑429/08, para 163). The CJEU indicates that a fair balance needs to be achieved between the interests of authors and the users’ rights (see Padawan, C-467/08, para 43 and Painer, C-145/10, para 132). This means that courts must balance the exclusive rights of rightholders with the users’ freedom of expression.

To that end, the court takes the example of the facts before it. The drawing at issue presenting original characters distorted as to convey a discriminatory message is likely to have the effect of associating the message with the protected work. If the national court finds that such association is plausible, the court needs to balance freedom of expression with the principle of non-discrimination based on race, colour and ethnic origin (Article 21(1) of the Charter of Fundamental Rights) as rightholders have a legitimate interest in not having their work associated with such a message.

The ball is now in the Belgian court to first determine whether the alleged infringing work falls within the meaning of the Directive and whether the fair balance between rightholders and users is preserved.

It is not surprising that the Court ruled that parody is an autonomous concept. This is consistent with the CJEU’s case law on the other provisions of the Directive (most notably in Padawan, C-467/08). However it is interesting to see how the Court grasps the concept of parody. By referring to the ordinary meaning of the word, the Court acts as if parody has a similar meaning throughout the Member States. This is absurd as there are so many controversies as to the ordinary meaning of the term already within a single jurisdiction. As a reminder, parody is a multivalent term covering among others satire, pastiche, caricature, spoof, irony and burlesque.

This being said, the Court also established the only two requirements attached to the definition of ‘parody’ under the Directive. Firstly, the new work has to invoke the earlier work while being noticeably different. Essentially, this is the very nature of parody. Through the parody, the parodist aims to bring into the public’s mind the work it is based on without confusing the public as to its creative origin. By the distance operated, the parodist intends to avoid artistic confusion (whereby the public might believe that the new work is a continuation of the protected work) and economic confusion (signifying the public believes that the new work was authorised by the rightholder). In any case, parasitism is excluded.

According to the second requirement, parodies must have a humoristic character. Being a subjective term, this condition could be problematic in practice and calls for further case law. How should ‘humour’ be interpreted? Some jurisdictions have interpreted this concept strictly, but some have quite broadly expanded it to encompass homage and criticism.  Additionally, will this condition be interpreted based on the parodist’s intent or the reaction of the public exposed to the new work? Lastly, the target of the humoristic expression is not specified. Does it have to be the earlier work? The original author? A third subject? Following this, the humoristic element appears difficult to define.

Consequently, it is apparent that other conditions must be set aside. This means that the parodist does not have to acknowledge the borrowings, and the amount reproduced from the original, the motivation of the parodist (such as commercial exploitation), the encroachment of the rightholder’s economic rights, the possible alternatives to the dealing (such as the likelihood to acquire a license) and the originality (understood as the level required to attract copyright protection) are not conditions to the application of the parody exception as enshrined in the Directive.

If the above paragraph is not likely to arouse passion, the developments of the CJEU regarding the balance between the interests of rightholders and the users’ freedom of expression certainly will. The CJEU established that rightholders had a legitimate interest not to have their protected work associated with offensive messages conveyed by the parody. It is dubious how this will be interpreted in practice and whether this will annihilate the effectiveness of the exception. Parody has worn many coats since its origin in Ancient Greece from being playful to dark and acerbic. Today, some of these are likely to be jeopardised.

*The translation of the title quotation is mine. Quotation of Pierre Desproges (French comedian known for his acerbic and dark humour): “On peut rire de tout, mais pas avec tout le monde”.