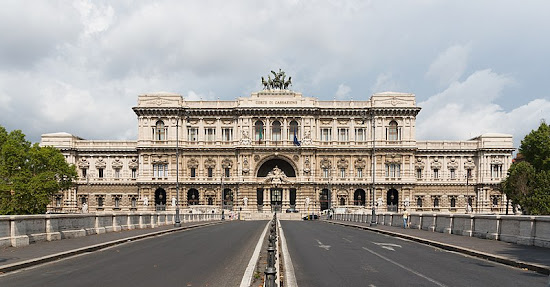 This blogpost is based on Leandro Mancano, ‘You’ll never work alone: A systemic assessment of the European Arrest Warrant and judicial independence’, in Common Market Law Review, Volume 58, Issue 3 (2021) pp. 683 – 718

The European Arrest Warrant Framework Decision (EAW FD) has changed the landscape of inter-state cooperation in criminal matters within the EU (for its ‘external’ impact, see the Court of Justice’s judgments in Petruhhin – see discussion here – and IN).

The EAW implements the principle of mutual recognition in criminal matters. An arrest warrant issued by Member State ‘A’ (issuing state) and addressed to Member State ‘B’ (executing state) against person ‘X’ should be recognised and executed by the latter – with subsequent surrender of ‘X’ from ‘B’ to ‘A’ - without further formalities unless grounds for refusal apply. Automaticity in judicial cooperation rests on the principle of mutual trust: in this context, the rebuttable presumption that member states, save in exceptional circumstances, comply with fundamental rights. Unlike extradition, the EAW – and mutual recognition in criminal matters more broadly - place cooperation entirely in the hands of the judiciary.

The Concept of Judicial Authority: Between Independence and Effective Protection

The multifaceted relevance of judicial independence in judicial cooperation begins – logically and chronologically – with issuance of the EAW. Firstly, there is the independent judicial supervision that must be guaranteed throughout the EAWs procedures – from issuing to execution - to ensure effective judicial protection. Secondly, there are the requirements that the issuing judicial authority must possess to issue a valid EAW.

Since an EAW must be based on a national arrest warrant (Article 8(1)(c) EAW FD), the effective judicial protection must be guaranteed during procedures related to both the (1) national, and (2) European, arrest warrants. The judicial authority competent to issue an EAW must review observance of the conditions necessary for the issuing of the warrant - including its proportionality. Such a level of protection must be ensured even where the EAW is based on a national decision delivered by a judge or a court. Where the EAW was issued by a judicial authority that is not itself a court or tribunal, that decision must be capable of being the subject to judicial review.

Public prosecutor can be considered judicial authorities – even though they are not courts or tribunals - as long as there are statutory rules and an institutional framework capable of guaranteeing their independence, and preventing their exposure to external directions. Even if the public prosecutor was exposed to the risk of instructions from the executive in the specific case at the basis of the EAW, the warrant could be validly issued in the presence of effective judicial supervision (see, by contrast, the approach taken in the case of the European Investigation Order). Such oversight, which could take the form of e.g. judicial review of the EAW decision, must be in place in the issuing State and activated before execution of the EAW.

The Exceptional Circumstances Doctrine: The Level of Probability Required by the Two-Step Test

The EAW FD mandates (Article 3) or allows (Article 4) the executing judicial authorities to refuse execution of the arrest warrant and surrender in certain cases. Most of these exceptions do relate to fundamental rights (e.g. ne bis in idem), but their wording clearly points to, for example, possible issues of coordination between different States’ laws. They are not concerned with a Member State’s systemic failure of fundamental rights protection. The suspension of the EAW vis-à-vis a Member State by the European Council is mentioned in recital 10 (non-legally binding) of the Framework Decision, and requires a finding of serious and persistent breach of the EU values. This reveals, perhaps, the EU legislature’s confidence in the Member States’ capacity for maintaining the rule of law standards required by EU membership. No specific or general clause is provided for in the text of the FD, allowing a national court to refuse surrender due to concerns related to the person’s fundamental rights in the issuing State.

Relying on Article 1(3) EAW FD, the Court has introduced a two-step test to challenge the presumption of mutual trust. The test was firstly devised in the context of inhuman and degrading treatments (see the judgment in Aranyosi and Căldăraru) and then applied to cases where the independence of the judicial authority issuing the EAW was in doubt. The Court found that, as a first step, the executing judge must verify the existence of systemic deficiencies, in the issuing State, of the right to an independent tribunal. Secondly, precise and specific elements must show that systemic deficiencies are liable to have an impact at the level of the State’s courts with jurisdiction over the proceedings, and substantial grounds must emerge for believing that the person will run a real risk, having regard to their personal situation, the nature of the offence involved and the factual context at the basis of the EAW (see judgment in LM, discussed here).

The test has been criticised because of its allegedly insurmountable nature, compounded by the Court’s recent ruling where it stated that systemic deficiencies alone do not constitute sufficient ground to refuse execution. The present author submits that, while not easily met, the standard of proof of the real risk must not be understood as near certainty. Semantic accuracy and the Court’s wording suggest that these two levels of probability not be conflated. Relatedly, the features that the evidence must possess (precision and specificity) must be understood together with the milder level of probability of the consequences attached to them (liable to impact the competent court). Furthermore, the areas from whence the substantial grounds must emerge (personal situation, nature of the offence, factual context) are indicative and not cumulative. The test is not as constrictive as it might seem, and the executing authorities have certainly leeway when assessing the real risk to the person’s right to an independent tribunal.

Judicial independence is the cornerstone of the rule of law and judicial cooperation in criminal matters, including the EAW. At the very least, independence must be guaranteed to the judicial authority which: supervises the issuing and executing EAWs procedures; has jurisdiction over the proceedings in the issuing State after surrender. On the one hand, the Court requires that independence of the issuing authority be protected by statutory rule and institutional frameworks, failing which an EAW cannot be validly issued. On the other, the ECJ distinguishes the latter scenario from lack of independence caused by systemic deficiencies in the issuing State, in which case the EAW is valid in principle and the executing court must carry out the two-step test to refuse surrender. The two situations might indeed be different and are to do with two different bodies (issuing v trying authority).

The Court’s approach is – if not justified – explained by systemic considerations. The tenability of the statutory rules/systemic deficiencies distinction might prove hard to uphold for much longer, however, and especially in a context where the undermining of judicial independence in Poland shows no signs of receding. A related issue, not yet brought to the fore but with the potential to shake things up, concerns the scenario where the supervising body in the issuing State is not adequately protected by statutory and institutional safeguards. These questions, jointly with the proper interpretation of the level of probability of the two-step test mentioned above, lie at the core of the EAW mechanisms and might be the protagonists of this existential saga on judicial independence and EU cooperation in criminal matters.