The EU Migration and Asylum Pact’s Blind Spot on Statelessness Must be Remedied: Here’s How 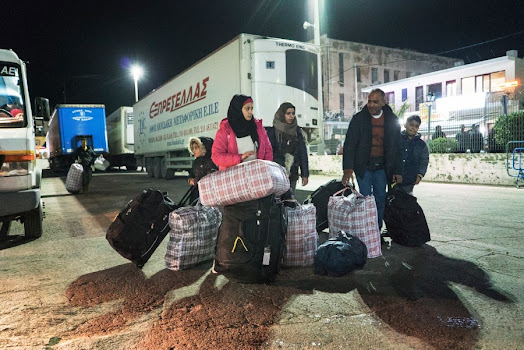 Last week the European Network on Statelessness launched its detailed analysis of the EU Pact on Migration and Asylum. Our commentary focuses on the impact the proposals set out by the European Commission in September (discussed here and here on this blog) would have on the fundamental rights of stateless migrants and refugees, and makes concrete recommendations on how these should be addressed as an integral part of negotiations on, and implementation of the Pact.

As it was presented, the Pact makes no mention of the rights of stateless people, nor does it provide any clarity on how to respond to the specific protection challenges faced by stateless refugees and migrants. The existing EU asylum and migration acquis contains no reference to the rights due to stateless people under international law, so perhaps we should not have been surprised by the Pact’s blind spot in this area, despite previous dedicated European Council Conclusions on Statelessness, and research clearly showing that whether someone is stateless impacts on their migration journey in innumerable ways.

We know that more than 3% of asylum applicants to the EU are registered as stateless or ‘of unknown nationality’. And the true figure is likely much higher given the lack of tools to identify and record statelessness at Europe’s borders. There is currently no mechanism to register statelessness on arrival so stateless refugees and migrants are often wrongly ‘assigned’ a nationality by officials based on their country of origin or the languages they speak. Many more people from countries where discriminatory laws, state succession, nationality stripping, or protracted displacement mean they have lost or never acquired a nationality are invisible in the statistics. We know of people from Syria, Lebanon, Palestine, and the former Soviet Union, among many others, who have struggled for years to have their statelessness recognised by authorities in Europe. Whether someone is stateless not only impacts on asylum decision-making, but also on the nationality rights of their children, as well as on access to related procedures like family reunification or resettlement, not to mention inclusion or the possibility of return.

A precondition for a more harmonised and horizontal approach to statelessness across EU asylum and migration acquis is to improve identification and recording of statelessness, referral to appropriate determination procedures (including dedicated Statelessness Determination Procedures (SDPs)), access to protection, and measures to support integration and inclusion. This would help end the harmful cycles of criminalisation, detention, and enforced destitution that many stateless people in Europe currently face. Put simply, we are urging the realisation of the rights that stateless people, including children, are already entitled to under international law.

We therefore propose including within the Pact, a clear reference to the 1954 Convention and the definition of a stateless person, as well as a requirement to screen for and record ‘initial indications of statelessness’ at the border and refer people to appropriate determination procedures (including SDPs). Facilitating data collection on statelessness in EU databases will also be crucial as part of proposed plans under the revised Eurodac Proposal. The very nature of statelessness can mean that a stateless person has no country to which they can return. We therefore call for exempting stateless people from return sponsorship, ensuring statelessness-related barriers to return are acknowledged and that referrals are made to SDPs from return procedures.

It is positive that, as a measure to facilitate inclusion, the Pact proposals include an amendment to the Long-Term Residence Directive to shorten the period of time that beneficiaries of international protection should have to wait to obtain long-term residence status to three years. We strongly recommend that beneficiaries of protection under the 1954 Convention (‘stateless status’) are explicitly included in this amendment.

Further, it is vital to counter residual questions about relevance or competency often mistakenly put forward as stumbling blocks on the path to progress. We are not questioning that EU action must go hand-in-hand with a concerted effort by States to uphold their international obligations, facilitate naturalisation and ensure their nationality laws prevent new cases of statelessness arising. But the EU is lagging behind other regions of the world in global efforts to eradicate statelessness and can no longer ignore the need to harmonise its approach to stateless refugees and migrants if it is to remain credible as a bastion of rule of law and human rights. Stateless people and affected communities must be central to these efforts. We believe that the European Pact on Migration and Asylum could and should be the occasion to make this happen.

European Network on Statelessness, Statelessness and the EU Pact on Asylum and Migration: Analysis and Recommendations, January 2021

European Network on Statelessness, No child should be stateless: Ensuring the right to a nationality for children in migration in Europe, April 2020

*This article first appeared in the ECRE Weekly Bulletin
Posted by Steve Peers at 04:45