The proposal on adequate minimum wages in the European Union: Striving for fairness, less so adequacy 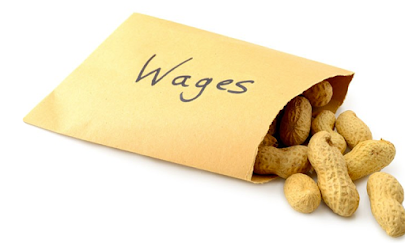 Less than a year after the Commission announced its commitment to an initiative on minimum wages, on 28 October 2020 the Commission finally presented the fiercely criticized proposal for a directive on adequate minimum wages. The Commission had to find an balance on the tightrope of criticisms en masse regarding, inter alia, its lack of competence, concerns regarding the autonomy of social partners and the sustainability of collective bargaining systems or the impact on the competitive advantage of lower wages on certain Member States.

Over the last years, low wages have not kept up with other wages in many Member States and recent labour structural trends such as globalization, digitalization and the upturn of non-standard employment have resulted in increased job polarisation leading to an increased share of low-paid and low-skilled jobs. These trends have further contributed to the erosion of collective bargaining systems. Making matters worse, the recent Covid-19 crisis is particularly hitting sectors with a higher share of low-wage earners and having a disproportionate impact on disadvantaged groups such as women, young, low-skilled workers or people with disabilities.

Ever since the adoption of the European Pillar of Social Rights (EPSR) in 2017, the European institutions have been committed to delivering more effective social rights to the European society. The latest initiative relates to a proposal for a directive on adequate minimum wages in the EU, implementing principle 6 EPSR which aims at providing better working conditions, addressing adequacy of minimum wages to contribute to improving the fairness of the labour market in the EU and to stimulate productivity and socioeconomic progress.

The initiative was first addressed in the Political Guidelines for the Commission 2019-2024. In January 2020, the Commission presented its communication on ‘building a strong social Europe for just transitions’ alongside the first-stage consultation where social partners were consulted on the need for a potential initiative on minimum wages and its possible direction. The second-stage consultation, between June and September, dealt with the content and the legal instrument. In view of a lack of agreement among the social partners to enter into negotiations to conclude an agreement according to Article 155 TFEU and after carrying out an impact assessment following the policy on Better Regulation, the Commission presented its proposal for a Directive.

On the basis of Article 153(1)(b) TFEU on working conditions and Article 153(2)(b) TFEU, the Commission puts forward a directive that aims at ensuring that work is remunerated adequately as to allow for a decent living wherever they work. The design of the directive is thought to take into account and adapt to country specific characteristics, therefore respecting national competences, the contractual freedom and autonomy of social partners. Moreover, it has the objective of promoting collective bargaining on wages, ensuring formal coverage and guaranteeing compliance with existing collective agreements of statutory minimum wages.

Among these, there are a number of provisions that need to be emphasized. In the first place, attention should be paid to the scope of the proposal, which applies to every worker in the Union who has an employment contract or employment relationship as defined by law or collective agreements and in consideration with the case-law of the ECJ. What is interesting is that recital 17 of the preamble complements this by specifically addressing categories that are often disputed to qualify as ‘workers’, including domestic workers, on-demand workers, intermittent workers, voucher based-workers, bogus self-employed, platform workers, trainees and apprentices. Remarkably, it enshrines that it is the actual performance of work and not the work description provided by the parties what determined the existence of an employment relationship. This provision is clearly designed to ensure that non-standard forms of employees are covered by minimum wages, regardless of whether they have traditionally been considered as workers insofar as they fulfil similar criteria.

Differently, Article 4 provides for the promotion of collective bargaining, including the obligation to install a framework to enable collective bargaining where coverage is less than 70%, which requires an action plan to be made public and presented to the Commission. In the case of statutory minimum wages, the proposal enshrines a provision on adequacy in its Article 5, imposing an obligation on Member States to establish national criteria in a stable and clear way that includes (at least) the purchasing power of minimum wages, the general level of gross wages and their distribution, their growth rate and labour productivity developments. Member States are further obliged to use indicative reference values commonly used at the international level. While the preamble refers to the at-risk-of-poverty threshold in this regard as a possible aid to assess adequacy, the provision does not include a specific reference value that (even remotely) sets a threshold. Article 6, in turn, limits possible variations and deductions that allow different rates of statutory minimum wages, and provides that in any case they should be objectively justified and proportionate.

In addition, the monitoring system provides for a platform of supervision, data collection and evaluation of the current framework. Article 10 requires, inter alia, a report on annual basis, statistics and information (disaggregated by gender, age, disability, company size and sectors) which the Commission will assess and report accordingly to the Council and the Parliament.

These are complemented with the more common provisions regarding remedies, implementation, non-regression, dissemination, evaluation and transposition.

In spite of vast criticisms, this is a rather strong proposal, if not so much in terms of adequacy, at least in terms of ensuring access to minimum wages, transparency and compliance. The proposal has it written all over how much the Commission has tiptoed around the concerns regarding the autonomy of the social partners and the possible negative effects on collective bargaining systems. Besides the obvious provisions on the promotion of social partners (Articles 4 and 7), the preamble addresses this concern extensively (recitals 18-20) and an entire chapter (2) is dedicated solely to statutory minimum wages to make a clear separation between the two systems.

In all certainty, one of the strongest points of this proposal relates to its broad coverage. A combination of a broad concept of worker, an obligation to put a framework to promote collective bargaining in areas not yet covered by collective agreements and the clear limits to variations and reductions in the case of statutory minimum wages, will in all likelihood (if adopted) lead to the coverage of many workers who are not currently able to access minimum wages. Complemented with a regular monitoring system and access to effective remedy, these provisions could have the desired effect to bring ‘fairness’ to the labour market by ensuring that many more are covered by minimum wages.

As was to be expected, however, the proposal is weaker from an adequacy point of view. On a positive note, Member States with statutory minimum wages need to take into account important elements when determining the level of minimum wages. These elements aim at giving important insight regarding the adequacy of minimum wages and whether they allow recipients access to essential services and participate in society. There is, however, no indication on how to use these elements or a certain ‘threshold’ of ‘standard’ that Member States should aim to strive, such as the at-risk-of-poverty threshold (60% of the equivalized median wage), even though in 2018 most statutory minimum wages did not suffice to lift people out of poverty. This might seem surprising, since one of the aims of the Directive is to combat in-work poverty, but it is completely understandable considering the legal basis chosen by the Commission that forbid the regulation of the level of pay (Article 153(5) TFEU). While this provision may certainly ensure some ‘fairness’ and transparency in wage setting mechanisms, minimum wages that lie below the poverty line can hardly be considered ‘adequate’. An alternative legal basis could have allowed to include sturdier commitments to adequacy instead.

Another point to warmly welcome is the link between the Directive and other fundamental rights instruments such as the EPSR, the Charter of Fundamental Rights (Article 31 CFR), the European Social Charter (Article 4) and the 131 ILO Convention. These links could act as aid of interpretation for Member States or courts in case of conflict and facilitate judicial dialogue between different authoritative bodies. The clear link to Article 31 CFR, moreover, ensures that the Directive will be read in line with the CFR. In this vein, while Bauer opened the door for the direct application of Article 31 CFR, without a clear reference in the directive it would be disputed that minimum wages are covered by the provision, since Article 31 CFR does not explicitly refer to the right to minimum wages.

Further strengthening the proposal, the monitoring system (which will be part of the European Semester) in addition to the access to Technical Support Instrument and the European Social Fund Plus to develop and improve the technical aspects of minimum wage is likely to facilitate a successful and effective implementation of the directive.

All in all, the Commission has put forward a strong initiative that aims at establishing ‘fair’ minimum wages, if not necessarily ‘adequate’ as the title of the proposal falsely prescribes.

It remains to be seen whether the proposal will in fact survive the brutal opposition to regulating minimum wages at the EU or at least in its current form. In view of the vicious antagonism, it is not unlikely that the proposal will be substantially watered down during the negotiations between the Council and the Parliament, if not completely abandoned after potentially becoming the fourth victim of the yellow-card procedure.