Protecting the Formal Rule of Law in the EU’s Asylum Policy: The CJEU’s Judgment on the Asylum Relocation Mechanism 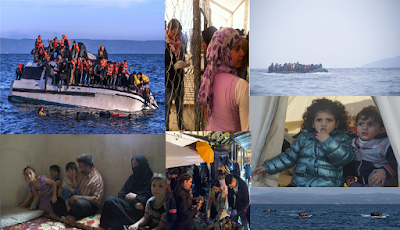 Niels Kirst, Ph.D. Researcher in European Union Law at the School of Law and Government of Dublin City University*

*Reblogged from the Bridge Network blog

In a recent judgment, the CJEU confirmed that Poland, Hungary, and the Czech Republic breached European Union law (EU law) by not implementing two Council Decisions (here and here; discussed in detail here) for the relocation of asylum seekers after the European refugee crisis in the Mediterranean. In this seminal judgment, the Court of Justice of the European Union (CJEU) rejected the arguments of the parties who alleged that the European Union’s relocation mechanism could not be implemented due to a general threat to law and order and public security (Poland and Hungary), as well as the argument that the malfunctioning and the ineffectiveness of the mechanism prevented its implementation (Czech Republic).

The judgment was released against the backdrop of the current COVID-19 pandemic in the European Union (EU), which has prompted a broader discussion on European solidarity among the Member States. The judgment is a strong affirmation of the principle of solidarity and the principle of sincere cooperation (enshrined in Article 4 (3) Treaty on European Union (TEU)) and clarifies the scope of Article 72 TFEU (maintenance of law and order and the safeguarding of internal security). While the judgment has no immediate consequences for the affected Member States, since the Council Decisions lapsed in the meantime, it was lauded as an affirmation that the EU is a legal order based on the rule of law (see here, here and here).

Two Council Decisions established the relocation scheme in September 2015 (Council Decision (EU) 2015/1523 and Council Decision (EU) 2015/1601), in which the Member States committed to relocate persons likely in need of international protection from Italy and Greece. Poland, Hungary, and the Czech Republic were outvoted in the latter decision adopted by qualified majority voting in the Council of the European Union (Council) and subsequently either refused to take any asylum-seekers (Hungary) or took only a minimal number (Poland & Czech Republic).

As a consequence, and given that all other Member States had pledged to relocate a certain number of asylum-seekers, the Commission decided to initiate an infringement procedure and refer the three Member States to the CJEU. In the Advocate General’s Opinion (AG’s Opinion), which was analyzed earlier, the departing AG Sharpston reiterated the rule of law and the principle of solidarity in the EU legal order and found that the Member States had failed to fulfill their obligations under EU law. This blog post will provide an analysis of the reasoning of the CJEU and the grounds of the judgment.

Admissibility of the Infringement Proceedings

A large part of the judgment was concerned with the admissibility of the infringement proceeding. The infringement proceeding was brought by the European Commission (Commission) under Article 258 of the Treaty on the Functioning of the European Union (TFEU) in June 2017. First, the three Member States alleged that the Commission’s action is devoid of purpose since the matter of the proceeding (the Council Decisions) had expired. A judgment would only have a declaratory nature which does not amount to a legitimate interest in bringing the proceedings (para. 47-50). The CJEU rebutted these arguments by highlighting that ‘a declaration as to the failures to fulfill obligations at issue is still, moreover, of substantive interest’ (para. 66), according to Commission v Italy (1972) (Case 39/72). The CJEU found that the infringement proceeding is neither devoid of purpose nor inconsistent with the objectives under Article 258 TFEU (para. 70-71).

Fourth, the Czech Republic alleged that the infringement proceeding lacked precision and that it was inconsistent in its legal plea (para. 111). The CJEU dismissed these arguments by highlighting that the infringement proceeding was not ultra petita and that the dates for compliance with the request were sufficiently clear for the Czech Republic (para. 120-122). By dismissing the arguments on inadmissibility, the CJEU followed the AG’s Opinion and turned to the substance of the case.

Substance of the Case

First, the CJEU had to assess if the infringements took place (para. 124-133). The CJEU affirmed that the Member States breached Article 5 (2) of both Council Decisions, which required the Member States to communicate the number of asylum seekers they are willing to take to the Commission. Consequently, they breached Article 5 (4) of the Decisions which required the actual relocation of asylum seekers (para. 126-129). The proof of this breach of the obligations deriving from the Decisions can be found in the monthly reports of the Commission (para. 130-132). Moreover, the Member States did not dispute that they failed to indicate to the Commission their pledge of taking asylum seekers (para. 129). Instead, they relied on a twofold justification for their non-implementation of the Council Decisions.

In their defence, Poland and Hungary first argued that Article 72 TFEU (maintenance of law and order and the safeguarding of internal security) read in conjunction with Article 4 (2) TEU (national identity clause) allowed them to suspend the application of the Council Decisions since they would have created an internal security risk in their territory (para. 134-138). Poland, in particular, argued that Article 72 TFEU would be a conflict of law rule and would subsequently set aside the secondary legislation such as Council Decisions (para. 137).

The CJEU reiterated that the only situations in which the Treaty expressly allows for derogations which affect law and order or public security are Articles 36, 45, 52, 65, 72, 346 and 347 TFEU (para. 143). However, the derogations of Article 72 TFEU, which concern Title V of the Treaty (the Area of Freedom, Security, and Justice), must be interpreted strictly (para. 144). Therefore it forecloses the general refusal of application of the Council Decision (para. 150). Moreover, in Article 5 (4), in conjunction with Article 5 (7), the Decisions foresee the possibility to deny the relocation of asylum seekers in case that there are reasonable grounds that a person is a threat to national security or public order (para. 151). These Articles are a reflection of Article 72 TFEU. Therefore, the Council duly took into account the responsibilities incumbent on Member States to protect national security (para. 153).

The CJEU, further stressed, that the serious reason (reasonable grounds) requirement for rejection of individuals from the relocation scheme is to be interpreted with a much wider margin of discretion for Member States than the requirements for exclusion from refugee or subsidiary protection status under Directive 2011/95 (the Qualification Directive) (para. 155), which implements the 1951 Geneva Refugee Convention in the EU legal order, or the rules on exceptions to free movement law. Broad discretion is accorded to the Member States’ authorities to reject applicants on the grounds of national security or public order (para. 158). However, Member States must provide consistent, objective, and specific evidence for the suspicion that the applicant actually or potentially is a threat to the public policy of the Member States (para. 159). The invocation of Article 72 TFEU as a peremptory norm to deny any applicant on the grounds of public policy is invalid, as highlighted already in the AG’s Opinion (para. 160).

Since Poland and Hungary refused to pledge to take any asylum seekers, they could not carry out an individual assessment of the persons concerned (para. 161). Further, the claim by the Member States that the mechanism was ineffective and characterized by a lack of cooperation by the Italian and Greek authorities had to be resolved in the spirit of cooperation and mutual trust (para. 164). In conclusion, the CJEU found that ‘there is nothing to indicate that effectively safeguarding the essential state functions, such as of protecting national security, could not be carried out other than by disapplying both Council Decisions’ (para. 170). Instead, the mechanism provided for in the Council Decisions would have been the appropriate measure, which left the Member States genuine opportunities to safeguard national security (para. 171). They failed to take this measure.

This judgment is a strong affirmation that Council decisions are binding for the Member States, whether they like them or not. The EU is a legal order based upon the rule of law. A formal compliance with the Treaty, Regulations, Directives, and Decisions is necessary as a precondition of a rule-based order. Member States may not disapply EU law simply because they do not like the decision, or because it conflicts with their domestic political agenda. Specifically, the Visegrád states have voiced a rejection of the EU’s common asylum policy (see here) that culminated in Slovak Republic and Hungary v Council and the present decision. The legal consequences of the judgment are entirely declaratory. The obligations from the Council Decisions lapsed. Therefore, there are no consequences for Poland, Hungary, and the Czech Republic after this judgment. Notably, the Commission will also not be able to pursue a penalty payment against the Member States under Article 260 TFEU.

Moreover, the judgment is an indication that consensus in the EU has to be formed on the political level. Otherwise, decisions on disputed issues such as the admittance of asylum seekers will lead to the non-implementation of the measures by individual Member States. This is a sad reality following from this judgment. In an ideal world there should not be a necessity of the Commission to commence infringement proceedings after a qualified majority in the Council takes a decision. The dispute over a common approach to asylum policy highlights that qualified majority voting still requires Member States to come to a consensus that is tolerable for all of them. Otherwise, the Council risks the non-implementation of decisions by some Member States. As a guidepost, it would be recommended that any further decision in the area of asylum policy is based on a consensus among the Member States. Otherwise, the next infringement proceedings are just around the corner.