Judicial Independence and Maltese courts: Is a microstate about to provide EU rule of law with its Van Gend moment? 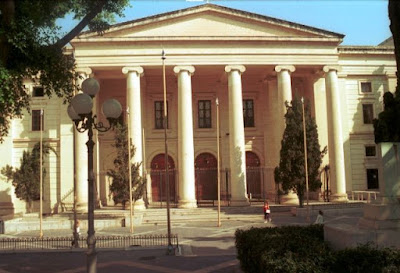 Justin Borg-Barthet, Senior Lecturer in EU Law at the University of Aberdeen*

In fifteen years of EU membership, Maltese courts have been remarkably reluctant to refer questions of interpretation to the CJEU.  This could be about to change in litigation which could have far-reaching consequences for the direct effect of member states’ rule of law and human rights obligations.  The dispute raises important, novel questions concerning the extent to which EU law of a classical constitutional nature could be democratised in much the same manner as the law of the internal market was democratised through Van Gend.

In the case of Pace Axiaq et al vs Prim Ministru, an NGO has asked the Civil Court to seek a preliminary ruling concerning the compatibility with EU law of Malta’s system of judicial appointments.  The NGO contends that a system which grants the executive absolute power over appointment and promotion breaches the right to a fair trial and the right to an effective remedy (Art 19 TEU and Art 47 Charter of Fundamental Rights).  The applicants also seek to enjoin the government to refrain from making further appointments to the bench until constitutional reforms have been implemented.

In a decree issued on 22 May 2019, the Civil Court rejected the Maltese government’s request to summarily dismiss the case.  The Court found that, while the applicants could not rely on the Maltese Constitution or the ECHR, they did have a juridical interest insofar as they rely on EU law.

The case, should it be referred to the CJEU, would enable the further development of jurisprudence through which the Luxembourg court has operationalised the rule of law in the EU.  In particular, it could render individuals enforcers of the principles in the Juizes Portugueses judgment (discussed here) in which it was held that “every Member State must ensure that the bodies which, as ‘courts or tribunals’ within the meaning of EU law, come within its judicial system in the fields covered by that law, meet the requirements of effective judicial protection” (para 37).

Systematic backsliding in the absence of systemic change

The applicants in Pace Axiaq rely in great measure on the ongoing proceedings in Commission v Poland (discussed further here).  Their submissions refer also to the damning indictment of Malta’s rule of law failings in a report by the Council of Europe’s Venice Commission.  The report, which was prompted by the assassination of journalist Daphne Caruana Galizia, noted that the independence of the judiciary is severely compromised by the present system of appointments.

The Maltese government has, in fact, committed to introducing legislation which will make the judiciary self-perpetuating, thereby severing the executive’s control over the judicial branch.  The catch, however, is that appointments to the bench have continued; indeed, six appointments were made quite hurriedly following the filing of Pace Axiaq.  The net effect is that partisan capture could be perpetuated if a secure partisan majority of judges is installed by the executive prior to any legislative innovation.  As former ECHR judge Giovanni Bonello observes, permanent capture is quite likely given that the vast majority of judicial appointees since the 2013 change of government have either occupied a prominent role in the governing party or have close family or business relations with persons who do.

Equally importantly, the threat to the independence of the judiciary is to be considered in a broader context of institutional capture.  The Maltese constitution relies on trust insofar as the separation of powers is concerned.  The executive has extensive powers of appointment and removal of officials responsible for the enforcement of criminal law, including financial regulation required by EU law. This has always been problematic in conceptual terms, and internal criticism is not a new phenomenon.  Recent events, however, demonstrate that there has been significant movement towards a deliberate culture of impunity in the highest political offices.  Erosion of the independence of the judiciary therefore takes on an altogether more worrisome flavour given many considered the judiciary to be a significant bar to the further (or complete, by some accounts) erosion of the rule of law, and the principle of sincere cooperation.

Malta is not Poland, but…

The Maltese rule of law crisis is distinguishable from its better-known Polish counterpart, however.  Poland has adopted regressive laws following EU membership, and thereby compromised the standard of judicial independence which had been scrutinised prior to accession.  The European Commission has been clear that this type of formal backsliding engages EU law, specifically Article 7 TEU, and requires redress as a matter of Union law.

In Malta, in contrast, the laws which the applicants in Pace Axiaq contend are contrary to EU law have been in place for as long as Malta has been an independent state.  Of course, nowhere in the treaties is the enforcement of fundamental rights and rule of law obligations contingent on regression, but the absence of formal regression means that a clear demarcation between compliance and its absence is lacking.  Indeed, the Maltese government, cognisant of the Commission’s formulaic systemic backsliding criteria, has been eager to emphasise the Commission’s role in the enforcement of rule of law obligations, arguing that there is no private route to enforcement.

The potential innovation in Pace Axiaq, and the reason why a preliminary ruling is in fact necessary, is that the petitioners rely instead on the direct effect of certain human rights obligations: Article 19(1) TEU, which requires national courts to “provide remedies sufficient to ensure effective legal protection in the fields covered by Union law”, and Article 47 of the Charter of Fundamental Rights, which guarantees the right to an effective remedy and the right to a fair trial.  The matter is then brought within the scope of the Wachauf formula by way of the duty of sincere cooperation in Article 4(3) TEU; it is argued that the entire substance of the effectiveness of EU law may be at stake, and that all future judgments could be called into question should judicial independence be further compromised.

Paradoxically, Pace Axiaq could provide the Maltese courts with an opportunity to make their greatest contribution to the rule of law at a time when their own independence is most under threat.  Much like the establishment of the internal market required the development of direct effect and citizen-led enforcement of the law, supranational judicial oversight would go a long way towards fulfilling EU law’s promise of a system founded on the rule of law and fundamental rights.