The EU’s commitment to combatting violence against women: rhetoric or reality? 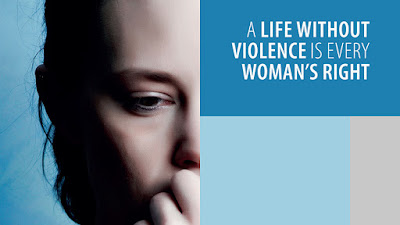 Catherine Briddick, Martin James Departmental Lecturer in Gender and Forced Migration at the Refugee Studies Centre of the University of Oxford - @CateBriddick

The EU has, at its heart, a legal commitment to combat discrimination, including that based on sex, and to promote gender equality. It has however, been subject to sustained and justified criticism for its failure(s) to live up to these commitments, particularly in relation to its treatment of migrant and refugee women. The announcement by the Commission in 2016 that the EU would sign and conclude (ratify) the Council of Europe Convention on Preventing and Combatting Violence Against Women (the Istanbul Convention) was, therefore, warmly received by activists and academics alike.
The Istanbul Convention, for readers unfamiliar with it, is only the second international, legal instrument to focus on violence against women and the role of that violence in maintaining women’s inequality. The purposes of the Convention (set out in Article 2) are to protect women from all forms of violence and to prevent, prosecute and even eliminate violence against women and domestic violence. To achieve these purposes the Convention imposes on Parties a comprehensive range of obligations including that they:

-          adopt integrated, co-ordinated and properly resourced policies and programmes to challenge gender inequality, monitor and respond to violence against women (Istanbul Convention, Chapter II);
-          prevent violence through education, training and awareness-raising (Chapter III);
-          protect and support victims via a range of non-legal and legal measures (Chapters IV, V and VI);
-          investigate, prosecute and punish offenders (Chapter VI);
-          grant autonomous and/or renewable residence permits to migrant women who are victims of violence (Article 59); and,
-          ensure that refugee women’s claims for protection and dealt with in a gender-sensitive way (Arts 60 and 61).

Significantly, the rights and protections the Convention provides victims are to be secured by Parties without discrimination on any ground, including migration or citizenship status (Article 4(3)).

In force since 2014, the Convention has, at the time of writing, been ratified by thirty-three States (including Germany, Austria, Denmark, France, Italy, Spain, Sweden and Turkey) and signed by many others, including the UK.

The Istanbul Convention itself envisages EU accession (Article 75), something that the EU can do to the full extent of its competences, as this blog has already discussed. The procedure to be followed involves the Council, following a Commission proposal and the consent of the European Parliament, adopting a decision which concludes the agreement. The agreement must identify the legal bases for the EU’s accession, bases derived from the EU’s legal competence (its ability or power) to act in a particular field. Once ratified, this agreement is binding on the institutions of the EU and EU Member States, to the extent that the EU has concluded the treaty. You can read more about this process here.

The EU’s competence in relation to violence against women is extremely broad. The legal bases under the Treaty on the Functioning of the European Union (TFEU) identified by the Commission in its Proposal for the Council on the conclusion of the Istanbul Convention were:

The Council, however, took a radically different approach to that proposed by the Commission, taking not one but two decisions to sign the Convention in May 2017.

The first decision refers to Article 82(2) and Article 84 TFEU but states in Article 1 that:

The signing, on behalf of the European Union, of the Council of Europe Convention on preventing and combating violence against women and domestic violence with regard to matters related to judicial cooperation in criminal matters is hereby authorised, subject to the conclusion of the said Convention (emphasis added).

The second decision identifies Article 78(2) TFEU (on the establishment of a Common European Asylum System) as its legal base, stating in its Article 1 that the signing of the Convention is ‘with regard to asylum and non-refoulement’ (again, emphasis added).

These decisions limit the legal obligations the EU will accept in relation to the Istanbul Convention only to those that concern judicial cooperation in criminal matters and to asylum and non-refoulement (not, for example, European Union free movement law).

These decisions not only diverge from the Commission’s proposal, but also from the EU’s position in relation to the UN Convention on the Rights of Persons with Disabilities (the CRPD). The Council decision which signed the CRPD signed the Convention as a whole and took as its legal basis the EU’s commitment to non-discrimination.

(Update: in April 2019, the European Parliament decided to ask the Court of Justice about legal issues relating to the EU's proposed conclusion of the Istanbul Convention).

Readers of this blog can be forgiven for asking if any of the above really matters. The obligations that the EU is planning to assume under the Istanbul Convention are significant, even if they are more limited than many hoped for and anticipated. EU action in either of the two areas it has signed up to could yield significant improvements in the way that violence against women is responded to, at both an EU and national level.

Well it does matter, for at least two reasons.

First, EU free movement law disadvantages women, including women who have been subject to violence. To take just one example, as this blog and I have argued, the CJEU’s shameful decision in NA (which concerned Article 13 of the Citizens Directive), left a third-country national woman whose EU citizen husband subjected her to domestic violence and then left the UK, without a secure migration status. Article 59 of the Istanbul Convention requires Parties to grant autonomous and/or renewable residence permits to victims of violence in a broader range of circumstances than that currently provided for by EU law, potentially improving the position of women like NA whose migration status is (or was) dependent on their partner. The EU’s decision not to sign up to this provision means that women who are subject to violence whose migration status is determined by EU law will continue to face considerable hardship.

Second, the Convention itself and the holistic approach it adopts to violence and discrimination against women have been attacked and undermined by States who are either Parties or signatories to it.  Some States, including Poland, Latvia, Lithuania and Croatia have sought to limit the obligations the Convention imposes by making impermissible and potentially invalid declarations / reservations to it. In Bulgaria the process of ratifying the Istanbul Convention has been halted following a controversial judgement from its Constitutional Court that the Convention contradicts Bulgaria’s constitutional protection of women as mothers. The Commission has expressed concern about these developments and has sought to encourage States to ratify the Convention fully and without delay, highlighting its own role as a potential enforcer of the Convention where EU competences are involved. The EU’s ability to provide either political leadership or legal support on these issues is, however, hampered by its own partial and highly selective engagement with the Convention. Not only is the EU open to allegations of hypocrisy, but its own actions give succour to, rather than challenge, the conduct of the very States whose behaviour it seeks to influence.

Can the Council’s position be challenged?

Whether the Council’s two decisions will actually lead to the EU engaging with the Istanbul Convention in the very limited way described here is, as yet, far from clear.

The European Parliament has stated that it ‘regrets’ the Council’s approach because it raises ‘legal uncertainties as to the scope of the EU’s accession, as well as concerns regarding the implementation of the Convention’. The Parliament has recommended instead ‘a broad EU accession to the Convention without any limitations’. It is not known whether the Parliament’s ‘regret’ will extent to withholding its agreement to the Council’s decisions.

The decisions could also be subject to legal challenge. The Commission has successfully challenged a Council decision to enter into a legal agreement with a third country on the grounds that it did not proceed on the correct legal bases. A similar challenge, based on the arguments the Commission advanced in its Proposal (as discussed briefly above) or, more persuasively in my view, on the grounds that the EU’s legal response to violence against women should be based in its commitment to combat sex discrimination, may well yield success.

The Istanbul Convention is monitored and enforced by a committee, the Group of Experts on Action against Violence against women and Domestic Violence (GREVIO) via a reporting and inquiry procedure. The EU’s approach to the Istanbul Convention could also be challenged by GREVIO or another Party to it. Article 75 of the Istanbul Convention refers to the Convention as a whole being open for signature, not parts of it whilst Article 73 provides for a dispute mechanism to be created if Parties disagree over the application of its provisions.

At the time of writing the EU’s (stalled) ratification of the Istanbul Convention is being considered by the Council working party on Fundamental Rights, Citizens’ Rights and Free Movement of Persons (FREMP). This scrutiny is being accompanied by a concerted, EU-wide campaign in support of the Istanbul Convention and the EU’s full ratification of it. Over the next few months we will be able to gauge the impact of these processes, as the EU proceeds (slowly) to conclude the Convention. We will then find out whether the EU’s rhetoric on violence against women is any more than that.