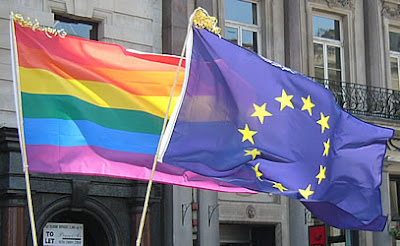 
Today’s CJEU judgment in Coman was the Court’s first ruling on same-sex marriages for the purposes of EU free movement law.  (For a discussion of the background, see the earlier blog post by Alina Tryfonidou). Mr Coman, a Romanian citizen, had married his husband, a US citizen, in Belgium while residing there. He tried to return to Romania with his husband, but Romania refused residence to the latter, as (like about half of the EU Member States) it does not recognise same-sex marriage. But did EU free movement law give Mr Coman the right to family reunion with his spouse nonetheless?


In the Court’s view, which took a subtly different approach than the Advocate-General’s opinion, the answer was yes. First of all, following established case law, the Court ruled that EU free movement law doesn't apply directly to a Romanian citizen in Romania and his family member, since the EU citizens’ Directive only applies to EU citizens living in another Member State. However, that law applies by analogy, since Mr Coman had moved to another EU Member State and then returned to his Member State of nationality.


In particular, the Court invoked its 2014 ruling in O and B (discussed here), which clarified when family reunion rights applied in this scenario. It’s necessary to have “genuine residence” in another Member State, meeting the conditions for residence longer than three months set out in the citizens’ Directive (see paras 26 and 28 of today’s judgment).


But was Mr Coman’s American husband within the scope of the definition of “family member”, which includes a “spouse” (a term not further defined in the citizens’ Directive)? The Court reaffirmed its prior case law that a “spouse” was “a person joined to another person by the bonds of marriage”. Crucially, it then ruled that “the term ‘spouse’ within the meaning of” the Directive “is gender-neutral and may therefore cover the same-sex spouse of the Union citizen concerned.” While the Directive expressly permits host Member States to apply their own law when admitting registered partners, it makes no such provision regarding spouses, so such a possibility was implicitly ruled out.


The Advocate-General’s opinion made the same point in a different way, arguing  for a uniform EU-wide meaning of the word “spouse” and taking account of the trend inside and outside the EU toward recognition of same-sex marriage. On one issue, however, the judgment and the opinion differ: the opinion refers to recognition of a marriage wherever it was celebrated (para 49, referring to prior CJEU case law), while the judgment refers several times to a marriage concluded in a Member State (paras 33, 35 and 36).


Anticipating the objections from Member States that do not permit same-sex marriage, the Court reiterated that marital status “is a matter that falls within the competence of the Member States and EU law does not detract from that competence”. In particular, “Member States are thus free to decide whether or not to allow marriage for persons of the same sex”. But that freedom had to be exercised consistently with EU law, in particular the right to free movement. Allowing Member States to apply their own law to the residence of non-EU same sex spouses “would have the effect that the freedom of movement of Union citizens who have already made use of that freedom would vary from one Member State to another, depending on whether such provisions of national law exist”.


Next, the Court dealt with the objections of those Member States who had argued that there were “public policy” or “national identity” grounds to refuse admission of same-sex spouses, where they did not recognise the existence of such a concept in national law. On this point, the Court repeated its case law that the “public policy” exception to free movement has to be interpreted strictly, applying “only if there is a genuine and sufficiently serious threat to a fundamental interest of society”. That high threshold was not met here, because recognition of a marriage for these limited purposes “does not undermine the institution of marriage in the first Member State, which is defined by national law”, and “does not require that Member State to provide, in its national law, for the institution of marriage between persons of the same sex”. Rather, it is “confined to the obligation to recognise such marriages, concluded in another Member State in accordance with the law of that state, for the sole purpose of enabling such persons to exercise the rights they enjoy under EU law”. For the same reasons, such an obligation “does not undermine the national identity” of Member States.


The Court added that any measure restricting free movement rights also has to comply with human rights guaranteed by the EU Charter of Rights, which has to be interpreted consistently with the European Convention on Human Rights. According to the case law of the European Court of Human Rights, “the relationship of a homosexual couple may fall within the notion of ‘private life’ and that of ‘family life’ in the same way as the relationship of a heterosexual couple in the same situation.”


In light of its judgment on the meaning of “spouse”, the Court had no need to define what a “partner” was, for the purpose of interpreting either the core definition of “family member” or the “extended family member” rules in Article 3 of the Directive. The Advocate-General’s opinion had argued for a Plan B: if Mr Coman’s husband was not a "spouse" due to Romanian law, he had to be considered a partner or other family member under Article 3. In principle there was a downside to that approach, since the CJEU has ruled that there is no right of admission for extended family members (see the judgment in Rahman; also the pending case of Banger, on whether returnees can invoke Article 3 by analogy as regards their extended family members). However, the opinion argued that due to the marital bond recognised by another Member State, there would be no discretion to refuse admission in this case.


This judgment falls short of the general requirement to establish same-sex marriage recognised in the US Supreme Court judgment in Obergefell. Inevitably so: the CJEU lacks the jurisdiction to rule on the marriage laws of Member States as such. The ruling only applies to free movement issues – and with some further limitations. Nevertheless it will likely be celebrated (or decried) as part of a more general development of extending same-sex marriage rights across (and outside) the EU.


In order to trigger the application of EU free movement law as regards a same sex marriage, there needs to be movement between Member States. So movement within the UK, from jurisdictions in Great Britain (where same sex marriage is recognised) to Northern Ireland (where it is not) will not count. (In any event, in light of Brexit, anyone anxious to have their same sex marriage recognised in Northern Ireland will have to meet the relevant conditions before the end of the post-Brexit transition period: see discussion here). Moreover, the judgment concerns residence, rather than marriage as such. The residence status of a same sex spouse of an EU citizen who is also an EU citizen is unlikely to be disputed.


Furthermore, the Court (unlike the Advocate-General) laid down two further limitations. It restricted its ruling to marriages concluded within a Member State. At best, it could be argued that the legal position where a same sex marriage was celebrated outside the EU was left open by the Court. Secondly, it made a point of emphasising that a period of at least three months genuinely residing in another Member State was necessary to trigger the rules: couples seeking to overcome the restrictions of their national law will have to spend some time abroad in order to do so. A gay Gretna Green – or a lesbian Las Vegas – will have to offer flats to rent, not just rooms for the night.


With these restrictions, and the Court’s obvious concern to answer the anticipated objections of some Member States (and their courts), the ruling may seem rather grudging to those supporting equal marriage. But such a conclusion would be jumping the gun.  Those who have a same-sex registered partnership, or an unregistered partnership within the scope of Article 3 of the Directive, will be able to invoke the judgment’s strong emphasis on free movement and human rights in support of their claims.  The Court could have chosen the easier option offered by the Advocate-General as Plan B – giving same-sex spouses a right to stay on the basis of Article 3, without defining them as a spouse – but it did not.  There’s a case to be made for reassuring – and eventually persuading – the opponents of equal marriage, rather than lecturing and overruling them.


And there’s a broader perspective too, quite apart from the legal technicalities. In light of the history of pink triangles and Stonewall riots, of chemical castration and teenage suicides, of hatred, bigotry and persecution, the right to move across the European Union with a marriage recognised as an equal affirmation of family life can only be welcomed.