Our peace is worth more than your Brexit: A Personal Reflection on the Good Friday Agreement 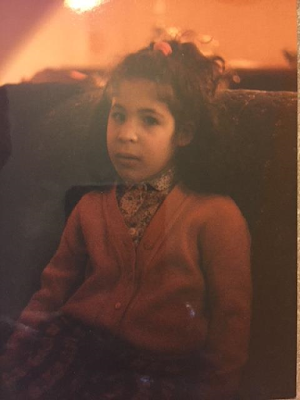 
In the spring of 1998, I was a sulky, resentful young teenager. I had grown up in a tiny one-story house with my grandmother and my incoming, outgoing band of cousins. My grandfather, active in the Republican movement, had passed a few years before. I was very fortunate to be able to travel to the continent during the summer, where my parents had custody of me. It was a door to the outside world very few in West Belfast had access to. Our world was small, confined by walls, stuck between few prospects of upward mobility and a perpetual cycle of conflict. Sometimes, during bank holidays we would cross the border, a much more difficult endeavour than it is now, to see relatives in north Dublin.


What transpired on 10 April 1998 took years in the making, building on the failures of what would have become the 1993 Downing Street Agreement. Others recalled the historical negotiations before. This twentieth anniversary however will not unfold the way we expected it to then, or ten years ago. The Brexit referendum of 2016 placed the Northern Irish situation in peril, forcing the bulk of the negotiations - at least on the EU side - on the customs union the Prime Minister vowed to leave. A quick look at the Good Friday Agreement turns it into three words that Brexiteers should fear: it is the ultimate challenge to the divorce they intend to seal, firstly because of its legal status, and secondly thanks to the protections it affords.


The Good Friday Agreement is a multilateral agreement with the outstanding qualification that it was ratified by a referendum of mutual consent, meaning that voters across the border – in the Republic of Ireland and in the North of Ireland – had to agree to its terms for those to be enforced. It places a specific emphasis on the respect of the European Convention on Human Rights (ECHR) and the Bill of Rights of Northern Ireland from both legislative and judicial processes; it requires that cross-community consultation and cultural equality be paramount in the future of Northern Ireland.


In 2017, ​an impact assessment paper was commissioned for the European Parliament​ on what Brexit would mean for the devolved region that had been too solemn to be as vocal as Scotland, and too unstable to even maintain its own executive representation. Since the late Martin McGuinness resigned as deputy First Minister, Northern Ireland has been without an Assembly, and under threat of London voting its budget under the principle of Direct Rule. Brexit has stoked fear that London would regain sole authority of this portion of the island, leaving behind the segment of the population that identifies as Irish or both Irish and British. The Good Friday Agreement provides for the unique situation of letting residents choose the sovereignty under which they are governed, or keep simultaneous identities.


Under such provisions both the United Kingdom and the Republic of Ireland are co-guarantors of the enforcement of the Good Friday Agreement. They demand, among other things, that relations with the Republic and with the European Union not be strained by any political action that would not be reached by the aforementioned mutual consent. Brexit, by all accounts, is a breach of the Good Friday Agreement itself.


It however does not require nor demand continuous EU membership: t​he decision of the High Court in Belfast with regards to the triggering of Article 50​ underlined that the GFA mentions Northern Ireland’s status as part of the UK or the event of reunification with the Republic. According to the EuroParl paper, this assumption of continued EU membership in Strand Two is crucial for the Good Friday Agreement to be preserved. There is no alternative to the joint membership of the co-guarantors unless the GFA itself is revised. This is a risk many are unwilling to take. The rights outlined in Strand Two may appear harmless enough to the untrained eye, but they are present after years of negotiations over the freedom of political thought, the freedom from sectarian harassment and the right to freely choose one’s place of residence.


Recently, the institute for Ireland released a graphic explaining how tall the Belfast’s most infamous “peace line” - the separation wall on Cupar Way – is compared with the Berlin Wall and the Palestine Wall. Our architecture of conflict is slightly sanded off the edges by an agreement that does not force anyone to live on a given side of any wall. For children like me, for whom the sun rarely rose on one side, this is change at its most effective.


I once wrote, at the time of the Brexit referendum, about the Irish border being a fault line in the minds of the GFA generation and those coming before it. My phone still capitalizes it as if it was the only demarcation line still standing (“the Border”). What separates it from our commonly shared idea of what constitutes the line separating one nation from another is that it is, very much, physically inexistent. This fluidity has also been facilitated across the years by harmonisation between EU services, namely trade, regulation, but mostly just one element: the passing of time.


Over physical structures, such as checkpoints, grew grass. Over terrains belonging to customs authorities sprang country roads; the ground was returned to farmers or house owners. A considerable portion of the local residents are cross-border commuters, meaning they lived in the north and worked in the south, or vice-versa, allowing freedom of movement within the custom union to provide for the change in currency. Annex Two, Strand Two of the GFA does not address the border; the word appears ten times in the whole of the document, in relation to cross-border community relations. This is where much of it lies: the divide, once physical and technical, legal as political, was allowed to be sanded off, for the improvement of community relations and the fluidity of identity. It requires however that provisions be made for support of commuting workers, that entitlement and services be distributed the same.


A return to a physical border would endanger those rights, presumably granted with the view that relations will only improve over time and politics would cover “the island of Ireland”, as is noted in the document, as opposed to two very distinct elements, one a state, the other region, floating into space in weather forecast, separated and perhaps not even equal.


Some have been callous and craven enough to claim that the Good Friday Agreement was a failure, that the peace process in Northern Ireland had not been successful and needed revision,  self-governance had collapsed and Direct Rule could be a bridge to a future. ​In an excellent piece for the Huffington Post​, Durham Law scholar Dr. Alan Greene explained that the multilateral agreement was not meant to be thorough or comprehensive enough to see Northern Ireland through the complex successive stages of political transition from conflict. The document is a template that outlines safeguards and necessities of implementation on which the future of Northern Ireland can be built.


For us in Belfast, Derry, Ballymena, and everywhere along County Donegal, it’s a reality for which we had committed in 1998 to vote in favour of the text. Some voted against, including the DUP. They did not recognize the equal footing of communities that the GFA demanded, and would not look into a future in which shared power would be drafted. This is one of the reasons why the Tory-DUP deal asked by Theresa May following her poor performance in 2017’s General Election caused much distress in this particular devolved region: it signaled an alliance with a party that was ready to place sectarianism ahead of governance and violence ahead of stability.  20 years ago, the DUP was the only large party to oppose the GFA.


In 2018, Northern Ireland finds itself without an executive to represent its voices during one of the largest transition periods of British history, an exit from the European Union it helped build. The English press is discussing its border as if it was a strict technical issue and was not linked to the provisions in the text that allow for the coexistence of previously conflicting identities. No one is asking my generation, people aged 30 and older, what its memories of approaching the fault line are, or what the difference power-sharing made. However incomplete the Good Friday Agreement is, it is a foundation without which the conflict could have never subsided. It is placing the interest of both and increasingly varied communities above sectarian politics, under the umbrella of two nations that simultaneously accessed EU membership based on a legally binding agreement a conflict had to be resolved.


The conclusion is thus: no possible risk that should be taken. For many outside critics of a “hard Brexit”, the situation in Northern Ireland belongs to a bygone era - that of my childhood - one that has been solved and has the unfortunate legacy of difficult and opaque litigation in local courts. It is a conflict that, for most, has been out of sight and out of mind. But the gaps and blanks of the Good Friday Agreement are opportunities to solidify the institutions that have preserved at least a semblance of equity and approached governance with integrity and peacekeeping.


While EU membership is often perceived by bleeding heart lawyers such as myself as a guarantor of peace and stability, examples abound to the contrary. Transnational and supranational lawmaking does not come easy to a continent based on former empires. It is the downfall of one of those colonial powers that exists in Northern Ireland and that makes 20 years of relative quiet a very fragile structure. Brexit gambles with so much: security, trade, movement, and human rights. The latter are still a battlefield in Northern Ireland. Why should we give up our achievement in the name of a process still undefined?