The judgment in Miller: Representative Democracy Strikes Back 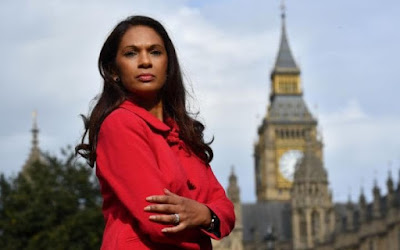 Yesterday the UK’s Supreme Court gave its long-awaited judgment in the case of Miller (and a parallel Northern Ireland case), concerning the process of the UK leaving the EU. There’s already a detailed analysis of the constitutional law aspects by Professor Mark Elliott here. So my post will summarise the key elements of the judgment, and put it into the broader context of the Brexit process and the role of Parliament.

There are two main issues in the case: the role of Parliament in triggering the Article 50 process, and the role of devolved legislatures. Like the Supreme Court, I’ll take these two points in turn.

The Supreme Court, like the High Court ruling in Miller, began by pointing out that it was not ruling on the merits of Brexit, or on any the substantive details of how it would take place. It was only ruling on which political bodies in the UK have the power to send the Article 50 notice to the European Union, thereby starting the clock ticking on the timetable for Brexit. The central question in the case was whether the government could start the process, by means of the ancient ‘Royal prerogative’, or whether some action by Parliament was also necessary.

While the Royal prerogative traditionally gives the British executive power to decide (among other things) on the negotiation and ratification of treaties, and the withdrawal from such treaties, international treaties have no effect in domestic law without an Act of Parliament to give them effect.  In general, the royal prerogative cannot be used to confer rights or remove rights of individuals. Given that the UK’s EU membership is largely regulated by an Act of Parliament – namely the European Communities Act – does it therefore follow that an Act of Parliament (or some other form of consent by Parliament) is necessary to authorise the government to begin the process of removing those rights?

The Supreme Court ruled by a majority (8-3) that Parliamentary consent was indeed necessary. It did so by pointing to the particular nature of EU law – a ‘dynamic’ process of new law-making by EU institutions, which takes effect as part of the domestic law of the UK by means of (primarily) the European Communities Act.

In reaching this conclusion, the Supreme Court touched on a number of important points. Most significantly, it expressly stated that the judges were not deciding the question of whether an Article 50 notice could be revoked after it was sent, or whether any conditions could be attached to it (para 26). This compares to the High Court, which had accepted the agreement between the parties that the notice to withdraw from the EU could not be revoked.

This is significant because some would like Parliament or the public to consider whether to withdraw the Article 50 notice, with the result that the UK remains in the EU, when the terms of the final agreement to leave are known. That objective is obviously not feasible in principle unless Article 50 is indeed revocable – although there might be another route to the same end: an indefinite suspension of the two-year time limit for leaving the EU.

A case will soon be brought before the Irish courts on this point, seeking to obtain a reference to the ECJ to clarify the issue. The Irish courts – or the courts of any other Member State – now need not be concerned by any possible awkwardness stemming from taking a different view from the UK courts on this issue. Furthermore, if the revocability issue is somehow brought before a UK court, any lower court can see that the Supreme Court has deliberately left the issue open, and so can consider the issue afresh.

Next, the Supreme Court provided a neat – if belated – answer to the argument that EU law membership has rescinded parliamentary sovereignty. It observes (paras 60 and 66) that EU law only applies in the UK as a matter of domestic law because Parliament had agreed to this in the European Communities Act. It followed that Parliament could always curtail or abolish this domestic effect of EU law, if it chose.

The Supreme Court also ruled that Parliamentary involvement in converting EU law into British law, by replacing the European Communities Act with a planned ‘Great Repeal Act’, was not sufficient to substitute for the role it should have in triggering the Article 50 process (para 94). Its discussion of the European Union Act 2011 (para 111) does not address head on the argument some have made that this act requires a further referendum before leaving the EU. For a number of reasons, the judges confirm that the referendum result is not legally binding – although they also acknowledge its political significance (leading up to para 125). Finally, it makes clear that legislation (ie an Act of Parliament) is required to trigger Article 50 (para 123). A parliamentary motion won’t do – meaning that parliament will have more chance to influence the result.
Devolved legislatures

What about the position of the UK’s devolved legislatures, in Scotland, Northern Ireland and Wales? First, the Supreme Court ruled that those provisions of the Westminster legislation setting up these bodies which require them to act in accordance with EU law do not require those legislatures’ consent to the UK withdrawing from the EU. Secondly, it ruled that the ‘Sewel Convention’ – the informal constitutional rule that Westminster will not normally legislate in areas of devolved powers without devolved legislatures’ approval – was not a legally binding rule. Finally, it also ruled that the Good Friday Agreement did not address the Brexit issue.

What does the judgment mean for the Brexit process, and for parliamentary democracy more generally? On Brexit, it means that the government needs Parliament to adopt an Act to trigger Article 50, and it intends to propose a bill to this end very soon. Before becoming an Act of Parliament, a bill needs majority support from both Houses of Parliament. While, in light of the referendum result, there is no prospect that a majority of MPs will reject triggering Article 50, the bill is potentially subject to amendments – although the government may try to argue that amendments to its short, highly focussed bill are inadmissible.

But certainly the opposition parties will try. The Labour party has announced plans to table a number of amendments; the Scottish National Party says it will table 50 amendments; and the Liberal Democrats will propose holding a referendum on the final agreement reached by the UK and EU. In the House of Commons, the combined opposition would need around ten Conservatives to join them to pass any amendment. The House of Lords has to pass the bill too.

For a good overview of possible amendments, see this post by Professor Jeff King. In my view, one particular key amendment is essential: ensuring that an Act of Parliament must be passed to approve the UK/EU Brexit deal. That will give Parliament, in 2019, the full power to decide what to do then, from the range of possibilities available.

Anticipating one popular amendment, the government conceded already today that it will publish a White Paper on Brexit. However, rather cynically it seems that the White Paper will only be published after much of the parliamentary scrutiny has taken place. And it has been rightly suggested that an impact assessment would be much more useful.

While the Miller judgment means that arguments over Brexit primarily shift from the courts to parliament, it is not quite the end of legal proceedings. As noted already, the Irish case about the possible revocability of Article 50 will soon be launched, and the Miller ruling is expressly neutral on this point.

Furthermore, the ruling arguably strengthens the contention in a planned case (Wilding and others) that Parliament must also vote on whether the UK should leave the European Economic Area (EEA), a separate treaty that extends the EU single market to some non-EU countries.  I’ve previously blogged on that planned case here, and I can update the status of the case, thanks to Chelvan of No5 chambers, who is acting for one of the claimants (led by Ramby de Mello, for the second Claimants). The permission hearing in the case is due 3 February, and these claimants are arguing that (1) as with the European Communities Act, the royal prerogative does not give the executive power to issue an notice under Article 127 of the EEA; and (2) following the Miller judgment, the exercise of the prerogative without authority of an Act of Parliament will lead to a destruction of fundamental rights and freedoms conferred to UK and EEA nationals living and residing in the UK. As Miller confirmed, the referendum result is advisory; and in any event, it was an expression of political will with respect to leaving the EU and not the EEA.

What about the broader impact of the judgment? It is striking that in every respect, the judgment places the Westminster Parliament at the centre of the Brexit debate. By rejecting use of the royal prerogative to trigger Article 50, the ruling gives Parliament the power to set conditions upon the executive’s conduct of Brexit talks, and ensures that a broader public debate takes place. By affirming that the referendum result was not legally binding, it guarantees that legal authority remains with elected Members of Parliament – buttressed with unelected Lords – rather than the general public. And by asserting that devolved assemblies do not have a veto over Brexit, it entrenches Westminster’s decisive role in the national political debate. Miller raised deep questions about a number of developing tensions in the fabric of British constitutional law: between direct and representative democracy; between Parliament and executive; and between devolved powers and UK-wide government. To every question, the answer was, in effect: the Westminster Parliament.

Of course, there are practical limits to Westminster’s legal authority; and the judgment expressly recognises them. The outcome of the referendum vote is an unavoidable political reality. And so is the convention of seeking seeking the views of devolved assemblies – even though the government has already rejected their views, and intends to proceed against the opposition of the majority of voters in Scotland and Northern Ireland, and (as regards ‘hard Brexit’ at least) against the opposition of the government of Wales and the Plaid Cymru party (see their recent position paper). Furthermore, the executive has many ways to influence the conduct of Parliament’s business.

But for all these caveats, the judgment has certainly returned a degree of power over Brexit to the mother of Parliaments. The outcome of the debate over the Article 50 bill, in conjunction with the battle to come over the ‘Great Repeal Bill’, will determine how important Parliament remains as Brexit unfolds.

Despite many constitutional lawyers’ criticism of the technicalities of the judgment, in my view it at least fully expresses the traditional spirit of the UK constitution – and Parliament’s historic role in British political life. I’m an infrequent visitor to the Houses of Parliament, but I’ve experienced Ian Paisley push rudely in front of me in a queue, Dennis Skinner swear randomly at me in a lift, and Liam Fox glare angrily at me in a corridor. (Reader, I glared back at him). It’s the birthplace of boundless political dreams – yet also the graveyard of countless political careers.

Westminster's position may not last. Many have legitimate concerns about Parliament: the Hogarth cartoons displayed on its walls remind us that concerns about its scandals stretch back through the centuries.  There are valid arguments for further decentralisation of power to the regions, cities and devolved assemblies; for direct democracy; and for the efficiency of executive power. But for now, its pivotal role in the deciding the key aspects of Brexit can only be welcomed.


Photo credit: the Telegraph
Posted by Steve Peers at 13:26