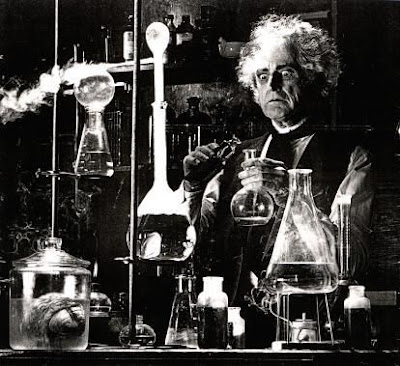 The Court of Justice’s judgment in Ullens de Schooten, rendered yesterday, is a very welcome development. The Court’s Grand Chamber has put some order in a traditionally chaotic and obscure area of the case law: the definition of a purely internal situation in free movement cases referred by national courts in the context of preliminary reference proceedings. It was a life or death issue for the success of the case, because depending on whether the claims of the applicant – who sought damages on the grounds that he was wrongly convicted of running an illegal laboratory – proved to have a trans-frontier link or not, he or she would benefit, or not, from free movement rules. After many years of disorderly case law, mostly in chambers of five judges, the Grand Chamber has taken the reins and provided clear guidance.

In a nutshell, Ullens de Schooten confirms in general terms what the Court seemed to be doing in the past: as a rule, transfrontier links with free movement rules are quite flexible and easy to prove, but when there is no link whatsoever, then only in four different scenarios a national judge will be able to rely on free movement rules. The scenarios are the following:

First, when it is not inconceivable that nationals established in other Member States have been or are interested in making use of those freedoms for carrying on activities in the territory of the Member State that had enacted the national legislation in question, and, consequently, the legislation, applicable without distinction to nationals of that State and those of other Member States, was capable of producing effects which were not confined to that Member State. This is the Blanco Perez y Chao situation.

Second, when the referring court makes a request for a preliminary ruling in proceedings for the annulment of provisions which apply not only to its own nationals but also to those of other Member States, and the decision of the referring court that will be adopted following the Court’s preliminary ruling will also have effects on the nationals of other Member States. This is the Libert situation.

Third, when free movement rules may prove to be relevant in a case confined in all respects within a single Member State, where national law requires the referring court to grant the same rights to a national of its own Member State as those which a national of another Member State in the same situation would derive from EU law. This is the Guimont situation.

Fourth, cases in which, although the facts of the main proceedings are outside the direct scope of EU law, the provisions of EU law have been made applicable by national legislation, which, in dealing with situations confined in all respects within a single Member State, follows the same approach as that provided for by EU law. This is the Dzodzi situation.

It appears from yesterday’s judgment that the Court is putting the burden of proving the existence of any of the enumerated situations on the referring judge. This appears to be the case, because the Court makes in paragraph 55 a very specific reference to article 94 of the Rules of Procedure, a provision that lists the contents that must be included in an order for reference pursuant to Article 267 TFEU. In other words: the Court will be happy to apply any of the four exceptions to the purely internal situation rule, but only if national courts make an effort to explain why the referred case falls under any of these four situations. If the national court simply makes no effort whatsoever, then the Court will do what it did yesterday in Ullens de Schooten: declare the absence of a transfrontier link and the lack of arguments justifying the application of any of the four situations.

This is good news for lawyers that deal with free movement rules, particularly before national courts, but it does not solve the genuine problem. In fact, the failings of the previous case-law were not only to be found in a lack of consistency, but also in the difficulty to apply the standards that have now been blessed by the Grand Chamber. Take the Blanco Pérez y Chao exception: to argue that it is not inconceivable that nationals established in other Member States have been or are interested in making use of free movement rules is not much help, because it is difficult to imagine a case in which a national from another Member State may not, in hypothesis, “be interested” in making use of free movement. The Opinions of Advocates General Wahl and Kokott in the cases of Venturini and ETI, respectively, show how tricky this criterion can be.

So the Court has taken an important step, but probably not enough to provide all the much-needed clarity that free movement rules still need. But it’s a first step in the right and very welcome direction.

*This post previously appeared on the Despite our Differences blog