The 'emergency brake' on EU citizens' benefits: Must the Commission or Council control it? 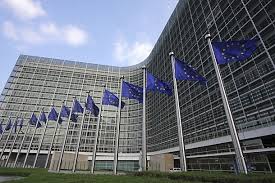 One issue that has arisen in the UK’s renegotiation of EU membership is the procedure for the UK (or other Member States) invoking an ‘emergency brake’ to limit access to in-work benefits by EU citizens. Should a Member State be able to pull the ‘emergency brake’ on its own initiative (perhaps with a requirement to notify the Commission and Council)? Or should it only be able to make a request to that effect, with the Commission and/or Council deciding on whether to authorise it?

The following analysis demonstrates that there is no legal rule which requires that only the Commission and/or Council can authorise a Member State to pull the emergency brake. Therefore it is a matter of political discretion to decide on who should pull it.

There is no general rule in the Treaty governing the use of Member States’ safeguards and derogations. The possible limits on free movement rules on grounds of public policy et al refer only to decisions by Member States’ governments, although the EU institutions have the power to adopt legislation on these issues. Similarly, the power to disapply EU law in times of war, threat of war or civil disturbance is invoked by Member States; the Treaty only refers in this case to discussions with the Commission, and a possible special procedure before the Court of Justice. (To keep this text readable for non-lawyers, I have put the precise details of all the laws referred to in an annex.)

On the other hand, there are some Treaty Articles which provide for authorisation for Member States’ action by the Commission (as regards higher national standards following internal market harmonisation), or by the Council (to authorise a state aid which the Commission has ruled out, or to permit a tax rule restricting movement of capital to third countries).

The Treaty provisions most directly relevant to social security and immigration of large numbers of people give the final say to Member States. In particular, if a Member State pulls an ‘emergency brake’ to stop EU decision-making on social security for EU citizens exercising free movement rights, there is discussion in the European Council, but the proposal can ultimately be blocked if there is no agreement there among all Member States. The case law of the CJEU implicitly confirms that if Member States wish to restrict the free movement of EU citizens on grounds of public health, they may do so without being subject to an EU control procedure (Bressol). And the power to control the volumes of non-EU citizens coming from third countries to the EU to work rests entirely with the Member States.

In certain cases, the CJEU has insisted upon a Community (EU) control procedure for Member States’ derogations. But those cases apply to circumstances where the EU both has exclusive competence, and there are Treaty provisions relating to the control procedure. In Commission v UK, the Court relied on the 1972 Act of Accession and the exclusive EU competence over fisheries conservation to justify its conclusion that Member States have ‘special duties of action and abstention’ where the Commission has made proposals to the Council which had not yet been adopted, entailing prior Commission approval of Member State action. In its subsequent judgment in Bulk Oil, the Court essentially confined the Commission v UK judgment to its particular facts.

In Donckerwolke, the Court stated that national measures relating to trade with non-EU countries needed Commission approval. Again, though, this was in light of the exclusive EU competence in the area, and in particular of Article 115 EEC (since repealed), which detailed this process. The exclusive EU powers over these two issues can be distinguished from the shared power over the internal market.

Under the Directive on reception conditions for asylum-seekers, Member States may adopt different rules where the normal accommodation to be provided is ‘temporarily exhausted’, with no control requirement. And under the Returns Directive, Member States can derogate from some safeguards on immigration detention if there are an ‘exceptionally large number’ of irregular migrants; but they need only inform the Commission of this decision.

Finally, an example from outside the field of immigration, free movement and social security proves that Member States are often given sole discretion to decide on derogations in other fields of EU law too. The working time Directive provides for four categories of derogations. The first three categories are entirely up to Member States’ discretion. The fourth category, which sets out transitional rules for doctors in training which have now expired, set out rules requiring only a Commission opinion before Member States extended the relevant transitional period.

Of course, secondary EU law is required to comply with EU primary law in the Treaties, and so the lack of EU control procedures over derogations would be invalid if it violated the Treaties. But as discussed in the first part, the Treaties set out no general rule on the EU political institutions’ control of Member States’ derogations from EU law. Indeed, in the particular areas of free movement and social security, they expressly leave the power to decide on such measures to Member States. This is, however, without prejudice to the possibility of judicial control (by the national courts and the CJEU) to determine whether most of these national decisions (except for the ‘emergency brake’ on social security decision-making) have been validly exercised.

Annex – Articles in Treaty and legislation referred to