Further development of the EMU – should legitimacy come first or last? 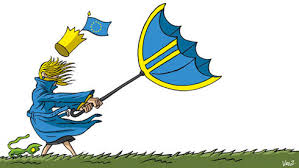 At the same time, the Treaty of Lisbon would already offer a number of solid tools specifically aimed at tackling the Union’s well-known problems relating to democratic legitimacy, through improved openness and wider citizen participation in decision-making, and a clearer division of competence between the EU and its Member States. None of these reforms are as much as mentioned in any of the high-level reports. And yet, they would provide a number of concrete means for many of the problems illustrated above. The most recent Commission package yet again demonstrates a complete failure to grasp what legitimate decision-making is about. It matters how decisions are taken, and what their outcomes are. Therefore, instead of treating the questions relating to legitimacy and democracy as an appendix or afterthought in the style of the recent reports, these should be the questions that are tackled first. An economic policy that is not experienced as legitimate is seldom effective. This would be useful starting point for the further development of the EMU.

[1] Towards a Genuine Economic and Monetary Union. A report prepared by Herman Van Rompuy, President of the European Council in close collaboration with José Manuel Barroso, President of the European Commission; Jean-Claude Juncker, President of the Eurogroup and Mario Draghi, President of the European Central Bank, 5 December 2012. See also European Council conclusions on completing EMU adopted on 14 December 2012.
[2] December 2012, para 14; European Council conclusions on completing EMU, adopted on 18 October 2012, para 15.  For a discussion, see e.g. Päivi Leino and Janne Salminen, Should the Economic and Monetary Union Be Democratic After All? Some Reflections on the Current Crisis, 14 German Law Journal (2013) 844–868.
[3] See Päivi Leino and Janne Salminen, “Going ‘Belt and Braces’ – Domestic Effects of Euro-crisis Law”, EUI Working Paper LAW 2015/15.
[4]“Eurogroup chief: 'I'm for secret, dark debates'”, published by euobserver on 21 Aril 2011, available at https://euobserver.com/economic/32222 .
[5] For a discussion, see Päivi Leino and Janne Salminen, ’The Euro Crisis and Its Constitutional Consequences for Finland: Is There Room for National Politics in EU Decision Making?’, 9 European Constitutional Law Review (EuConst) 3/2013 451–479.
Posted by Steve Peers at 23:48