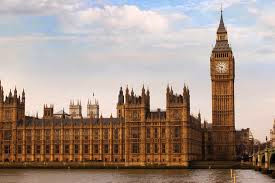 To all Members of Parliament,
Re: An open letter from UK internet law academic experts

On Thursday 10 July the Coalition Government (with support from the Opposition) published draft emergency legislation, the Data Retention and Investigatory Powers Bill (“DRIP”). The Bill was posited as doing no more than extending the data retention powers already in force under the EU Data Retention Directive, which was recently ruled incompatible with European human rights law by the Grand Chamber of the Court of Justice of the European Union (CJEU) in the joined cases brought by Digital Rights Ireland (C-293/12) and Seitlinger and Others (C-594/12) handed down on 8 April 2014.
In introducing the Bill to Parliament, the Home Secretary framed the legislation as a response to the CJEU’s decision on data retention, and as essential to preserve current levels of access to communications data by law enforcement and security services. The government has maintained that the Bill does not contain new powers.

The legislation goes far beyond simply authorising data retention in the UK. In fact, DRIP attempts to extend the territorial reach of the British interception powers, expanding the UK’s ability to mandate the interception of communications content across the globe. It introduces powers that are not only completely novel in the United Kingdom, they are some of the first of their kind globally.

Moreover, since mass data retention by the UK falls within the scope of EU law, as it entails a derogation from the EU's e-privacy Directive (Article 15, Directive 2002/58), the proposed Bill arguably breaches EU law to the extent that it falls within the scope of EU law, since such mass surveillance would still fall foul of the criteria set out by the Court of Justice of the EU in the Digital Rights and Seitlinger judgment.

Further, the bill incorporates a number of changes to interception whilst the purported urgency relates only to the striking down of the Data Retention Directive. Even if there was a real emergency relating to data retention, there is no apparent reason for this haste to be extended to the area of interception.

DRIP is far more than an administrative necessity; it is a serious expansion of the British surveillance state. We urge the British Government not to fast track this legislation and instead apply full and proper parliamentary scrutiny to ensure Parliamentarians are not mislead as to what powers this Bill truly contains.